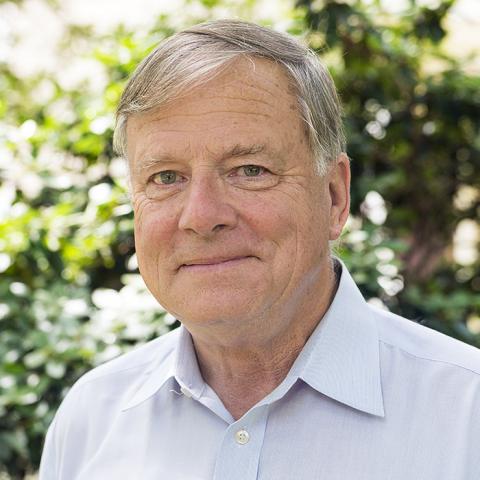 My research interests lie in the intersection of cosmology and radio astronomy.  For virtually all of my career, I have been investigating the cosmic microwave background (CMB), the “heat” left over from the Hot Big Bang origin of the Universe.  I was involved in early measurements of the CMB spectrum to confirm its cosmic origin, as well as early searches for small fluctuations in the temperature of the CMB.  These small changes in temperature from point to point on the sky provide us detailed information about the nature and distribution of matter when the Universe was only a few hundred thousand years old.  Careful measurements of these CMB fluctuations, from both space and the ground,   have turned cosmology into a precision science.  For more than a quarter century, I was a member of the Planck satellite team (both the satellite and a false-color map of the CMB it produced are shown below).

I am currently a member of the Atacama Cosmology Telescope (ACT) team, and of its successor, the Simons Observatory.  Both are ground-based: the ACT telescope (shown below) is located at 17,300 ft above the Atacama Desert in northern Chile.

Here's a link to a few good web sites dealing with the CMB maintained by others. For those interested in the history of the field, see Finding the Big Bang, a Cambridge University Press book I worked on along with Jim Peebles and Lyman Page.

CMB observations require radio astronomical techniques.  So my investigations into the CMB have widened to include radio studies of other extragalactic objects like galaxies and clusters of galaxies.  For instance, together with colleagues from Arizona State and the National Radio Astronomy Observatory, I made the most sensitive maps of the radio sky.  One of these is the radio-frequency map of the Hubble Deep Field.  Our radio observations appear as yellow contours laid over the optical image, made by the Hubble Space Telescope.  Radio images like this have helped us to examine the properties of galaxies, including star-forming galaxies, at great distances, and hence seen much earlier in their evolution.  The radio  image was made at the Jansky Very Large Array (VLA), an array of 27 antennae located in New Mexico; I've made VLA observations, often with Haverford students, from its earliest days in 1980 up to the present.  One quick indication of the sensitivity of the VLA: the energy received from one of the sources in the map above is roughly equivalent to the energy that would pour in from a flashlight located on Saturn!

Astronomy education – and science education and outreach more generally – have been deep interests over the past couple of decades.  I have, for instance, looked at undergraduate astro curricula, and served for some years as the Education Officer of the American Astronomical Society (AAS).  As often happens as scientists grow older, I've also become interested in the history of my field; as it happens I've been involved with the CMB since a few months after its discovery in 1965 (see Finding the Big Bang, already mentioned, and chap. 8 of The Oxford Handbook of the History of Modern Cosmology.)

I have tried hard to involve undergraduates in my research: many students from Haverford and other colleges are co-authors of publications listed in my cv.

Over the years, I taught a range of astronomy courses, from introductory survey course to specialized upper-level courses in radio astronomy, stellar structure and cosmology.  Along the way, I've also taught physics, generally at the introductory or intermediate level.  One product is a set of supplements for those teaching cosmology at the undergraduate level; see C5.

Service to the Scientific Community

My role in national and international scientific societies (listed in my cv) has allowed me to be involved in activities such as strategic planning in physics and astronomy, and reform in science education.  In addition to my service to the AAS, I was for several years president of the Astronomical Society of the Pacific and of the Division of Cosmology and Extragalactic Astronomy of the International Astronomical Union.  I've also served on advisory committees or review panels for the National Science Foundation, Berkeley, Caltech, Princeton, etc., and as a referee for several astronomy journals.  And I love giving public talks, such as “The Universe: the 2020 Model.”