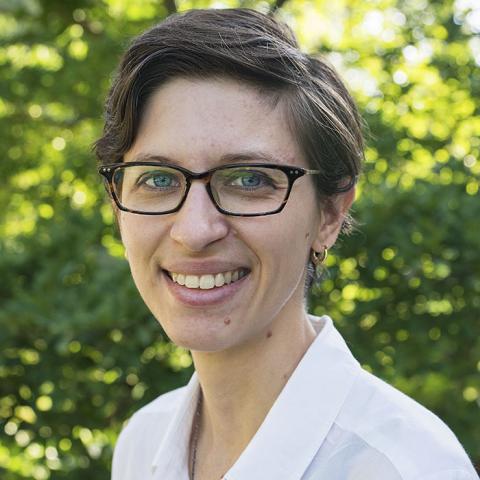 Anna-Alexandra Fodde-Reguer is one of the Humanities Research and Instruction librarians, covering the fields of Art, East Asian Languages and Cultures, Philosophy, and Religion. Anna received her Ph.D. in Asian Languages and Cultures from the University of Michigan in 2014, and her M.L.I.S. from the University of Pittsburgh in 2017. Her research interests include early Chinese religion, early Asian science and technology, and the intersections of art and religious practice. She is a specialist in Chinese divination practices.

In her free time, Anna spends time with her family, cultivates orchids, plays with her cats, photographs her neighborhood, and enjoys visiting museums. Her favorite Philadelphia-based museum is the Institute of Contemporary Art.