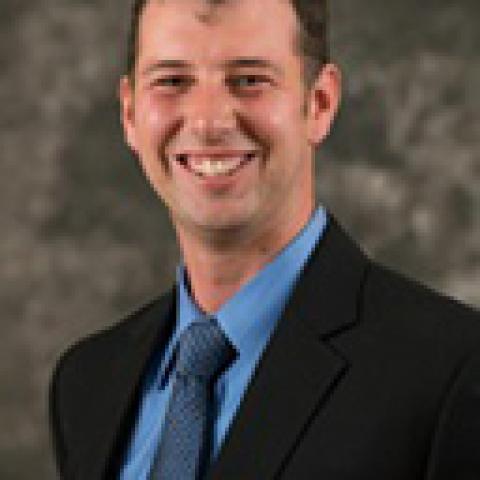 Andrew Cohn, a two-time ITA National Assistant Coach of the Year, is in his third year with the Haverford College women’s tennis team. Making an immediate impact, Cohn has led the Fords to back-to-back Centennial Conference Tournament semifinal appearances. He guided Haverford to just its second appearance in the Centennial Conference Championship match and the program’s first-ever national ranking in 2018.

Cohn took over the Haverford program after spending the four seasons as an assistant coach at Pomona College where he had the opportunity to spend the spring 2014 and 2015 seasons, along with the fall 2016 season, as the interim head coach.

“It was clear to me that Haverford is a special place with a positive atmosphere and commitment to entrusting their student body. I am both excited and honored to become a member of this incredible community at Haverford College. I look forward to getting to work with this outstanding group of young women as we strive for success both on and off the court,” said Cohn at the time of his hiring.

“Andrew arrives at Haverford with a proven record of success at an institution with similar academic and athletic values,” said Director of Athletics Wendy Smith ’87. “Andrew's desire to establish Haverford women's tennis as a competitively successful program in the Centennial Conference and at the national level while maintaining his commitment to supporting the academic, athletic and extracurricular goals of our student-athletes make him an ideal addition to our athletic department.”

As the interim head coach in 2014, Cohn led the Sagehens to a No. 9 national ranking as his team collected a 17-8 record overall to reach the NCAA Division III Regional Finals. His guidance also helped a doubles pairing reach the semifinals of the NCAA Championships. Continuing that trend of success, Pomona improved its spot in the national rankings during each of the next three seasons.

Cohn was instrumental in recruiting back-to-back top five nationally ranked recruiting classes during the next two seasons. In his second year as interim head coach, he led the Sagehens to a 15-7 mark with five first-year players in the lineup. His team finished No. 7 in the national rankings and earned another regional finals appearance. In addition to coaching his returning All-America doubles team to those same honors, Cohn was honored as the 2015 ITA National Assistant Coach of the Year.

During the 2016 and 2017 seasons, Pomona finished with respective 20-4 and 16-8 records to rank sixth in the ITA poll at the conclusion of both seasons. Those last two seasons featured a 2016 Division III ITA Indoor National Championship before finishing runner-up in 2017. Cohn was once again honored as the ITA National Assistant Coach of the Year following the 2017 season. In his three years as interim head coach, seven players earned All-America status. His team also excelled in the classroom as the Sagehens earned the ITA All-Academic Team Award during each of his four seasons and had 18 student-athletes who were named ITA Scholar-Athletes.

In addition to his national coaching awards, Cohn was named the ITA West Region Assistant Coach of the Year during both of those seasons and was recognized as part of the Southern California Intercollegiate Athletic Conference (SCIAC) Coaching Staff of the Year in 2016 and 2017.

Cohn got his start in coaching at the University of La Verne while also getting his master’s in business administration. In his two seasons, La Verne achieved its first national ranking in school history and climbed as high as No. 14 in the team national rankings.

Before coaching at his alma mater, Cohn was a four-year member of the Pomona-Pitzer men's tennis team, helping the program climb to as high as No. 8 in the nation his senior year (2011), when he served as a team captain. He attended Pitzer College, where he graduated with a dual major in economics and political science and was recognized as an ITA Scholar-Athlete.

From 2007-2016, Cohn was employed by the Nike Tennis Campus in Santa Cruz, Calif. where he coached up to 80 tournament-level junior players for seven weeks in the summer, rising from camp counselor to assistant director to co-director in 2016. In 2017, Cohn was named Camp Director for the Nike Tennis Camp in Malibu, Calif. He has also served as a junior tennis clinic instructor at the Claremont Club.