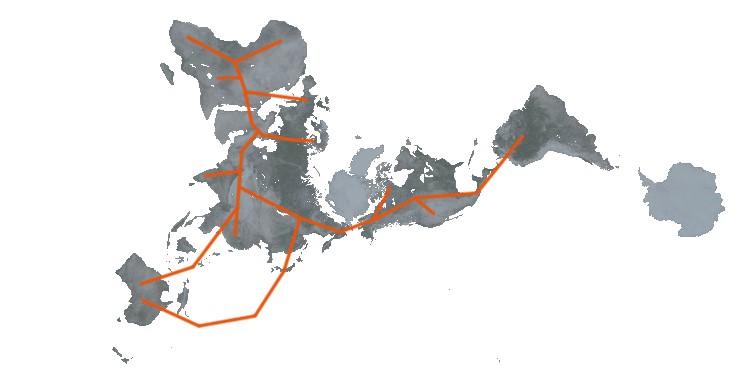 Migrations of the human race.

A Nexus for Haverford College’s Offerings on These Themes

Haverford College and the broader Tri-College Consortium have become global sites for transregional and diasporic connections. By “transregional connections,” we mean connections and exchanges made across and between the world’s regions: for example, those made between the Americas’ Eastern seaboard and North Africa, or between Oceania and the Caribbean. These include diasporic connections, in which the members of a group who have left a homeland connect with the regions in which they now reside, with other diasporas and other regions, and the region of the homeland. Hence transregional connections include transnational exchanges and movements, connections among diversities of all types, learning the world’s languages, global forces and networks, and planetary linkages. Haverford and the Tri-Co are fully engaged in understanding and fostering these connections. This webpage aims to connect up those engagements. So if you’re interested in any of those issues and their interconnections, you’ve come to the right place!

This project of the Transnational Working Group is primarily aimed at Haverford and Tri-Co Consortium faculty. However, we hope it will also be useful to students, staff, alumni, and the broader community. We have arbitrarily decided not to list the many Tri-Co student groups with a transregional or diasporic theme, such as Haverford’s new International Student Center.

Did you encounter a broken link? Have a resource you'd like added? Get in touch with the Transnational Working Group.

Are you in any other group in the Tri-Co with a focus on transnational issues, diversities, exchanges across the world’s regions, languages, global affairs, or diasporas? Does that group have a website? If so, let us know, and we’ll add it here!