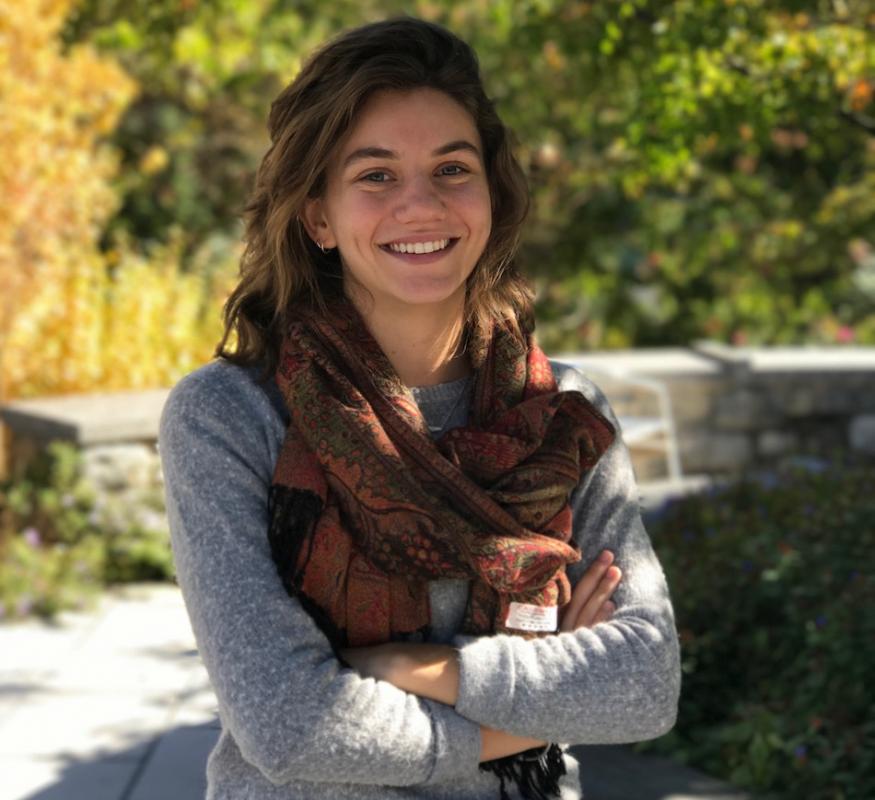 My favorite class was Evolution of the Jihadi Movement with Professor Barak Mendelsohn. This was the first class I had taken that explicitly merged my interest in the Middle East with politics in a tangible way. Previously, I knew that I wanted to study political science, but after taking Jihadi Movements I knew exactly what within the department I wanted to focus on (international relations, security studies), and how to apply the theory to a very real current issue.

I came into college knowing that I wanted to study political science. I have always been a history buff, and was interested in global affairs. Political science seemed like the best way to merge those topics. I did not declare my concentration in Middle Eastern Studies until long into my junior year. I took Evolution of the Jihadi Movement during my sophomore fall, and continued taking courses surrounding the study of the Middle East in an attempt to better understand the region since then. It was not until I returned from studying abroad in Jerusalem that I declared the concentration, since I had basically fulfilled the requirements just by taking courses that interested me.

I was fortunate enough to have the opportunity to work for two different think tanks and do independent research with Professor Mendelsohn during my summers and while abroad. These were amazing opportunities to see what a future in research/academia would look like, and as I now work on my own thesis I have a definite advantage in handling the online resources related to the Middle East and the study of non-state actors in the region. These opportunities also afforded me with a number of connections in the think tank establishment that I was able to speak to regarding their own career paths. I have since come to realize that the aspects of working in research that I enjoyed do not necessarily correlate with a career in research, but I consider myself lucky to have come to that conclusion prior to graduation as opposed to while I am in graduate school.

Having studied abroad with students from all over the world who were interested in the Middle East, what most surprised me was how interdisciplinary Haverford's concentration in Middle Eastern Studies truly is. I took it for granted that students interested in Middle Eastern politics would have a grounding in the cultures/religions/history of the region, but I found that to not be true at all. My ability to analyze political events has been greatly enhanced by the well-rounded understanding the concentration has given me, and I am able to make connections that may be missed by someone who knows the modern politics of the region inside and out, but never bothered to take a course on the history of the Ottoman Empire, for example.

While I know that I will always have a passion for the Middle East, I am no longer looking to continue along in think tanks or academia. I am currently applying for positions more within the business sector, specifically in consulting and management training. Compared to the other applicants, I know my resume looks a little different, but the skills I've taken away from my liberal arts education (writing, concise communication, the ability to manage complex projects) are marketable anywhere. As I interview with various companies, my background in Middle Eastern politics continues to be a point of interest, and at the very least makes me stand out in a crowd of applications.