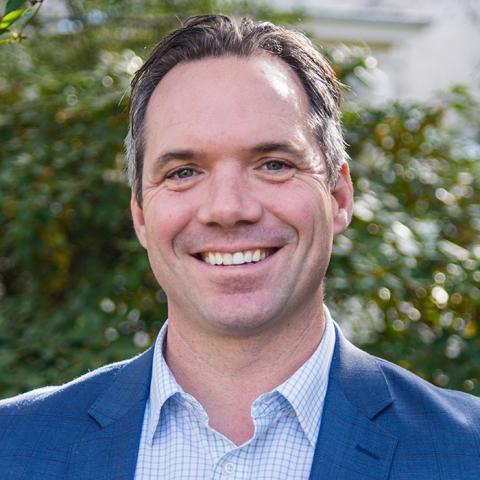 Haverford College Students and Faculty regularly focus their research on questions of justice. Among considerable bodies of such research, faculty have nominated eight students for special recognition for Publicly Engaged Research. Publicly Engaged Research (a) advances understanding and action for peace, social justice, or global citizenship, (b) emerges with and from people most affected by the justice / injustice question under consideration, and (c) is developed and disseminated in a manner conscious of inclusive and accessible knowledge mobilization. Nominees will present their research...

Amanda Grolig '19, Sociology, was the first award winner for her thesis, Restorative Justice Education and Masculine Flexibility, completed through a relationship with Let's Circle Up, a long-standing partner of the Center for Peace and Global Citizenship.

Noorie Chowdhury ‘21, for the thesis, “Building a Framework for Studying Urban Informality.” Noorie’s thesis emerged from direct experience working with disenfranchised populations in India and Greece. The thesis combines philosophical and empirical research to examine the production of informal economies and “gray spaces” on the margins of major cities and how occupants of such spaces navigate their self-governed economies. The thesis also explores how informal economies often permeate and are vital to the functioning of ostensibly formal economic practices. In emphasizing the interdependence of formal and informal spaces, Noorie seeks to generate an anticolonial and non-extractive ethical framework for seeing and resisting the violences perpetrated against marginal populations in gray spaces. Within this general ethical framework, Noorie has been particularly interested in gift economies and systems of mutual aid as alternative means of survival for these marginalized populations. This interest in diverse economies and social justice has never been merely academic. Noorie draws directly from the service she did before college in Mumbai, where she worked with women and youths in slums and fundraised for villagers. She also draws from a summer fellowship in Greece, where she worked with Bangla and Urdu-speaking refugees.

Frances Condon ‘21, for the thesis, “What Can Bloom? An Abolitionist Study of Policing at Haverford College.” Frances’s project follows the footprints of student movements across the United States pushing for the abolition of campus police along with abolition of policing and the university as a whole. The thesis investigates the history and impacts of policing at Haverford College, focusing on the institutional security force known as Campus Safety and the related forms of policing and surveillance enacted by white students, faculty, and staff. Frances drew on college archives, an anonymous survey, and semi-structured interviews to analyze how policing at Haverford replicates and upholds the violence of settler colonialism, racial capitalism, hetero-cis patriarchy, and ableism/sanism. They hoped that the project would serve as a tool for those at the college and beyond who are fighting for a world where true safety is possible. Since publication, this project has been engaged by students and community-members in teach-ins, projects, and events. Frances is currently working on a website to make the archives, surveys, and other materials from the project more accessible.

Chris Conrad ‘21, for the thesis, "Why Goliath Sometimes Wins: Explaining the Outcomes of Extinction Rebellion." Chris’s research focused on the Extinction Rebellion social movement and its varying successes and failures at driving change in the UK with respect to climate policy. He argues that the movement succeeded in driving changes to policy early on due to its unique strategy, but later struggled due to changes in the wider political context. Participatory action research was a significant component of his multimethod approach. He both drew data from the movement and is giving his research back to the movement. His findings offer insights for both Extinction Rebellion and other movements interested in influencing policy outcomes.

Erica Kaunang ‘22, for a Zine project that amplifies Southeast Asian communities’ stories and histories. Erica’s project explores how to trace Southeast Asian communities’ histories and personal stories to not only understand what organizing looks like now but conceptualize a framework for radical Asian American activism. Situated within that community, Erica asks, How can we process, heal, and organize around the different forms of violence Asian communities are facing in the age of COVID-19 through a radical lens of community care and transformative justice? How can we look at Queens, New York and Philadelphia as sites of tension, progress, and transformation for Asian communities? This thesis takes the form of a zine to follow the legacy of women of color anthologies, as well as the history of zines rooted in accessibility and community building. Rooted in autoethnography and oral histories of impactful Southeast Asian community leaders, this project emphasizes that in order to build a better future for ourselves, we must start with our own stories, our neighborhoods, and the people that nurtured us.

Collin Kawan-Hemler ‘22, for contributions to The Ticha Project, including a co-authored chapter, “Caseidyneën Saën: Learning Together: Colonial Valley Zapotec Teaching Materials.” Collin has demonstrated the ability to do collaborative research while partnering with Zapotec community members and communicate the work in both pedagogical and academic contexts. He brings curiosity about and sensitivity to the larger context and social impact of work while at the same time giving meticulous attention to the details of the current work at hand. Collin provided some of the most helpful critical feedback on drafts of chapters in Caseidyneën Saën. His capacity to do more than this became clear very early on, so he was invited to co-author a chapter (with another research assistant). The chapter is now available on the Ticha Project page (Kadlecek and Kawan-Hemler 2021) and has already been used in undergraduate classrooms at the University of Florida and at California State University, Northridge. Bringing the chapter to publication required presenting several drafts to the Ticha team, including the Zapotec advisory board members, receiving their feedback, and revising.

Pelagia Majoni ‘22, for ongoing work in Africana Studies and Computer Science contributing to expanded access to computer and science education in Zimbabwe. Pelagia’s thesis, “Beginners Understanding of Object-Oriented Programming,” identified a set of guidelines educators can use to make Computer Science more accessible to beginners and to marginalized communities who have not always had access to a computer. The results will support further improvement of “TekTose Introduction to Computer Programming and Chicken Rearing Bootcamp,” an initiative that has successfully introduced girls to computers and expanded educational opportunities while strengthening food security. These efforts began in response to many young peoples’ requests as they had expressed need for mentorship and access to educational opportunities. Several students have met with success, gaining access to Computer Science programs at strong higher education institutions, along with securing early career work opportunities.

Lulu Obaditch ‘22, for the thesis, “Political Isolation: Long-Term Solitary Confinement & State Repression of Black Radical Dissent.” Lulu’s project seeks to understand how the state has used physical and psychological torture in the form of solitary confinement to dissuade activists from organizing in prison, and to quell other forms of political dissent. This research advances social justice because it seeks to show that the dissent that the government wanted to put down is connected to liberation politics of black organizers and other groups seeking justice through political mobilization. Her work is not only a historical documentation of how this has occurred, it is also a project in critical theory that examines the very tools of scholarship and research—so it also intervenes on social justice issues in ideology and within academia.

Hannah Yeakey ‘21 for the thesis, “School Climate and Disability Inclusion: An Exploration of Determinants of School Climate and Its Impacts on Best Practices.” Hannah conducted a close study of K-12 disabled education and how school climate shapes compliance with state and national regulations. Hannah came to this topic both out of her longstanding interest in education and her very direct involvement with Carousel Connections, an Ardmore-based organization that supports disabled youth and adults. In her research, Hannah arranged interviews and field visits within local school districts in Philadelphia and the surrounding suburbs. Hannah found major differences in the climate of school districts connected to differences in the socioeconomic levels of the district. Specifically, schools with more resources had climates that were less communicative, more individualistic, and adversarial with parent-teacher relationships; although they were able to hire more experienced teachers and provide more resources. Schools with fewer resources were unable to provide as many material resources to staff and students, but their climates were more communicative, had high levels of initiative, and were more collaborative. These findings bring up further questions regarding the importance of a strong school community, the impact that resource has on school climate, and how parent wealth impacts the services provided at a school. Interviewees have reached out to consider findings, including a local school board member.