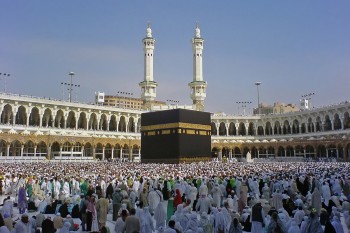 The Center for Peace and Global Citizenship welcomes four distinguished Muslim scholars for a day of lectures and discussion on contemporary reform and revival in Islam. Join us on Thursday, December 8 from 9:30am-4:30pm in the Multicultural Center, Stokes 106.

Join four distinguished scholars for a day of lectures and discussion on contemporary reform and revival in Islam.

li Mirsepassi is professor of Middle Eastern studies and sociology and director of Iranian Studies Initiative at New York University. He is the author of Political Islam, Iran and Enlightenment (Cambridge University Press, 2011), Democracy in Modern Iran (New York University Press, 2010), Intellectual Discourses and Politics of Modernization: Negotiating Modernity in Iran (Cambridge University Press, 2000), and Truth or Democracy (published in Iran); coeditor of Localizing Knowledge in a Globalizing World (Syracuse University Press, 2002); and guest editor of“Beyond the Boundaries of the Old Geographies: Natives, Citizens, Exiles, and Cosmopolitans” in Comparative Studies of South Asia, Africa and the Middle East (CSSAAME), spring 2005. He is currently completing a book entitled: At Home and In the World: Islam, Cosmopolitanism, and Democracy.

Mohsen Kadivar is an Iranian theologian and jurist and visiting professor of Religion at Duke University. He received a complete traditional Islamic education in Islamic philosophy, theology and law, ending with a certificate of Ijtihad, the highest degree in Islamic religious tradition at the Islamic seminary at Qom. He pursued his secular education, which ended with a Ph.D. of Islamic Philosophy and theology from Tarbiate Modarress University in Tehran.

He was a professor at Mufid University in Qom, Tarbiate Modarress University and the Iranian Institute of Philosophy in Tehran before coming to US. He was the visiting professor at Law School of Harvard University (2002) and University of Virginia (2008-2009).

Kadivar published 13 books and over 50 articles in Persian and Arabic. His books include Book of Reason, The Theories of State in Shi'i Fiqh, Theocratic State, and Islam and Human Rights. Among his articles in English are â€˜Freedom of religion and Thought in Islam' (2006), â€˜Intellectual Islam and Human Rights' (2009), â€˜Wilayat al-Faqih and Democracy'(2011) and â€˜From Traditional Islam to Islam as an End in Itself'(2011).

Mahmoud Sadri is Professor of Sociology, Texas Woman's University. He has a Ph.D. in sociology from the New School for Social Research. His major interests include Comparative Sociology of Religion, Sociology of Culture, and Theoretical Sociology. His area interests are Middle Eastern and Iranian studies, and Islamic Reformation. He (with Ahmad Sadri) translated, edited, and wrote a critical introduction to Reason, Freedom, & Democracy in Islam: Essential Writings of Ê»Abdolkarim Soroush. He writes regularly about intellectual movements in Iran.

Abdolkarim Soroush studied chemistry and philosophy of science at London University. He has taught philosophy, mysticism and theology at Tehran, Harvard, Princeton, Amsterdam, Georgetown and Maryland Universities. He is presently a visiting Professor at Haverford College. Soroush's ideas about Islam, freedom, and democracy are creating quite a stir in international intellectual communities as well as his home country, Iran. Time magazine named this potentially revolutionary religious philosopher as one of 2005's most influential people.

Sponsored by the Center for Peace and Global Citizenship and the Distinguished Visitor Program. Organized by Mark Gould, Professor of Sociology and Abdolkarim Soroush, Visiting Professor of Religion.