Investigating the Effects of a Bacterial Signaling Molecule on Virus-Induced Mortality in a Marine Alga, Megan Coolahan '22 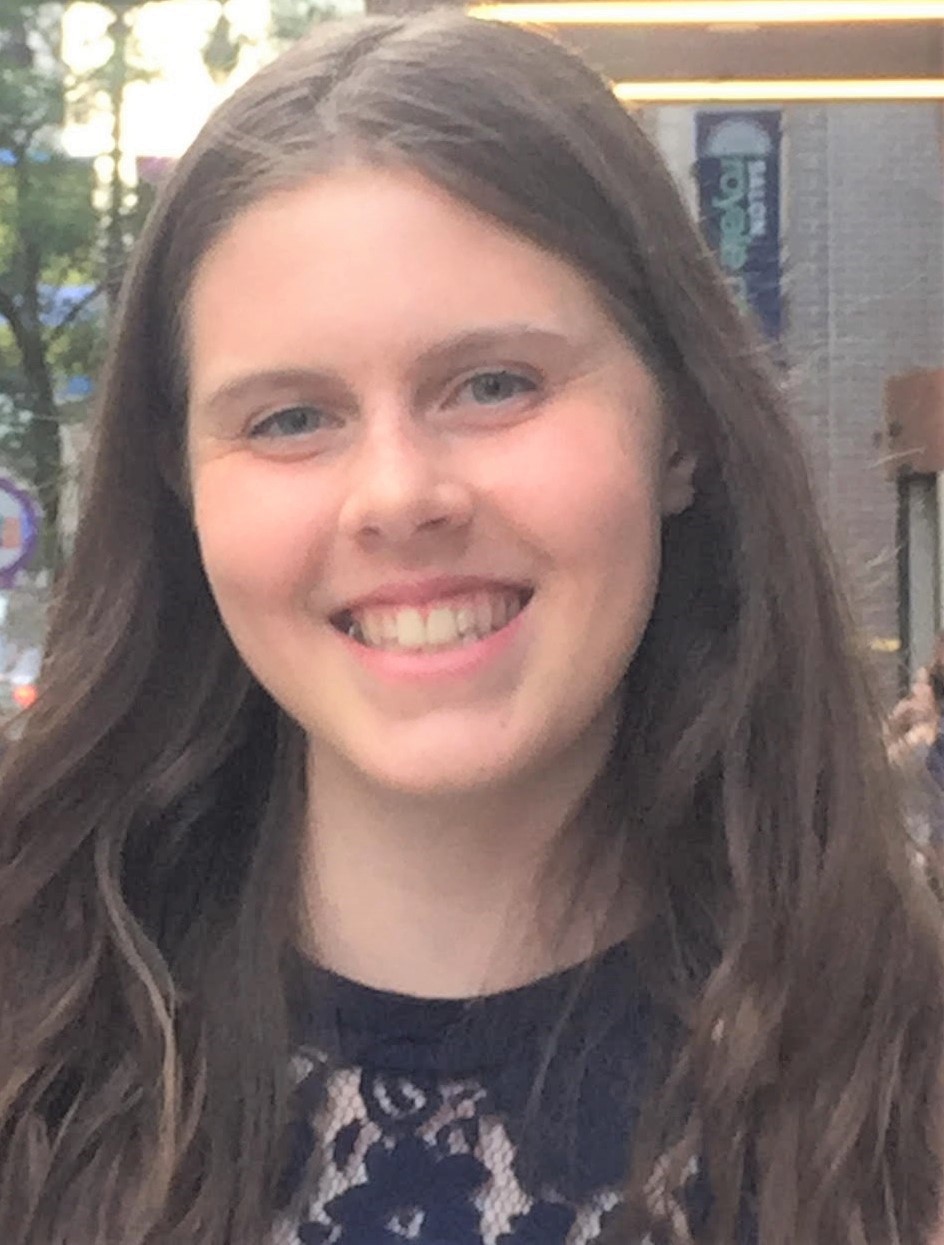 The bacterial signaling molecule 2-heptyl-4-quinolone (HHQ) protects the phytoplankton Emiliania huxleyi from virus-induced mortality. This summer, I developed hypotheses to explain this phenomenon and methods to test my hypotheses.

One microliter of surface ocean water contains approximately 10,000 viruses, 1000 bacteria, and 100 phytoplankton. While invisible to the naked eye, these microorganisms drive global primary productivity and nutrient cycling, and their interactions have major impacts on marine community structure. In the (virtual) Whalen Lab this summer, I explored the interconnections between the phytoplankton species Emiliania huxleyi, a key player in global carbon cycling, and its host-specific E. huxleyi virus (EhV). While the termination of E. huxleyi blooms by EhV is well-documented, it has only recently been discovered that bacteria can manipulate the dynamics of viral infection in E. huxleyi through chemical signals known as quorum-sensing molecules. The marine bacterium Pseudoalteromonas piscicida produces a quorum-sensing molecule called 2-heptyl-4-quinolone (HHQ) that protects E. huxleyi from virus-induced mortality. However, the mechanism by which HHQ protects E. huxleyi from virus-induced mortality remains unknown. My goal this summer was to develop hypotheses explaining how HHQ prevents virus-induced mortality in E. huxleyi and devise methods by which these hypotheses could be tested in the laboratory.

Creating these hypotheses required a deep dive into the primary literature on viral infection of phytoplankton to identify metabolic pathways that were essential to viral infection of E. huxleyi and were impacted by HHQ. One of the first such pathways I identified was de novo nucleotide biosynthesis, which is critical to viral genome replication and transcription. Viruses are passive infective agents that hijack their hosts’s cellular machinery to produce new viruses that lyse the host cell and proceed to infect new hosts. This process requires successful replication and transcription of the viral genome, which is dependent on free nucleotide pools maintained by the host cell. Interestingly, alkylquinolones (molecules structurally similar to HHQ) are known to inhibit the rate-limiting enzyme of de novo pyrimidine nucleotide biosynthesis, dihydroorotate dehydrogenase (DHODH), suggesting that HHQ may be a DHODH inhibitor as well. Furthermore, chemical inhibitors of DHODH have previously been used as antiviral therapies in mammalian cells, drawing a connection between the antiviral activity of HHQ and its possible role as a DHODH inhibitor. Inhibition of DHODH and de novo nucleotide synthesis even provided an explanation for the increased DNA damage observed in HHQ-exposed cells; without enough free nucleotides to repair the thousands of DNA lesions that a cell sustains each day due to normal cellular processes, DNA damage is likely to go unrepaired in cells treated with a DHODH inhibitor like HHQ. Based on this compelling evidence, my first hypothesis was that HHQ prevents viral lysis of E. huxleyi cells through inhibition of de novo nucleotide biosynthesis that obstructs viral genome replication. The primary methods I proposed to test this hypothesis were a biochemical inhibition assay to directly test whether HHQ inhibits E. huxleyi DHODH as well as high performance liquid chromatography (HPLC) measurement of intracellular nucleotide pools to measure the effect of HHQ on nucleotide pools in the cell.

As I continued exploring the literature, another pathway essential to viral infection of E. huxleyi emerged: lipid biosynthesis. Viral infection drastically remodels the lipidome of an E. huxleyi cell, impacting several key classes of lipids. For example, viral infection causes upregulation of genes involved in the production of triacylglycerols (TAGs), which often accumulate in the cell as lipid droplets and are used to store viral capsids and other hydrophobic viral proteins. Sterols are also important for virion construction, often becoming depleted in host cells as they are used to synthesize virion membranes. Perhaps the most critical class of lipids in viral infection is glycosphingolipids (GSLs), a major component of the virion membrane and a key element of membrane lipid rafts involved in viral entry and budding. Realizing how drastically viral infection impacted lipid metabolism in host cells, I turned to the transcriptomic data previously produced by the Whalen Lab to investigate how HHQ impacted lipid biosynthesis. I found that HHQ caused differential expression of several genes involved in the production of these key lipid classes, such as serine palmitoyltransferase, the rate-limiting enzyme in the GSL biosynthetic pathway, and squalene synthase, a key enzyme in the sterol biosynthetic pathway. The profound effect of HHQ on lipid biosynthesis was also underscored by transmission electron microscopy (TEM) images of HHQ-exposed cells that reveal darkly stained puncta surrounding the chloroplasts. These puncta resemble lipid droplets, which are primarily composed of TAGs. This combination of transcriptomic and microscopic data suggested to me that HHQ may interfere with the lipid metabolism of E. huxleyi such that the virus cannot synthesize the lipids it requires for virion production. I therefore hypothesized that HHQ protects E. huxleyi from virus-induced mortality by altering cellular lipid metabolism to reduce the availability of essential lipids, such as sterols, glycosphingolipids, and triacylglycerols, to the virus. I proposed a combination of qualitative and quantitative methods to test this hypothesis, including HPLC-MS lipidomics to compare the concentrations of different lipids in HHQ-treated versus control cells, and superresolution microscopy using fluorescent probes to label and visualize different classes of lipids in the cell.

My summer experience culminated with writing a research proposal detailing the rationale behind my hypotheses and the methods by which I planned to test them. This project provided me with a unique opportunity to develop my ability to think, read, and write scientifically. Through developing my own hypotheses and proposing methods to test them, I learned how to critically read and interpret primary literature, a skill I will certainly use in many of my future science classes at Haverford. By writing a research proposal, I also began learning the nuances of scientific writing, such as how to logically organize information to support my hypothesis and tailor my writing to a specific audience of scientists. Receiving detailed feedback from Professor Whalen on several drafts of my proposal allowed me to appreciate the persistent effort and attention to detail required to craft an effective piece of scientific writing. I will continue using the skills I learned this summer throughout my time at Haverford as well as in my future scientific career. I am grateful to Professor Whalen, the KINSC, and the Beckman Foundation for providing me with this opportunity to learn and grow as a scientist during this challenging time.