International students can find many opportunities to work on campus during both the academic year and the summer.

F-1 regulations limit students to working only up to 20 hours a week when classes are in session. F-1 students can work more than 20 hours a week during breaks and over the summer. If you hold more than one position on campus, you must calculate the total hours worked across all jobs to ensure that you work twenty or fewer hours per week. Working more than the limit could constitute a violation of the student's F-1 status, which could have serious ramifications.

Students can find on-campus employment via the CCPA Part-Time Jobs Board or by networking with academic and other departments on campus.

Graduated students who wish to work on campus after commencement must have work authorization via optional practical training. 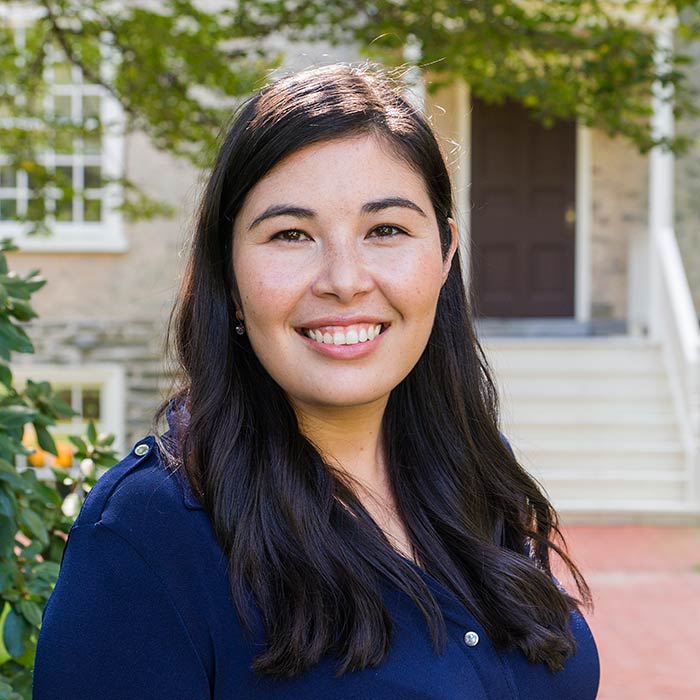 F-1 students should not engage in off-campus employment without the prior authorization by the Office of International Student Support, and, in most instances, U.S. immigration (USCIS). If there is any question about whether or not a particular endeavour qualifies as employment, students should contact ISSO before starting to work.

It is important to understand that off-campus employment means any employment that is not for Haverford College or Bryn Mawr College, and can include self-employment, working within the U.S. for a foreign-based entity, and can even include work for which no compensation is gained. You can learn more about differences between unpaid internships and volunteering in this Department of Labor Fact Sheet on Unpaid Internships.

Additionally, students may be eligible for employment authorization based on severe economic hardship or if working for a specific type of international organization.

At this time, there are no opportunities that meet the requirements for Curricular Practical Training.

Working in excess of the on-campus employment maximum, or working with an off-campus employer without prior authorization, constitute one of the most severe violations of F-1 status. We are required to report these violations to the U.S. government, and this will result in the termination of one's legal status. Please make sure to discuss employment plans with the International Student Support Office before engaging in employment.

Optional Practical Training is one type of work permission available for eligible F-1 students. Students are eligible for 12 months of practical training at each educational level. There are three types of OPT: pre-completion, post-completion, and STEM Extension. OPT allows students to get real-world work experience related to their major course of study. A student must complete a full academic year (two consecutive semesters) in order to be eligible to apply for OPT.

Please read the College’s policy on studying abroad and OPT. The College has determined that F-1 students studying abroad for either the full academic year or the spring semester may not apply for OPT while abroad. The logistics of applying for OPT while abroad involve an extraordinary amount of risk for program participants that the College does not support. Students who want to apply for OPT for a summer internship are encouraged to study abroad in the fall semester of their junior year.

How To Apply for OPT

How Do I Apply for a Social Security Number?

To apply for a social security number, a student must have secured employment (usually on-campus employment.) Students must have completed their first SEVIS registration and must have an I-20 in Active (not initial) status.

Please review the Social Security Application Guide and contact Natasha Weisz or come in walk-in hours when you are ready to have your SSN Work Authorization letter signed.

Who must file tax forms for the 2021 tax season?

Even if you did not earn any income, if you were physically in the US on F or J status anytime between January 1 – December 31, 2021, you're obligated to file a Form 8843 with the IRS (the Internal Revenue Service, or ‘IRS’, are the US tax authorities).

April 18, 2022 is the last day for residents and nonresidents who earned US income to file Federal tax returns for the 2021 tax year.

Who is considered Resident or Nonresident for Federal Tax Purposes?

We have teamed up with Sprintax to provide you with an easy-to-use tax preparation software designed for nonresident students and scholars in the US. F-1 students will receive an email from the Office of International Student Support with a code that covers federal tax preparation costs. Students must cover any fees related to state tax preparation services. We (and all other College staff) are not qualified or allowed to provide individual tax advice.

After you login to Sprintax,you will be asked a series of questions about the time you have spent in the US over recent years. Sprintax will then determine your tax status. If it determines that you are a "nonresident alien" (NRA) for federal tax purposes, you can continue to use the software to respond to a series of guided questions. Sprintax will then complete and generate the tax forms you need to send to the tax authorities.

However, if Sprintax determines that you are a resident alien for federal tax purposes, you won't be able to continue using the software.