STRANGE TRUTH 2016 offers up bodies: bodies in labor and in ecstasy, bodies inscribed by history and time, bodies conducting the sacred, bodies memorialized or erased, bodies retrieved through ritual and performance.

All screenings to be held at Bryn Mawr Film Institute or Haverford College. Each will be followed by conversations with filmmakers and critics.

The series is made possible by the John B. Hurford '60 Center for the Arts and Humanities' Mellon Creative Residencies Program and Leaves of Grass Fund; Bryn Mawr Film Institute; the Bi-College Department of East Asian Languages and Cultures; and Independent College Programs at Haverford College.  Additional support comes from the Department of Film and Media Arts at Temple University, Scribe Video Center, Painted Bride Art Center, and International House Philadelphia.

Four masterworks of the American Avant Garde tradition, shown in their original 16mm format, put the materiality of film on display through painting, scratching, looping, over- and underexposure, and rapid cutting.  These films luxuriate in visual incident, hallucinatory adventure, sheer color and rhythm, straining and rewarding close attention.

"I wanted to put into that materiality of film the energies of the body, so that the film itself dissolves and recombines and is transparent and dense—as one feels during lovemaking."—Carolee Schneemann

Note: These films include imagery that some viewers may find disturbing. 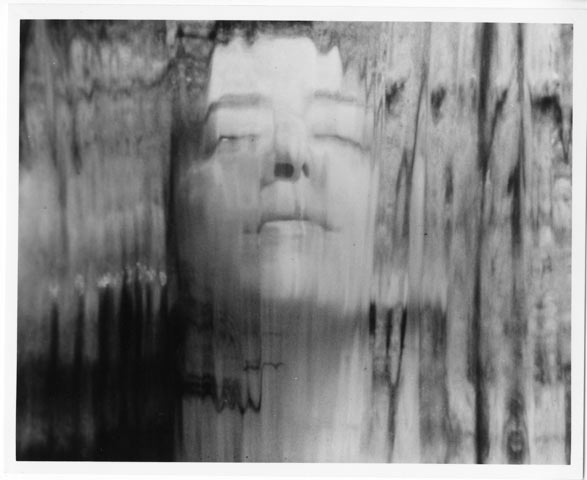 A pioneer in blending avant-garde techniques with documentary, experimental filmmaker Chick Strand brilliantly portrays the resilience of female sensuality in her 1979 masterpiece, Soft Fiction. The landmark film will be screened in its original and only available format, 16mm film, and will be preceded by her short film Kristallnacht, a shimmering meditation on water and light that was Strand’s homage to Anne Frank.  Film theorist Irina Leimbacher will introduce the film and lead a post-screening discussion. 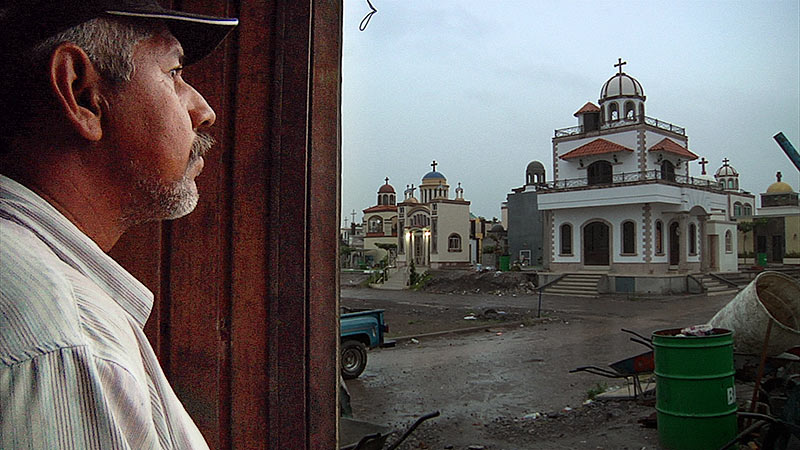 Amid a drug war that has claimed over 50,000 lives, El Velador follows a night watchman in his rounds at an extravagant "narco-cemetery," where some of Mexico's most notorious drug lords are buried. This haunting and contemplative documentary garnered filmmaker Natalia Almada a MacArthur “Genius” award in 2012.  Director Natalia Almada will be present for a discussion with the audience after the screening.

Co-sponsored by the Department of Film and Media Arts at Temple University and Scribe Video Center. The screening is presented in partnership with Painted Bride Art Center.

Hope Tucker will screen several videos from The Obituary Project and clips from other completed and in-progress obituaries. She will discuss the Project and her research based practice as a whole, highlighting her use of the photograph as a site of study and research; as a material object integrated into moving image work; and as a mode of production that incorporates, performs, and remakes the still image as fact and fiction. 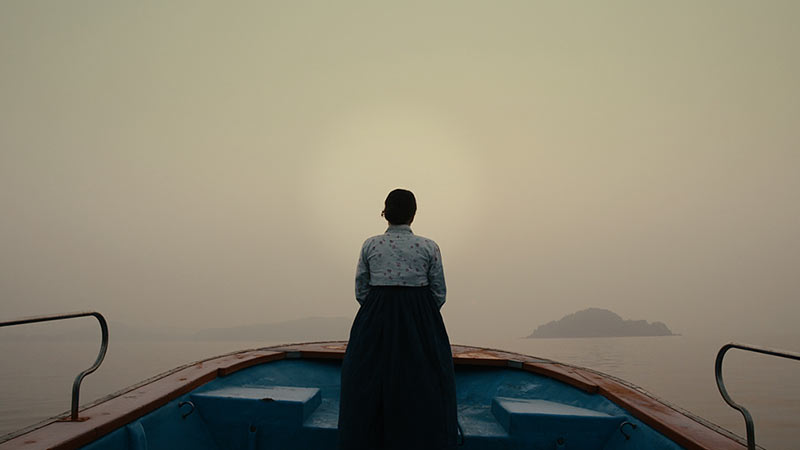 Manshin: Ten Thousand Spirits is a filmic portrait of Korea’s greatest living shaman Kim Keum-hwa. Artist and filmmaker Park Chan-kyong masterfully narrates a lifetime of hardship endured in a country that has undergone various traumas of colonialism, war, and division of the state through re-enactments and original footage of shamanic rituals performed by Kim. The screening is followed by a conversation between filmmaker Chan-kyong Park, Hank Glassman, Professor of East Asian Languages and Cultures at Haverford College, and Liz Park, curator of the exhibition Among the Unburied (March 18 – April 29, 2016) at Cantor Fitzgerald Gallery at Haverford College.

“In Everson’s cinema, Black people are neither victors nor defeated. Neither defeated, undone, nor recomposed. They are and remain undefeated.” —Emmanuel Burdeau

A conversation with Kevin Jerome Everson will follow the screening. 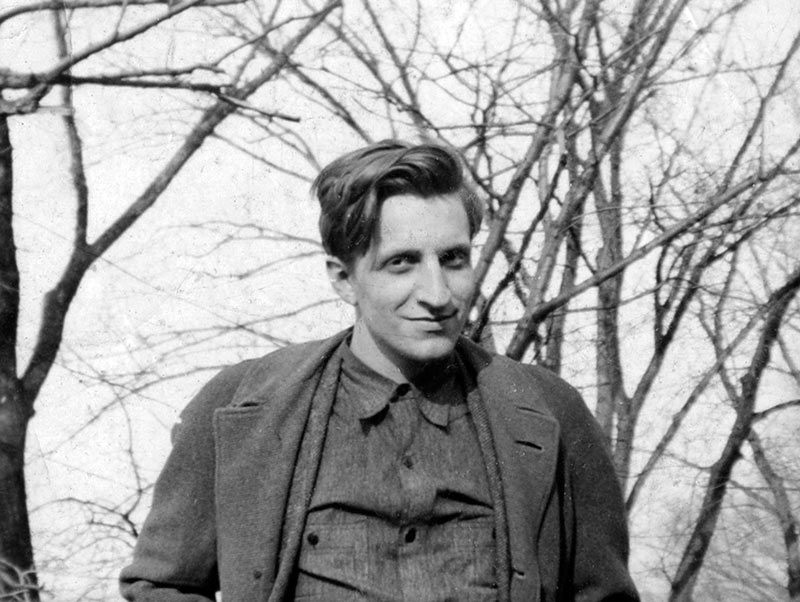 FIRST COUSIN ONCE REMOVED, Alan Berliner’s deeply personal portrait of Edwin Honig, his cousin and mentor, is a first-hand look at Honig’s journey through the ravages of memory loss and Alzheimer’s disease. Edwin Honig—poet, translator, critic, and teacher—wrote dozens of critically acclaimed books. FIRST COUSIN ONCE REMOVED artfully documents Honig’s condition with compassion, portraying his life with the same raw honesty that resonates in his poetry, written amidst a lifetime steeped in tragedy, love, loss, irony and literary daring. It is an unflinching essay on the fragility of being human and a stark reminder of the profound role that memory plays in all of our lives. Berliner will introduce the film and lead a post-screening discussion. 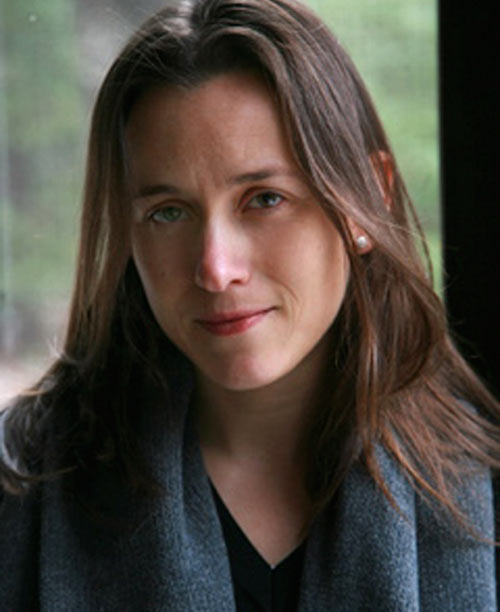 Recipient of the 2009 Sundance Documentary Directing Award for her film El General, Natalia Almada’s most recent film El Velador premiered at New Directors/New Films and the Cannes' Directors' Fortnight. Her previous credits include All Water Has a Perfect Memory, an experimental short film that received international recognition; Al Otro Lado, her award-winning debut feature documentary about immigration, drug trafficking and corrido music. Almada’s films have screened at Documenta13, The Museum of Modern Art, The Guggenheim Museum and The 2008 Whitney Biennial. All three feature documentaries have broadcast on the award-winning series POV. Almada has received the MacArthur, Guggenheim, USA Artists, Alpert and MacDowell fellowships. She graduated with a Masters in Fine Arts in photography from the Rhode Island School of Design and currently lives in Mexico City. 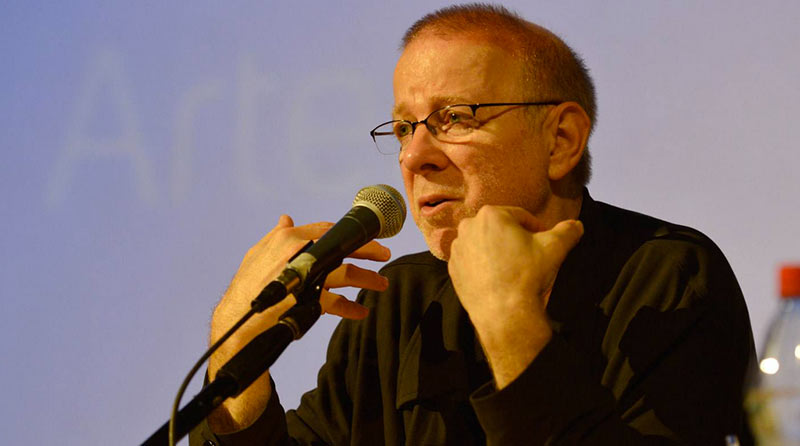 Alan Berliner's uncanny ability to combine experimental cinema, artistic purpose, and popular appeal in compelling film essays has made him one of America's most acclaimed independent filmmakers. The New York Times has described Berliner's work as "powerful, compelling and bittersweet... full of juicy conflict and contradiction, innovative in their cinematic technique, unpredictable in their structures... Alan Berliner illustrates the power of fine art to transform life."  Over the years, Berliner’s films have become part of the core curriculum for documentary filmmaking and film history classes at universities worldwide, and are in the permanent collections of many film societies, festivals, libraries, colleges and museums. All of his films are in the permanent collection of the Museum of Modern Art. Berliner was born in Brooklyn, raised in Queens and lives in Manhattan. He is currently a faculty member at the New School for Social Research in New York City, where he teaches a course entitled, "Experiments in Time, Light and Motion." 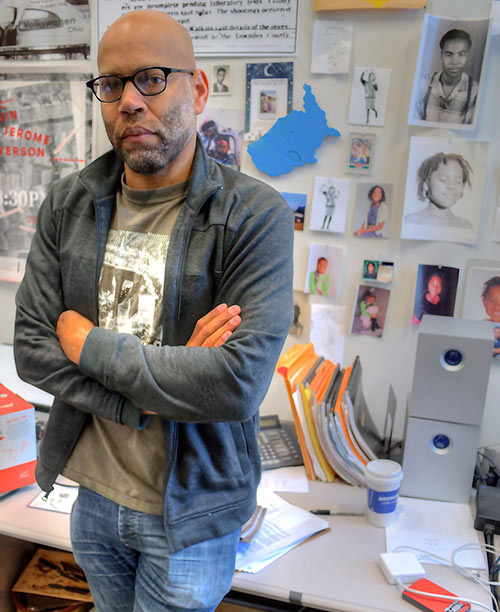 Kevin Jerome Everson (b.1965, Mansfield, Ohio) has a MFA from Ohio University and a BFA from the University of Akron. He is Professor of Art at the University of Virginia, Charlottesville. Everson was awarded the 2012 Alpert Award for Excellence in Film/Video; his films have been the subject of mid-career retrospectives at the Viennale, Vienna, Austria (2014); Visions du Reel, Nyon, Switzerland (2012); a solo exhibition at the Whitney Museum of American Art (2011) Centre Pompidou, Paris (2009) as well as the 2008 and 2012 Whitney Biennial and the 2013 Sharjah Biennial. His sculptures, photographs and films, including eight features and over 125 short form works, have been exhibited internationally at festivals, cinemas, museums and galleries internationally. 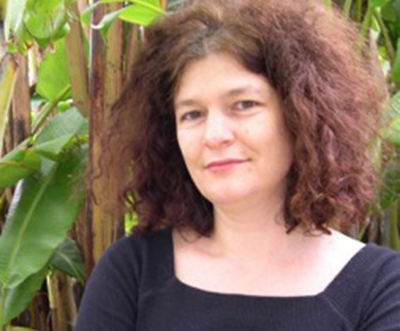 Irina Leimbacher is Assistant Professor in the Department of Film Studies at Keene State College where she teaches film history, documentary film, and world cinema. With a decade and a half experience as an experimental film curator, she continues to present programs of experimental work in various venues. She writes regularly for Film Comment and has published in Wide Angle, Bright Lights, and La critica sociologica and has written chapters for Radical Light: Alternative Film in the San Francisco Bay Area 1945-2000 and for forthcoming books on Robert Gardner and on Los Angeles experimental film culture. 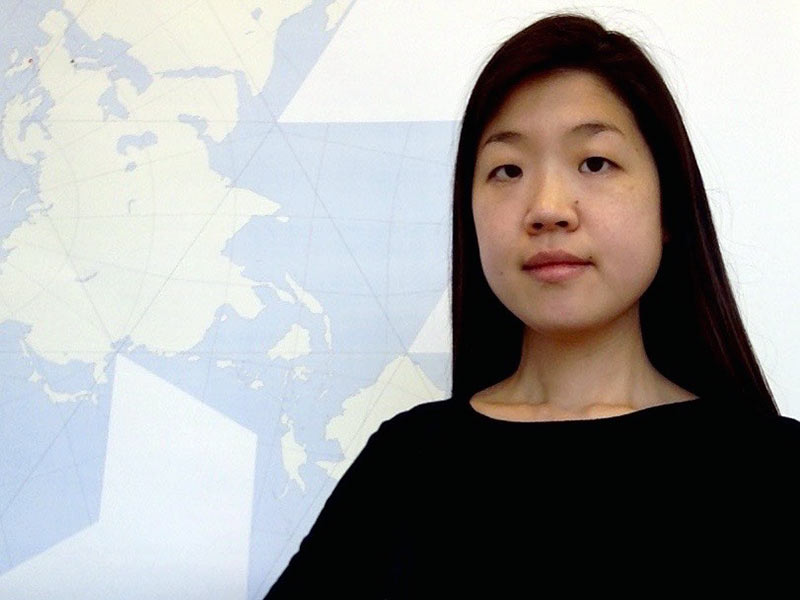 Liz Park, born in Seoul, Korea, is a curator and writer trained in Vancouver, Canada, and currently based in Pittsburgh as Associate Curator of Carnegie International 2018. Her international work as curator includes exhibitions at the Glenbow Museum in Calgary, the Kitchen in New York, the Institute of Contemporary Art at the University of Pennsylvania in Philadelphia, and Seoul Art Space_Geumcheon in Seoul. Her writing has been published by Afterall Online, ArtAsiaPacific, Performa Magazine, Fillip, Yishu: A Journal of Contemporary Chinese Art, Pluto Press, and Ryerson University Press, among others. In 2011–2012, Park was Helena Rubinstein Fellow in the Curatorial Program at the Whitney Museum’s Independent Study Program, and in 2013-2015, she was Whitney-Lauder Curatorial Fellow at the Institute of Contemporary Art in Philadelphia. 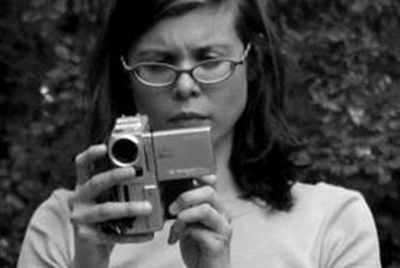 For the past fifteen years, Hope Tucker has worked to transform what we know as a daily form of terse, text-driven, populist narrative through The Obituary Project, a compendium of moving image and lens based works that gives new life to the antiquated documentary practice of salvage ethnography. She has animated cyanotypes of downwinders and instructions for making fishing nets by hand; photographed shuttered bread factories, fallen witness trees, and decaying civil rights era landmarks; recorded mobile phone footage of the last public phone booths of Finland; written the text of a video out of paper clips, a Norwegian symbol of solidarity and nonviolent resistance; and retraced the path of protest that closed the only nuclear power plant in Austria. Works from the project have screened in festivals, museums, and galleries including 21er Haus, Vienna; Ann Arbor Film Festival; Anthology Film Archives; Cairo Video Festival; European Media Art Festival, Osnabrück; Images Festival, Toronto; International Film Festival, Rotterdam; Museo Nazionale del Cinema, Torino; New York Film Festival; Punto de Vista, Pamplona; Vox Populi, Philadelphia; Wexner Center for the Arts, Ohio; Whitechapel Gallery, London; Zagreb Dox. Tucker has taught video, film, photography, animation, new media, and visual studies in the US and the UK, and is currently assistant professor of video and film at Hampshire College. 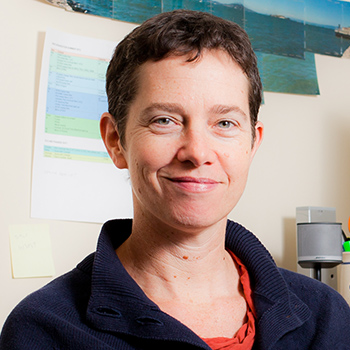 Vicky Funari is a documentary filmmaker, editor, and teacher. She produced, directed, and edited the feature documentaries MAQUILÁPOLIS (2006) and Paulina (1998); and she directed and edited Live Nude Girls Unite! (2000). These award-winning, critically acclaimed films have screened in many of the world's most respected film festivals, including Sundance, Locarno, Havana, Rotterdam, SXSW, and Tribeca, and have aired nationally on public and cable television.  From 2006-2009, Funari directed the MAQUILÁPOLIS binational Community Campaign, working with activist organizations and factory workers to promote public dialogue and social change. Funari is an editor, most recently of the documentary Strong! (2012), directed by Julie Wyman. She is currently directing two documentaries:  one, in post-production, tells a story of healthy aging, community, and ladies in a pool; while the other, in development, is about American rivers and their environmental and human histories. 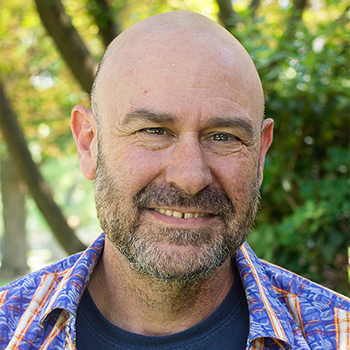 Hank Glassman is Associate Professor of East Asian Languages and Cultures at Haverford College, where he has taught since 2001. His research is on religion in medieval Japan, especially as represented in vernacular literature and visual culture. Hank has published work on the history of burial and graves, on Buddhist icons, and on didactic fiction. He is the author of The Face of Jizo: Image and Cult in Medieval Japan (Hawai’i, 2012) and numerous articles. He is currently engaged in research on a project tracing the history of stone grave markers in Japan.