Anarchism has inspired global social movements for more than two decades, yet remains peripheral to academic debate. Scholars have developed sophisticated conceptions of radical democracy, but these have been slow to inform on-the-ground organizing. Both frameworks critique the imperial foundations and racial exclusions of liberal theory and institutions, as do a growing contingent of scholars and activists who demand a thoroughgoing decolonization of our social, political, and intellectual lives.

This symposium explores what common ground and what tensions exist between these critical perspectives by providing a unique forum for conversation amongst an international ensemble of respected organizers and scholars.

Group Discussion – “What We Mean When We Say … Anarchism, Decolonization, Radical Democracy”

"Slavery and the Anarchist Rejection of Democracy"
Ruth Kinna, University of Loughborough, UK

“From Anarchism to Ranciére: Radical Democracy as Active Democracy”
Todd May, Clemson University

Second Panel: Self-determination without a State?

"Liberating Democracy from the Premises of the Dominant Global Order: The Rojava Revolution"
Dilar Dirik, University of Cambridge and Kurdish Women's Movement 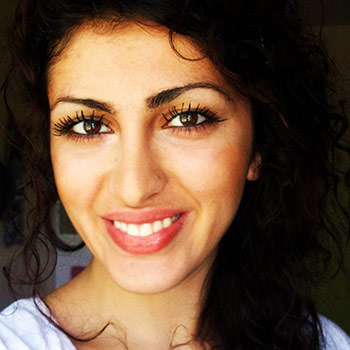 Dilar Dirik is an activist of the Kurdish Women’s Movement and a PhD candidate in the Sociology Department of the University of Cambridge. She compares the intersections of gender and institutions of power such as nationalism, capitalism, and the state in the Kurdish liberation movement.

Chris Dixon, originally from Alaska, is a longtime anarchist organizer, writer, and educator with a PhD from the University of California at Santa Cruz. His writing has appeared in numerous book collections as well as periodicals such as Anarchist Studies, Clamor, Left Turn, and Social Movement Studies. He serves on the board of the Institute for Anarchist Studies and the advisory board for the activist journal Upping the Anti. Dixon lives in Ottawa, Canada, on unceded Algonquin Territory, where he is involved in anti-poverty organizing. His new book is Another Politics: Talking Across Today's Transformative Movements, published by University of California Press. Find him at writingwithmovements.com. 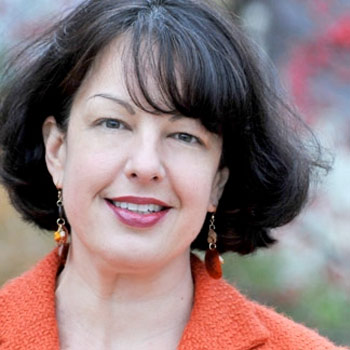 J. Kēhaulani Kauanui is an Associate Professor of American Studies and Anthropology at Wesleyan University, and earned a PhD in History of Consciousness from UC-Santa Cruz. Her research areas include Hawaiian nationalism, anarchist theory and politics, gender and sexuality, critical race theory, and comparative indigenous politics. Kauanui co-produces the radio programs “Anarchy on Air”, and previously served as co-producer and host of another anarchist radio show, The Horizontal Power Hour. Additionally, she served as sole producer and host of a public affairs radio program "Indigenous Politics: from Native New England and Beyond," from 2003-2007, which was widely syndicated. She authored the book Hawaiian Blood: Colonialism and the Politics of Sovereignty and Indigeneity, and is currently completed a book titled, Thy Kingdom Come? The Paradox of Hawaiian Sovereignty. She serves on the advisory board of the US Campaign for the Academic and Cultural Boycott of Israel and is active in the Boycott, Divestment, and Sanctions Movement.

Ruth Kinna is based at Loughborough University, UK and teaches political thought and theory. She has published on nineteenth and early twentieth-century socialist thought, contemporary radical political theory, particularly anarchism and the utopianism of prefigurative politics. She is the author of A Beginner's Guide to Anarchism (One world, 2005/2009) and editor of the journal Anarchist Studies and the recent collection, the Bloomsbury Companion to Anarchism (Continuum 2012/Bloomsbury 2014). She is also co-editor with Laurence Davis of Anarchism and Utopianism (Manchester, 2009), and with Alex Prichard, Saku Pinta and Dave Berry of Libertarian Socialism: Politics in Black and Red (Palgrave/Macmillan, 2013). She is currently completing a book-length study of Peter Kropotkin’s political thought (Kropotkin: Reviewing A Classical Tradition) for Edinburgh University Press and working on a project, ‘Anarchism and non-domination’, with Alex Prichard at Exeter University, UK.

Dr. May took his Ph.D. from Penn State University in 1989, and has been at Clemson (after a brief stint at Indiana University of Pennsylvania) since 1991. He specializes in Continental philosophy, especially recent French philosophy. He has authored thirteen philosophical books, focusing on the philosophical work of Michel Foucault, Gilles Deleuze and Jacques Rancière. His book The Political Philosophy of Poststructuralist Anarchism has been influential in recent progressive political thought, and his work on Rancière is among the first in English. May’s writings also seek to bridge the gap between "Anglo-American" and "Continental" styles of philosophy that developed in the early twentieth century. His teaching interests are varied; he has found himself teaching classes as diverse as Anarchism, The Thought of Merleau-Ponty, Resistance and Alterity in Contemporary Culture, Secular Ethics in a Materialist Age, and Postmodernism and Art. 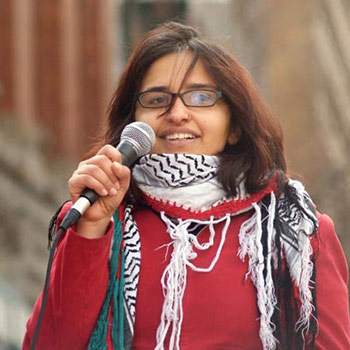 Harsha Walia is an author and activist who is formally trained in the law. She immigrated from India and currently resides in Vancouver, on the lands of the Indigenous Coast Salish people, and works as an advocate in the poorest postal code in Canada.

Harsha has been named one of the most influential South Asians in BC by the Vancouver Sun and one of the ten most popular left-wing journalists by the Georgia Straight in 2010. Award-winning author Naomi Klein has called Harsha “one of Canada’s most brilliant and effective political organizers.” She is the winner of the Canadian Center for Policy Alternatives "Power of Youth" award.

Harsha's writings have appeared in over fifty academic journals, anthologies, and magazines, including Briarpatch, Canadian Dimension, Dominion, Feministing, Fuze, Left Turn, Mondoweiss, People of Color Organize, Rabble, Racilicious, Sanhati, Z Magazine, and others. She has contributed essays to academic journals including Race and Class, as well as chapters in the anthologies Power of Youth: Youth and community-led activism in Canada; Racism and Borders: Representation, Repression, Resistance; Beyond Walls and Cages; Stay Solid; Broken Trouble: A Toolbox for Revolution; Organize! Building from the Local for Global Justice, and the Winter We Danced.

As an activist, Harsha is a cofounder of the migrant justice group No One Is Illegal and the progressive South Asian network Radical Desis. She is also an organizer in the Annual Women’s Memorial March Committee, Defenders of the Land Network, Housing Justice Coalition, and sits on the boards of the South Asian Network for Secularism and Democracy as well as Shit Harper Did. She is a youth mentor for Check Your Head and an editorial collective member at Feminist Wire. Harsha has made a number of presentations to the United Nations on social and economic justice issues and is a commentator and speaker at conferences, campuses, and media outlets across North America.

Andrew Cornell is a Mellon Postdoctoral Fellow and Visiting Assistant Professor of American Studies at Haverford College, Pennsylvania. He holds a PhD in American Studies from New York University.

Cornell’s second book, Unruly Equality: U.S. Anarchism in the 20th Century, will be published by the University of California Press in the fall of 2015. Unruly Equality traces the philosophy of anarchism as it evolved from the violent creed of a coterie of poor immigrants early in the 20th century to one that today appeals primarily to middle-class youth and foregrounds ecology, feminism, and opposition to cultural alienation. The book offers an accessible intellectual and social history of anarchist thought and activism in the United States, as it developed in relation to the rise of Communism, the New Deal, atomic bombs, the black freedom struggle, and a succession of artistic avant-gardes during the six decades stretching from 1915 and 1975.

Cornell is also the author of Oppose and Propose! Lessons from Movement for a New Society (AK Press, 2011), a study of a feminist pacifist organization active in the 1970s and 1980s. He has written for a variety of academic and general readership journals, including Utne Reader, LiP, Clamor, Left Turn, Journal for the Study of Radicalism, Perspectives on Anarchist Theory, Wiretap Magazine, and MRzine.

Before arriving at Haverford, Cornell taught at New York University, the Harry van Arsdale, Jr. Labor Studies Center of Empire State College-CUNY, Université Stendhal – Grenoble 3, and Williams College. He has also worked as a labor organizer and with a variety of social justice and arts initiatives including: Philadelphia Books through Bars, United Students Against Sweatshops, projet MOBILIVRE-BOOKMOVILE project, and Mountain Meadow, a summer camp for children of LGBTQ parents.