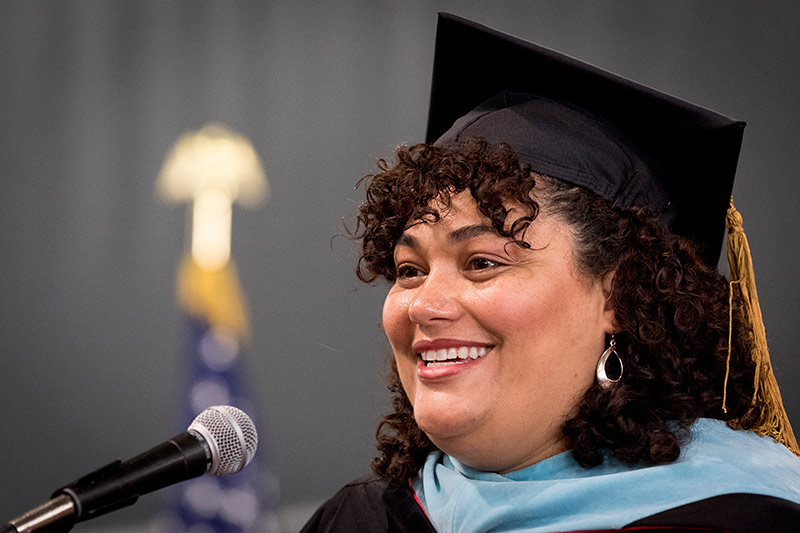 Raquel Esteves-Joyce gives the opening remarks to the Class of 2019 during Commencement .

"I don't know where I belong," I lamented to my then fiancé as I looked at the impenetrable graduation processional through the university. I did not live on campus, go to school full-time, or graduate in four years with a coveted career. Those were luxuries I could not afford and most of my time at college was spent surviving not thriving. I was invisible to most and I hid from many.

In classes where I could not access the dialogue of power and feared asking for help was evidence of my inferiority, I felt lost. I would go from sitting in the front, to the middle, and inevitably, I'd disappear with no one inquiring about me. The labor I engaged in was more than just intellectual, it was spiritual. I was making myself manifest in spaces I felt unseen and unwanted. I was learning to unlearn and rethink my education. I considered what it meant to be a poor brown girl from the neighborhood public schools who made it to college with lots of student debt but little cultural capital. In spaces where questioning texts, authors, and professors were hailed as the markers of a scholar I wrestled with how incongruent that was with my schooled experience of deferring to authority and accepting, not interrogating, what I was taught. I was socialized to become a compliant worker, not a leader. In these spaces that became painfully evident as my peers were well versed in self-promotion while I was a scholar in self-deprecation. They spoke comfortably in class, showcasing their knowledge while I searched for my long silenced voice. I secretly feared I was deficient, mistakenly admitted with no proof I belonged. I held myself solely responsible for not belonging until I began to realize admission to college did not mean acceptance nor did it equate to access. I was fighting to find my way in spaces that were not originally created for me and, at that time, had done little to include, affirm and support me.

This is why I wasn't a part of the festivities leading up to graduation, including practice, and couldn't find my place. I was ready to leave for the last time; certain no one would notice me even with my graduation attire. However, my family saw me; they loved me. They ushered me to that day with hope while my now husband lovingly nudged me into the processional so I could be seen as I took my place.

That ushering and gentle nudge to/through your path is part of how I understand our work at Haverford. We are here to bear witness to, and honor who you are, where you come from, and what you bring as you embark on this intellectual inquiry and new chapter in your academic journey. We support you as you co-create spaces with your presence, ideas, questions, deeds and words.For Haverford College, as it exists, could not be without the intellect, ingenuity, fortitude, perspective, and resilience that FGLI students possess.

Personalize that truth for there will be days when you feel like an imposter. I did. When you have those moments, (for they will come) recall the brilliant person you are, where you come from, why you are here, and where you are headed. Know that you belong. Then know that isn't enough. For our work in academia is an opening, widening and reimagining of closed, narrow, and exclusive spaces until we all belong. 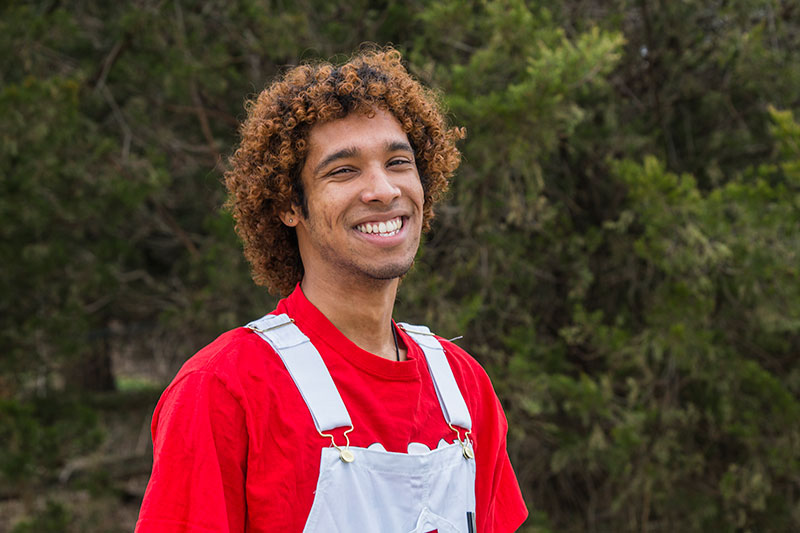 Before accepting my admission to Haverford, I was honestly worried about my finances because I knew that I would not have any kind of familial support. I was determined to find at least one job in the first semester and hopefully have a second job. This need for a job had me checking the job board every day throughout the whole summer. Luckily, I was able to get a job at the GIAC and I started working as soon as classes began.

I won’t lie, my first year was rough, especially when it came to time managing. Juggling work, academics, extracurriculars, leadership roles, a social life, and personal mental, physical, and emotional health can be brutal but it isn’t impossible. There were many times during the semester where I would find myself bitter because I had to work while there were fellow peers that had no other responsibilities other than academics. I missed out on a lot of opportunities and experiences due to work. This taught me to plan fun events and hangouts ahead of time while still taking into account the amount of time I needed for work as well as academics.

If you’re worried about finding a job, I would recommend checking the job board every week. With the job board, I recommend finding jobs where you have some time to do your homework. Some examples of these are the GIAC, Library, and the Campus Center. If you’re like me and you’re working three jobs, these types of jobs will allow you to schedule study time during those shifts. If y’all have any questions on jobs or scheduling, please don’t hesitate to email me at lfebres@haverford.edu. I would have liked to get an idea of how life was juggling jobs and academics on top of responsibilities back. 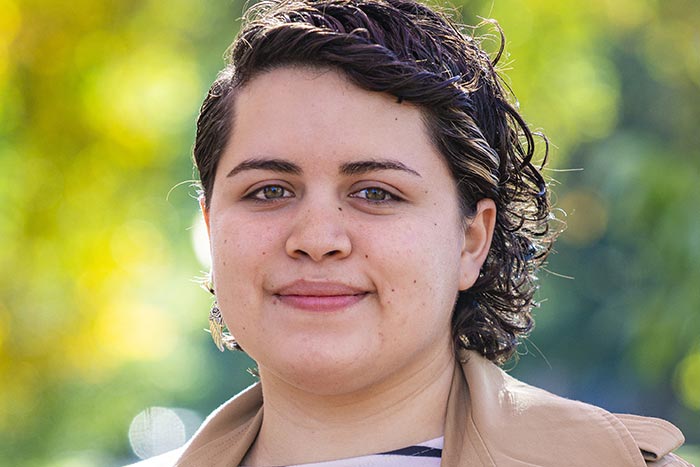 As a FG/LI student, getting a job was not an option, it was a necessity. I combined three jobs, which meant I could work many hours. Pairing this along with classes and general necessities could be difficult and seeing as I was never really good at time management in high school, it felt like I was always running from one place to another, never truly giving it my full effort.

Somewhere along the way I started setting up appointments with the OAR, specifically with Raquel. At first, I was somewhat ashamed that I didn’t seem to be faring as well as my peers in balancing everything, so I didn’t admit to all the things I needed help with. I would schedule appointments somewhat sporadically whenever I felt the most desperate, but eventually at some point, I couldn’t lie to myself anymore. I needed more support in how to do all I needed to do, in a timely manner.

At first, it was scary to roll out the long list of things I needed to do paired with the hours I worked, but Raquel calmly took it all in stride and logically broke it down for me. Throughout the second semester, I scheduled weekly meetings with her, getting her help with anything from how to do an annotated bibliography to making a study schedule for a particular week. Her sound and careful planning genuinely saved my grades and my study habits.

Haverford has many resources for students, so I urge incoming first years to be honest and unafraid when using these resources. If something feel’s lost in translation from high school to college, places like the OAR can help you find them. 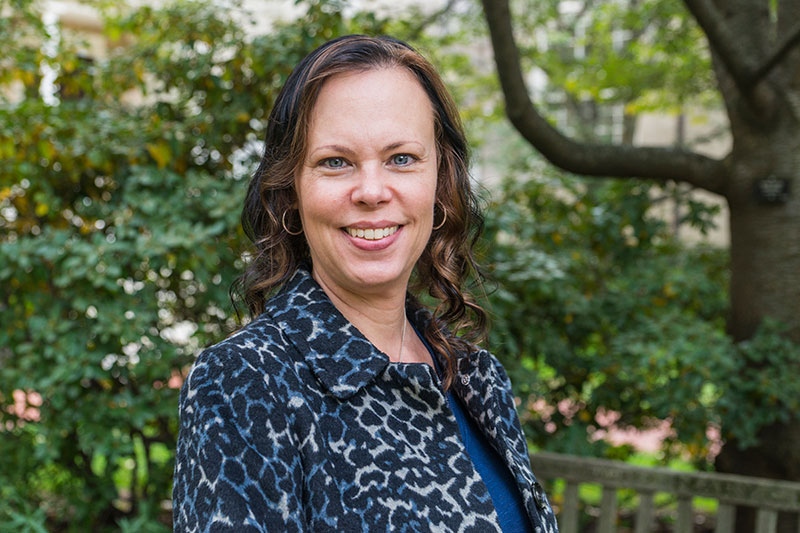 My parents thought education was very important and they were supportive of me but also: I can see now that they didn’t fully know how to prepare me for college because they hadn’t experienced it. At the time it seemed like some of my fellow students were just better at being college students than I was. Now I can see that they had been offered better preparation, both at home and in the schools they attended, than I had been offered.

My main message to you is that this was only a temporary advantage for them. You will overcome it very quickly, especially if you ask for help when you need it. The good news is that there are so many ways to get help—the writing center, the office of academic resources, the office of multicultural affairs, counseling and psychological services, your professors and deans, your fellow students, all of these sites offer different kinds of support. Maybe the huge state school I attended had some of these resources… but I wouldn’t know because I never sought them out because I didn’t know I could ask for help. Learn from my mistakes! Don’t feel shy about reaching out.

Also, if/when you feel like a fish out of water, remember that college is meant to be challenging—it is a time of learning both in and out of the classroom. One of my hardest struggles in college was learning not to be defensive when faced with criticism or new ideas. Maybe some of what makes you uncomfortable will end up being the source of positive growth. On the other hand, these years also offer time for you to confirm for yourself who you are. Sometimes that means learning to resist the pressure to be something that you are not. Be open to change, but remain true to yourself. And remember: no one gets into Haverford by mistake. You are here because you deserve to be here. 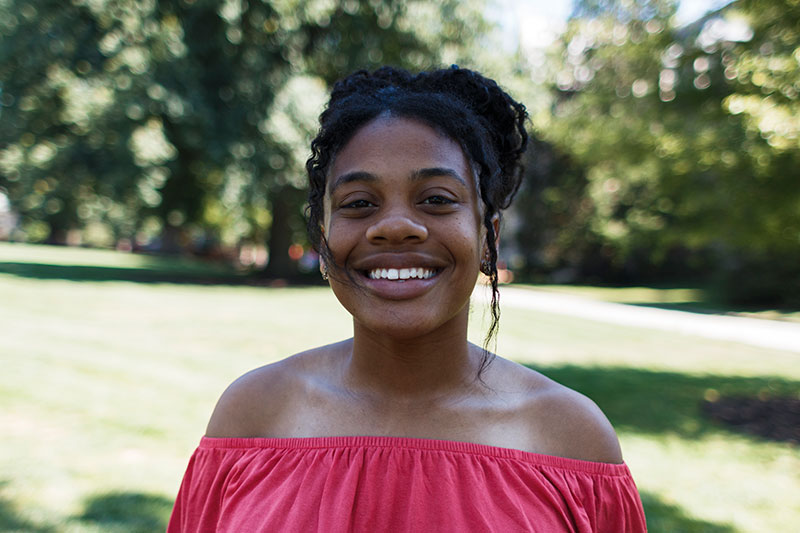 My start to finding a community within Haverford began with understanding that my journey towards finding my people would be different than most of my peers.

There’s a lot of pressure on first-years to find their community on their Customs’ hall, but sadly, that does not happen for everyone. Understanding this unwritten code helped me form an intentional community with the people I met while attending FG/LI workshops and dinners. I took advantage of everything that I could get my hands on and applied to about any application that was sent to me. Most importantly, I allowed myself to feel discomfort when stepping into unfamiliar spaces. There are bound to be academic, social, and financial struggles, but the FG/LI community will be well taken care of as long as we look out for one another and know that our metric of success is based off of everyone succeeding within the community. As you navigate Haverford and realize what resources are beneficial, don’t forget to lift your community with you as you are elevated.