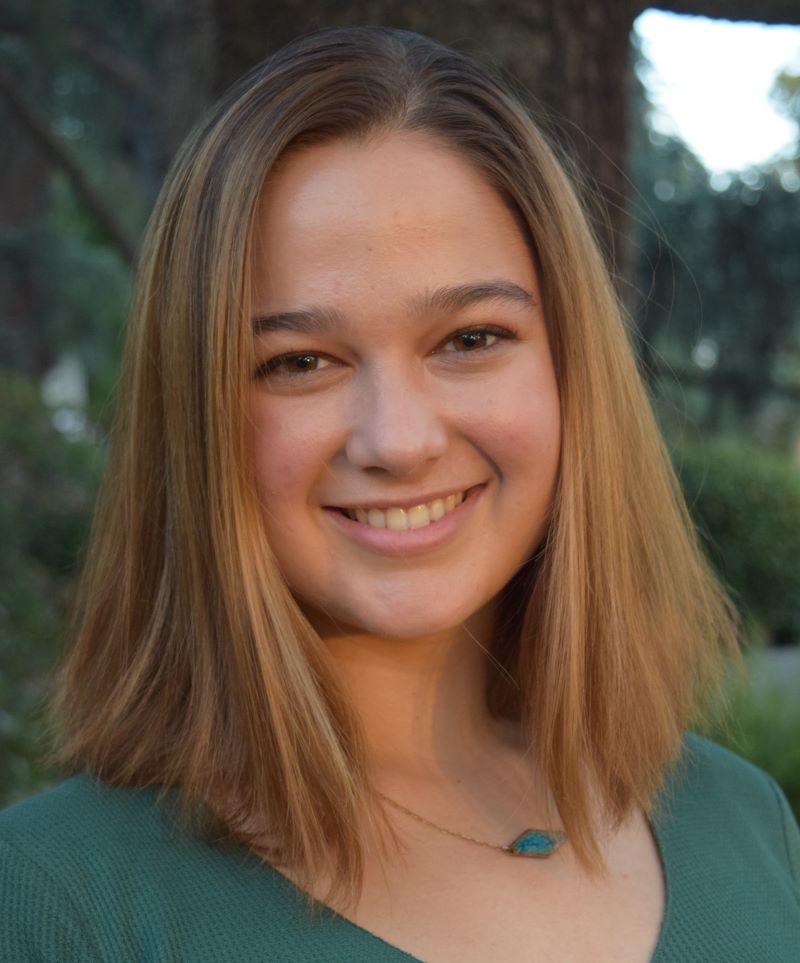 Economics major Sophie Schleifer ’22 has long been passionate about generating systemic and real change. Originally anticipating to major in Political Science, Sophie revised her plan after participating in a high school Global Initiative Program (GIP) where Rand Corporation’s adjunct researcher, Bruce Bennett, spoke about his role as advisor to President Obama on the Korean nuclear weapon crisis. Upon reading that Dr. Bennett majored in economics as an undergraduate, Sophie decided to pursue the widely applicable discipline, anticipating to utilize the major to pursue her strong interests in politics, global strategies and government policies.

When considering colleges, she looked at small liberal arts schools located near a metropolis, with strong academics and Division III sports. She was excited to explore a city far from her Pasadena, CA home. Haverford checked all the boxes with the added bonuses of a strong community and an education that encourages curiosity and exploration. She participated in an overnight visit and met with both the soccer team and the running team. After deliberation, she joined the running team, participating in cross-country, indoor and outdoor track events.

Freshman year, Sophie took Professor Saleha Jilani’s Introduction to Economics and began the Economics path. She has fond memories of the communal grind of working on problem sets with her peers.  The application of logic and economic-style of critical thinking came naturally. This advanced her pursuit of seeking out electives that explore topics she’s passionate about, such as sustainable social goals, finance, impact investing and dismantling discriminatory practices. Courses like Professors Shannon Mudd’s Impact Investing, Saleha Jilani’s Economic Development: China vs. India, and Michael Levere’s Health Economics, steadily satisfied her elective journey.

Her study of economics taught her about structural maladies in our society, from healthcare inadequacy to racial wage discrimination, which led her to contemplate how to best create impact at a professional and individual level. Sophie had long been involved in her art communities and realized visual storytelling truly resonated with her. Knowing that media platforms are important mechanisms for influencing and moving groups of people, Sophie declared a Minor in Visual Studies. She plans to apply what she has learned in economics to examine inequality discrimination and development using media and film.

Sophie has enriched her academics with internships.  The summer after her first year, Sophie was hired as a data analyst for Los Angeles based Genesis Economic Development Corporation, whose “mission is to deliver financial solutions that advance economic and social opportunities in underserved communities.”  She worked with lawyers, accountants and loan officers, gaining insight into these professions as well as how low-income and new market tax credits are applied to benefit communities.

Professor Shannon Mudd assisted her in securing an internship in Philadelphia the summer following her sophomore year, with ImpactableX Analytics, an impact metrics and analytics start-up that evolved out of a local venture capital firm.  Sophie conducted research on sustainability, assisted in creating a model on how seed companies can measure value, and computed and composed analytical reports on various companies.

In addition to internships, Sophie has pursued economics through study abroad. Sophie took classes at the London School of Economics spring of 2021, where she studied urban economics, global philosophy, and Central European history. During the summer, she lived in a council estate sublet that sparked her curiosity in English social housing provisions and policy, which became an incubator for her thesis topic, examining “The Right to Buy” (RTB) scheme, implemented by Margaret Thatcher in the 1980 Housing Act. The RTB “offered qualifying social housing tenants the opportunity to purchase their current residence for a discounted price. Eligibility criteria required that tenants had lived in any social housing for a total of three years before applying to the scheme. Once tenants qualified, they could apply to purchase their current residence with a discount on the property’s market value.”  She “plan(s) to estimate the impact of the Right to Buy policy change on several outcomes: homelessness, income, economic inactivity, migration, and income support claimants.”  Sophie explores whether “the discount cap change is a mechanism for increasing homelessness. “

During her Junior year, Sophie established a student video network and production company for video, film and television production, named Student-Led Online Programming (SLOP) Studios. With two other people on her team, they were awarded $12,000 in funding to advance this campus initiative during the summer Haverford Incubator Program.  They met with copyright lawyers, CEOs, and Haverford alums to learn how to build their own business model. The tangible product from the fellowship was a student film festival with guests from Producers Guild of America, SLAMDANCE, the Child’s Play Franchise, and That 70’s Show.

Next year, Sophie will be attending the Robert Day Scholar Program, a one-year Master’s in Finance Program with a full scholarship at Claremont McKenna. She is excited to be back in sunny Southern California and will be down the road from her younger sister, who is studying at Havery Mudd, a consortium school. She plans to develop finance and business skills to prepare for a career in production and the entertainment industry. Her long term goal is to be a studio executive and contribute institutional change in the media and entertainment business.