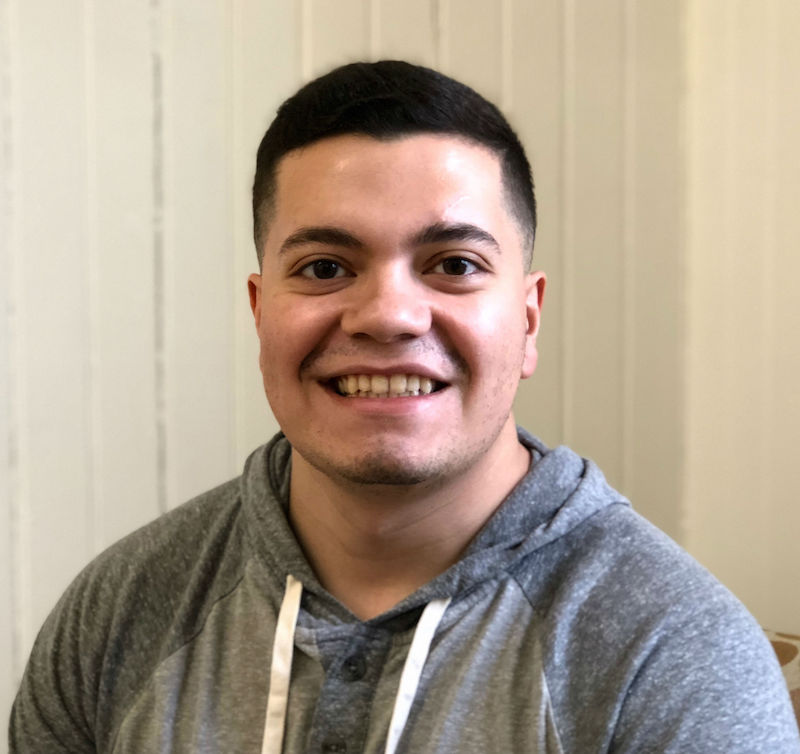 Ricky (Oscar) Sanchez's '18 thesis will look at how, and if, people willingly choose to remain ignorant to the consequences of their actions at a small monetary cost by conducting a controlled lab experiment using modified dictator games.

Although growing up in nearby Mt. Airy Philadelphia, Oscar (Ricky) Sanchez ‘18 hadn’t heard of Haverford College. While attending Inn Dwelling, a nonprofit after-school program for low-income, inner city youth, he applied to the QuestBridge College Match Program, an organization that connects high-achieving high school seniors with college admissions and scholarship assistance. It was through QuestBridge that he applied to Haverford College.

As a freshman, he planned to major in Chemistry. However, when he took Professor Anne Preston’s Introduction to Economics course he reevaluated his plans. Ricky enjoys the theory behind economics, its use of mathematics, and how it can be applied to real world situations across fields. Becoming more intrigued with economics than with chemistry, and recognizing that he understood the content better and that it came to him more naturally, he declared an Economics major.

Ricky spent a month in Pegognaga, Italy the summer after his sophomore year, serving as a camp counselor teaching English, and coordinating day-to-day camp activities. He lived with a host family giving him the opportunity to practice his Italian, bolstering his Minor in Italian Studies at Bryn Mawr College.

Awarded a Whitehead Internship the summer following his junior year, he worked for the Haverford Partnership for Economic Development (HPED) networking with local business owners and residents of Haverford Township.  HPED’s mission is to implement strategies to promote the revitalization of township business districts. Ricky focused on organizing fundraisers, coordinating street-light upgrades, and furnishing elegant planters. A large event he helped coordinate was Moonlight Dining on the Boulevard, an outdoor summer event showcasing local restaurant talent in Havertown, PA. He also created a neighborhood restaurant guide that has been incorporated into the Township’s new resident packet.

Ricky’s thesis topic uses theories of social preferences to explain human giving behavior under outcome uncertainty. Generosity is motivated by a variety of reasons, ranging from a genuine concern for others’ well-being to concerns about ones’ own self-image. Previous research has shown, however, that people take actions to preserve their self-image by avoiding information about their actual generosity. For example, one might cross the street to avoid a homeless person asking for change rather than confront themselves with the information that they are unwilling to give.

His research will look at how, and if, people willingly choose to remain ignorant to the consequences of their actions at a small monetary cost by conducting a controlled lab experiment using modified dictator games. Ricky will observe giving behavior when the game is fully transparent, and compare it to a treatment where the outcomes of the receiver are left uncertain and may remain uncertain if the dictator is willing to pay a small price of their choice. Revealing the receiver's possible outcomes implicitly suggests that the dictator has to directly consider them, but by paying a small share of the endowment to remain ignorant allows the dictator to behave more out of self interest. Finally, by comparing the results across different demographic groups, this allows him to look at individual preferences and show which subjects are least altruistic.

Serving as Co-Captain of the men’s rugby team and playing scrum-half for four years, Ricky relished in the team’s most recent undefeated status, winning its first conference championship in school history.

Currently on the interview circuit, post-graduation Ricky would like to be a financial advisor in the banking and financial industry, preferably related to government policy where he “wants to make a difference”.