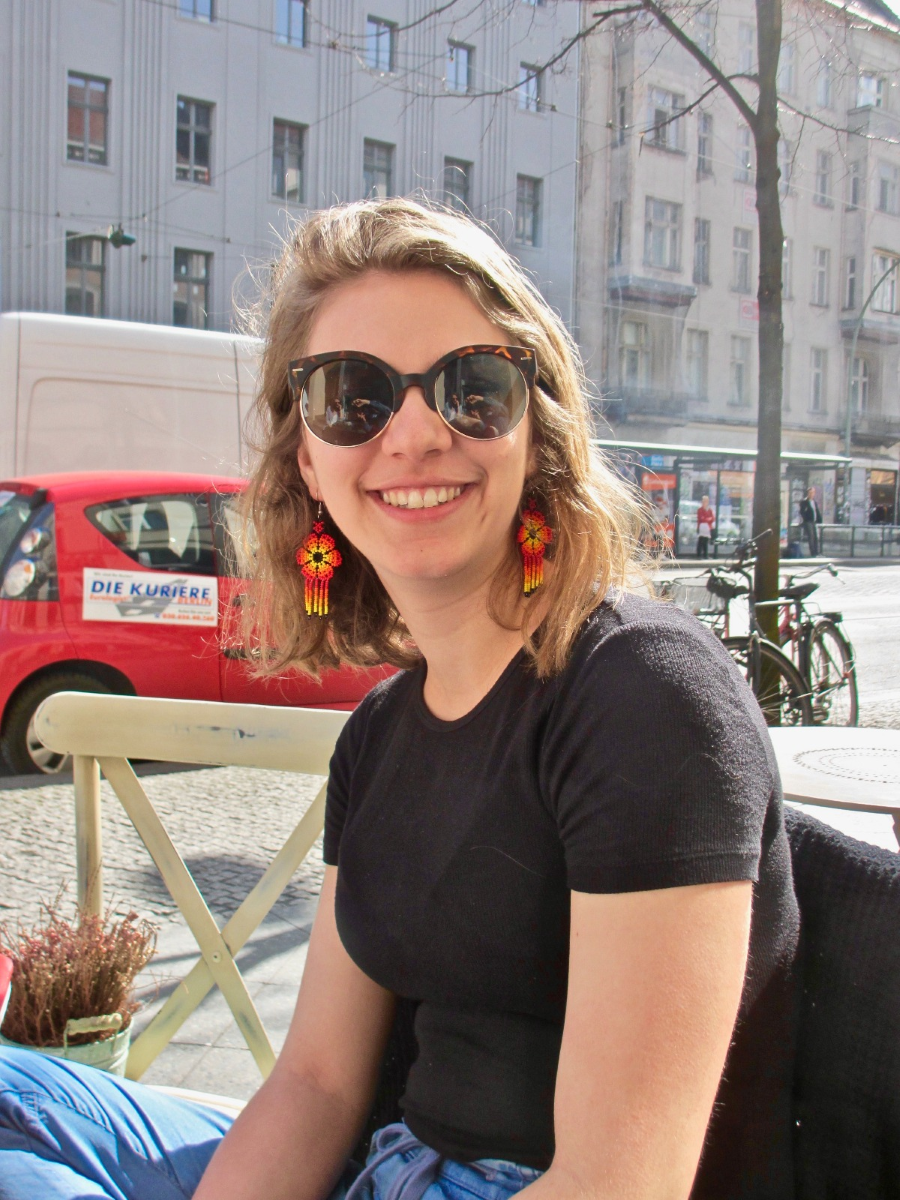 Expanding the work she did with Professor Anne Preston on exit rates of scientists from their professions, Batia Katz’s '19 thesis will explore the gender pay gap in science and engineering fields, specifically looking at the percent of the differential that can be explained by family responsibility.

Visiting Professor Lauren Lambie-Hanson taught Batia’s Introduction to Economics class, a course that was “fun!”, and thoroughly engaging. Batia followed up Intro with Visitor Matthew Incantalupo’s Inequality and Public Policy interdisciplinary class, the defining moment in which she knew economics would be her major. She hasn’t been disappointed with any economics classes that she’s taken but some highlights include Environmental Economics at Bryn Mawr College, and Assistant Professsor Saleha Jilani’s Junior Research Seminar on Advanced International Trade.

Batia has enriched her education and furthered her work experience immersed in summer internships. The summer following her sophomore year she went home and worked for Bill de Blasio‘s New York City Mayor’s Office of Immigrant Affairs. De Blasio had recently launched ActionNYC, a program geared at providing safe, culturally competent, quality legal services to the city’s immigrant population. Batia’s role was to collect, decipher and report on data collected on the needs of the community. She learned about the bureaucratic functioning of government agencies, while witnessing the mission of the Mayor’s office go into effect where she saw progress and change. It was rewarding work and she felt a kinship with the predominantly female staff.

This past summer Batia worked on compiling and analyzing data related to three projects that economics Professor Anne Preston is spearheading. One study looks at how personality traits such as competitiveness and empathy affect labor market outcomes. Another project focuses on data collected on Latino deportation and remittance patterns.  Lastly, Batia helped Professor Preston manage the data for a project that measures the character and extent of occupational exit of scientifically trained individuals. Working under the guidance of Professor Preston, Batia developed adeptness at using the software Stata, while reinforcing the self-discipline skills needed working as a Research Assistant.

Spring semester of her junior year, Batia lived in Berlin, Germany attending the Metropolitan Studies program at IES.  In addition to taking classes in English and German, she explored Berlin, and traveled to Italy, the Czech Republic, Hungary, and St. Petersburg, Russia.  She was awestruck by how international Berlin is, with a noticeably strong liberal and political presence. While in St. Petersburg, Russia Batia explored and toured the city, learning about its imperial history.

Expanding the work she did with Professor Preston on exit rates of scientists from their professions, Batia’s thesis will explore the gender pay gap in science and engineering fields, specifically looking at the percent of the differential that can be explained by family responsibility. In many fields, women experience pay penalties for having children, while men with children see wages rise. Women in STEM (Science, Technology, Engineering and Math) make only about 80% of what male peers do, and that differential has remained even as many more women have entered the profession. Meanwhile, science fields, which develop rapidly, are notoriously unfriendly to family-building, as taking time off significantly impedes advancement in one's career. Batia’s thesis is unique in that it takes into account not only the effect of having children, but also of having a spouse who works only part-time or not at all. This will allow her to more fully capture the effect of family responsibility on the gender pay gap in STEM.

Since her sophomore year Batia has been a Peer Tutor at the Writing Center. She enjoys reading papers generated from varied disciplines, and most rewarding is observing her peers’ writing skills improve and progress. She is a founding member and the Event Manager for Womxn in Economics, an organization whose mission is “to create a supportive space for female-identifying econ students and promote gender equality as well as other forms of diversity in economics.” In her spare time, playing folk and bluegrass music on her banjo is a favorite hobby and activity.

After graduating Batia plans to work as a Research Assistant at the Urban Institute, a policy research organization in Washington D.C. She will be working on issues of workforce development in Urban’s Center on Labor, Human Services, and Population.  She may eventually go to graduate school for a Master’s degree in Public Policy, with an end goal of either an academic or a government position.