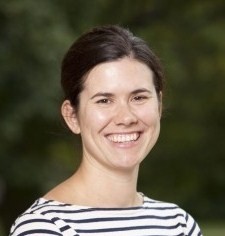 Published
Share
Through a collaborative grant from the National Science Foundation, Assistant Professor of Chemistry Helen White will join a team of scientists examining the effects of the BP oil spill on the deep water ecology of the Gulf of Mexico.

As an environmental chemist, Assistant Professor of Chemistry Helen White focuses her research on the role that microbes and minerals play in the cycling of carbon compounds, both natural and those resulting from human activity.  Now White will get a unique opportunity to study that process in the context of the Deepwater Horizon oil spill thanks to a grant from the National Science Foundation (NSF).

White is part of a team of scientists from Penn State, Temple University and the Woods Hole Oceanographic Institution that received a RAPID Collaborative Research grant for a project titled“Acute response of benthic hard bottom communities to oil exposure in the deep Gulf of Mexico.” The NSF's RAPID funding mechanism aids scientists seeking to respond quickly to natural disasters and other unanticipated events.

“My role is to look at the fauna down there, specifically the coral communities, and examine compounds that either derive from the corals themselves, or the bacteria that live on the corals to see how the oil and the dispersants that were used are affecting them,” says White. “People have looked at oil contamination in more shallow waters, but this is the first time we're getting a chance to look at the effects on these deep sea communities.”

In fact, White will get the opportunity to examine that community up close during a December research cruise in the Gulf that will utilize ALVIN, the deep submergence vehicle owned by the Navy and operated by the Woods Hole Oceanographic Institute.  Best known as the high-tech sub used to survey the wreckage of the Titanic, ALVIN holds a pilot and two passengers, and is equipped with cameras, special lights, robotic arms able to manipulate instruments, and three 12-inch viewports. The vehicle can dive to a depth of 4,500 meters (about three miles) and dives usually last six to 10 hours.

White, who received a Ph.D. in Chemical Oceanography from the Massachusetts Institute of Technology and Woods Hole Oceanographic Institution (WHOI) Joint program, has been a passenger on ALVIN before, on a cruise off the northwest coast of the United States that studied hydrothermal vents in the ocean.

“It is a very small titanium sphere and you are crouched in it with two other people all day,” she says of the sub. The discomfort, though, is well worth it, for all of the data these dives can produce. “ALVIN is crucial to this kind of work,” White says.“We can't scuba dive to that depth.”

What does she expect to find down in the inky depths of the Gulf? “These corals are probably exposed to some of these conditions naturally, because the Gulf has naturally occurring oil seepage,” says White.“There is reason to believe that they may be able to break down the oil and incorporate it. That's my hypothesis.”