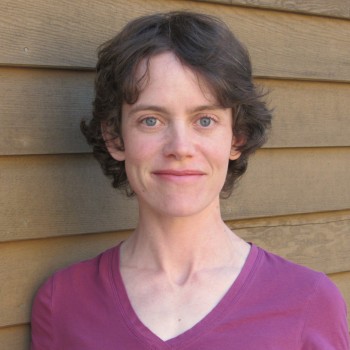 Published
Share
A disappointing study abroad experience leads to a life-changing sojourn in Africa that turns a Tanzanian girl into family.

Sure, French apple tarts are to die for and standing in the courtyard of the Louvre sandwiched between glass pyramids and stunning Renaissance facades in perfect evening light is spellbinding. But much to my surprise, departing my beloved Haverford for a long-awaited junior year abroad in Paris was not the adventure I had dreamed of. Maybe it was how I dressed. In my running shoes, Nature Conservancy-themed T-shirts and baggy jeans, I stood out like a sore thumb on the streets of stylish Paris. Or maybe I simply suffered from a bad host-family draw. They were bourgeois, old money (rapidly dwindling), racist, classist, and threatened by all things new.

In any case, I returned to Haverford my senior year emboldened and determined to“really go abroad” after college. I applied to teach English and writing to journalism students at a newly formed university in Tanzania, and soon after graduation I was off to discover two of the happiest years of my life.

Africa heightened my senses: My house's corrugated metal roof sang during monsoon downpours; and radiant pink and orange sunsets, best observed from a jungle covered hill overlooking Lake Victoria, filled me with peace. When I wasn't teaching, I learned Swahili by playing with local village kids in the shade of a flamboyant tree. Before my first dry season, I had grown especially attached to one of the young girls, Modesta. Each afternoon, she scaled 20-foot papaya trees, sold fruit door to door, and then whiled away the rest of the day with me. Modesta wasn't shy about correcting my Swahili, and her laugh rang through my house long after she ran home at dusk.

Of course, Tanzania offered up its fair share of hardships. I was diagnosed with malaria, typhoid, and E. coli. My house regularly flooded with raw sewage. Some of my most beloved female students were threatened with sexual predation by male lecturers, one of whom later died of AIDS, and there were days when Modesta arrived at my door asking for money to feed her family because her polygamist father had wandered off in search of yet another wife.

But life in Tanzania felt real and elemental. To drink water, one had to collect it in heavy buckets, boil it for 20 minutes, and then hope not to get sick. Chores became sacred rituals, and I relished trying to understand and overcome the social and cultural challenges I confronted in Tanzania. My education in Tanzanian life was a fitting coda to my time at Haverford, enriched by the Quaker principles I had come to value: community, simplicity, social justice and reverence for life.

The only problem was that I had to leave Tanzania after only two years. Modesta was graduating from primary school. Early marriage, rather than a continuation of her education, seemed her imminent fate. So, with my financial support, Modesta enrolled in a local girls' boarding school. A year later I helped her move to India to study at an international school where my future husband (Tim Waring '99) and I were teaching. After five years in India, Modesta graduated from high school and returned to Tanzania for a gap year, volunteering at a nongovernmental organization founded by another Haverford alum (Carrie Oelberger '99).

Modesta is now a college graduate and a professional who helps make popular Tanzanian movies with imbedded public health messages. She is to me part daughter, part sister. We remain in constant contact. Most recently, she helped me through the final editing stages of my novel for middle schoolers, A Girl Called Problem. The protagonist is a resilient, teen-age Tanzanian girl, who leads her village through a tumultuous move. The book was released this April to very positive press. It is dedicated to Modesta.

My husband and I often reflect that our two biological kids, born after our years parenting Modesta, owe their existence to our having met in Professor Gangadean's philosophy class at Haverford. I also suspect I wouldn't have gone to Tanzania and met Modesta if I hadn't been, at least in part, disappointed by my junior year abroad in France.

Katie Quirk (katie-quirk.com) is the author of the middle-grade novel A Girl Called Problem. She lives in Maine and is currently working on a book about raising her son in India.