Photo of Nozizwe Madlala-Routledge, this semester's Friend in Residence, courtesy of WoWwoman.com. 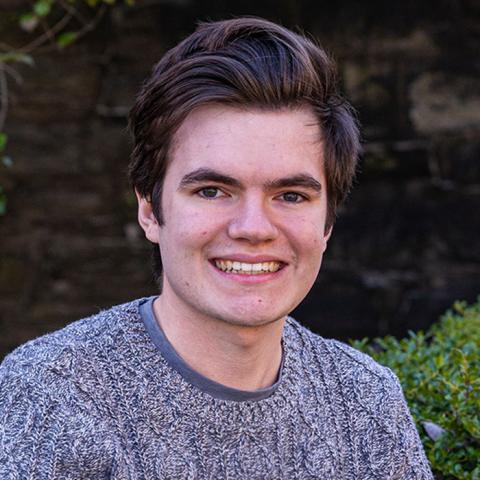 The Quaker South African politician and activist will be on campus all semester long, teaching a class and offering several public talks.

For the past decade, the Quaker Affairs Office has brought a diverse array of impactful and noteworthy Quakers to campus each semester for its Friend in Residence Program to speak, lead workshops, and visit classes for a few weeks at a time. But this spring, for the first time ever, a Friend in Residence is here on campus for an extended stay.

Nozizwe Madlala-Routledge, a Quaker South African politician and activist and acolyte of Steve Biko, will not only give public talks as part of her residency, but is also co-teaching a class, “After the Sunset: Lessons in Transitions to Peace, the South African Example,” with Associate Professor Zolani Ngwane this semester.

“I am hoping the course I am presenting will offer the students an opportunity to deepen their engagement on issues of peace building, transitional justice, and post-conflict reconstruction,” said Madlala-Routledge of the anthropology class that uses South Africa as a case study of peaceful transition from violent institutional racial segregation to peaceful constitutional democracy.

The Friend in Residence Program was designed to stimulate reflection on the connections between academic pursuits and "letting one's life speak,” as well as to deepen Haverford’s appreciation of its Quaker roots and strengthen its connections within the broader Quaker community. Madlala-Routledge, who has been both an anti-apartheid activist who served a year in solitary confinement and a member of Parliament following the first democratic elections, is a welcome addition with much to impart to the community.

“I am eager to have the Haverford community hear how Quaker values and practices have spoken to and supported the lifelong justice work of a woman who came of age in the anti-apartheid movement and dedicated her life to government service in the pursuit of a just, sustainable and peaceful world,” said Walter Sullivan, director of Quaker Affair, who invited Madlala-Routledge to be this semester’s Friend in Residence.

“I joined Quakers at a time of extreme social turmoil and violence in my country,” she said. “Quaker testimonies on peace, truth, simplicity, sustainability, and integrity have guided me and provided clarity in my leadership role in parliament and government.”

Madlala-Routledge, who received an honorary degree from Haverford in 2008, has served as South Africa’s deputy minister of defense and of health, during which time she challenged the denial of the HIV and AIDS crisis in her home country, and deputy speaker of the National Assembly. She is also the founder and Executive Director of Embrace Dignity, a nonprofit campaigning for legal reform to abolish the exploitative system of prostitution and support women wanting to leave the sex industry. That experience colors not only the course she is teaching at Haverford, but also the public events she is presenting.

“My husband, Jeremy, and I will be speaking about ‘Power, Race and Quakerism in South Africa’ on February 24,” said Madlala-Routledge. “In April I will do a talk on the legacy of Stephen Bantu Biko, whom I had the privilege to meet as a young student during the early days of my political awakening.”

Her talks and course represent some of the wealth of experience she is bringing to Haverford, but this is just the surface of Madlala-Routledge’s interactions with the College. She will use her extended time on campus to get closer to the Haverford community, bringing both a desire to teach and to learn.

“I cherished the dream of returning and engaging with students and faculty, to learn more about the rich Quaker history on which the College is built,” she said. “I am glad this dream came true this year and am enjoying my visit and interaction with the Haverford community.”