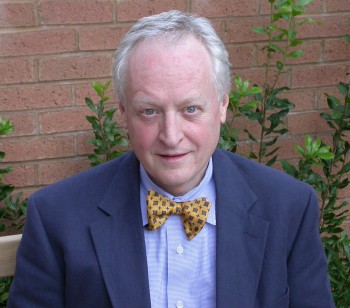 Published
Share
Joe Volk comes to the College for a three-week stay as Haverford's first Friend in Residence. The aim: to highlight the College's Quaker roots and increase connections to the Quaker community.

To kick off its first ever Friend in Residence program, sponsored by the President's Office and the Quaker Affairs Office, Haverford will welcome Joe Volk, the former executive secretary of Friends Committee on National Legislation (FCNL), for a three-week stay on campus, starting March 14.

Volk has devoted his life to advancing peace and social justice. Prior to his 21-year term at FCNL, a non-partisan, Quaker lobby and the first registered national religious lobby in the United States, he worked for the American Friends Service Committee (AFSC) for 18 years and served as its national secretary for peace education from 1982 to 1990. While at FCNL, he lobbied Congress to support peaceful prevention of deadly conflict, nuclear disarmament, peace in Iraq and many other issues.

“Joe is a very accomplished man,” says Emily Higgs, Haverford's associate director of Quaker Affairs.“[FCNL] conducts legislative advocacy on Capitol Hill with integrity in a way that really speaks volumes about the importance of Quakerism in the world, and the value that the Quaker focus on social justice and social change can really have when it's put into practice.”

The purpose of the Friend in Residence program is to enrich the educational experience for Haverford's students, deepen the school's appreciation of its Quaker roots and strengthen the College's connections within the broader Quaker community.“There's an expression in Quakerism, â€˜letting one's life speak,' meaning that your faith and your practice is aligned in the way you are living, and that the Quaker testimonies of simplicity, equality, peace, community and integrity are all manifest in your life,” says Higgs.“So the idea is to bring someone to the campus for an extended period of time, to model that.”

“I'm not a scholar and I have no claims as an elected official," says Volk, "but what I have been is a practitioner who has been experimenting with non-violent practice since 1967, when I refused to go with my cavalry outfit to Vietnam. And then, working with AFFC and FCNL, I had a chance to experiment with non-violent practice in different ways. I hope what I can share about my experience might prompt some questions that would be useful to scholars."

During his time on campus, Volk will attend classes, run workshops, meet with students and interested community members, and give a talk, titled â€œIf War Is Not The Answer, What Is?: A Peace Activist on Capitol Hill,” as part of the President's Social Justice Speaker series. The talk, which will be open to the public, is scheduled for March 16 in Sharpless Auditorium.

Volk will also speak at different Quaker retirement communities, attend local monthly meetings, run a workshop with the Career Development Office on integrity in vocational choices, host a lunch roundtable as part of the Center for Peace and Global Citizenship's Perpetual Peace Project, attend the semesterly Quaker student retreat at Pendle Hill and take students on a CPGC-sponsored trip to Washington, D.C., for a workshop on lobbying and meetings with different local congressional representatives.

Volk, who retired from FCNL in February, served from 1997 to 2009 on Haverford's Corporation, the 200-person Quaker body that owns the College and is responsible for nominating its Board of Managers.“The campus has been very welcoming to me and other FCNL folks in the past,” he says.“I've been there for the annual meetings, and have come up to give a talk or a lecture with students. So it's a familiar place.”

He says he is excited about the sorts of casual interaction with members of the Haverford community that living on campus for an extended period of time will afford him.“I'm looking forward to being able to visit in classes,” he says.“I'm looking forward to being able to chat with students over coffee or tea at the Coop. And maybe somebody will want to go on a bike ride.”