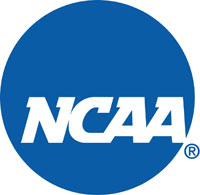 Published
Share
The 2004 NCAA Convention, held Jan. 10-12 in Nashville, may go down as one of the most significant for Division III colleges, including Haverford.

The 2004 NCAA Convention, held Jan. 10-12 in Nashville, may go down as one of the most significant for Division III colleges, including Haverford. Division III attendees enacted many reforms in an attempt to bring the rest of NCAA Division III in line with the kind of balanced scholar-athlete arrangements Haverford has espoused throughout its history; Haverford and like-minded institutions have always expected its student-athletes to be as good or better academically than the rest of the student body.

Nearly the entire“reform” package, advocated by the NCAA Presidents' Council, was adopted. Some of the key reforms include cutting total season length per sport to 18 or 19 weeks from the previous 21, banning the practice known as“red-shirting,” and permitting students to pursue transfer options with coaches at other institutions without the permission of their own college or university Athletic Director. The Centennial Conference (which includes Haverford) policy of“non-traditional” seasons (fall baseball/lacrosse, spring soccer, etc.) also was adopted for all of Division III. That policy calls for 16 days of athletic activity including one date of competition during the non-traditional season.

What was perhaps the most controversial piece of legislation involved“grandfathering” Johns Hopkins and seven other D-III colleges so that they may continue to award athletic scholarships in one or two programs that compete at the Division I level (such as Hopkins lacrosse or Colorado College ice hockey). Most Division III colleges, including Haverford, have long supported non-scholarship athletic competition. In these unique cases, however, Haverford (and other D-III constituents) felt that the historical role of these Division-I athletic scholarship programs and the longstanding relationships forged between participating institutions warranted a legitimate exception.

Observers believe the adoption of reform in Nashville forestalled a movement to sub-divide Division III, at least for the next five to 10 years.