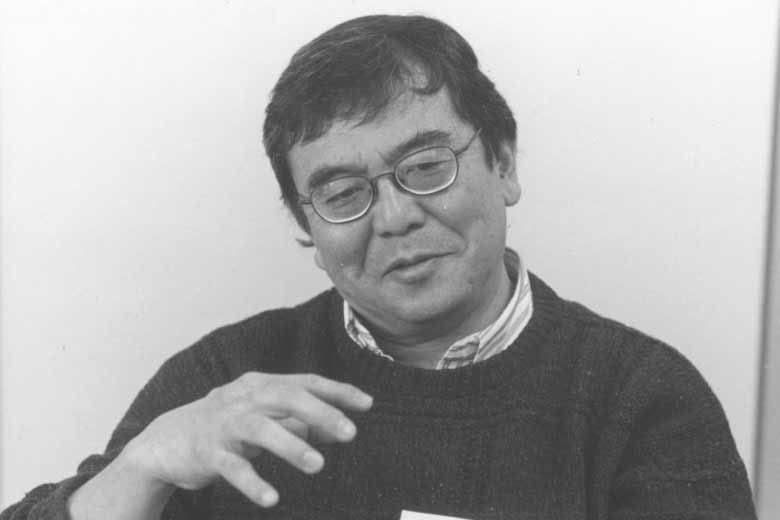 The Japanese-American human rights activist is at Haverford virtually this semester to educate and reflect on his life's work.

Masaru Edmund Nakawatase, a Japanese-American human rights activist and organizer, is Haverford’s Friend in Residence for the spring 2021 semester. Having served underrepresented groups as a member of the American Friends Service Committee for over 30 years, Nakawatase’s experience in activism makes him an ideal participant in the decade-old program that brings gifted and experienced Quakers to campus for extended interactions with the community to enrich the educational experience for Haverford's students, deepen the school's appreciation of its Quaker roots, and strengthen the College's connections within the broader Quaker community.

“This past year, given the reinvigoration of the Black Lives Matter movement across the country and the globe, the Quaker Affairs Office worked to draw up a more expansive list of potential Friends in Residence who could speak to the social, racial, and economic justice questions of the day,” said Director of Quaker Affairs Walter Hjelt Sullivan, who organizes the program. “When the staff met, Mas' name came to the top of the list of friends we most wanted to invite. He is very generous and eager to share his experience as an activist and a social justice organizer with others.”

Sullivan is proud that Nakawatase will be spending the semester at Haverford through virtual engagement, as his commitment to and history in activism serves as an example to the greater Haverford community.

“His decades of work as an Asian-American supporting movements for Indigenous justice, both here in the United States and around the globe, can offer wisdom and lessons to members of the Haverford community seeking to stand in alliance and solidarity with others across racial, cultural, and class differences,” said Sullivan.

During his semester of engagement at Haverford, Nakawatase will virtually visit classrooms, notably teaching a session for the course “Global Solidarity and Local Actions.” Additionally, he has already given a public presentation, co-sponsored by the Black Students’ League, for Black History Month, and will be giving another public presentation for Asian-Pacific American Heritage Month in May.

“The Residence program is a chance for me to engage in historical remembrance and continuity. By that I mean that there is an opportunity and, I think, a responsibility, to share some historical experiences, to reflect on them, and to see what another generation makes of those experiences,” said Nakawatase. “Arguably, the second half of the 20th century was one of the most turbulent and transformative times in American history. The struggle for racial equality, and subsequent ones for gender justice, the liberation of people of color, and gay rights were all ongoing, as was an opposition to the war in Vietnam that was unprecedented in its scale and its fundamental critique of the U.S. role in the world. I played a very small role in some of those struggles, but like others of my generation, I probably haven't reflected as much as I should have on the meaning and the impact of that period. The Residency offers a chance to do so and I welcome that opportunity."