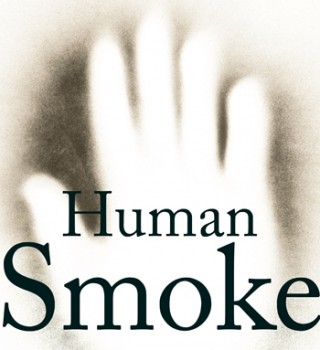 Published
Share
Nicholson Baker '79 and Greg Kannerstein '63 spend some time discussing "Human Smoke" a documentary history of the path to World War II and the early years of the war.

Nicholson Baker '79 is the author of highly-praised novels such as "Vox" and "The Fermata" as well as several works of non-fiction. The New York Times recently ran a very informative feature story about Nick.  His new book, "Human Smoke," a documentary history of the path to World War II and the early years of the war, uses citations from magazines and newspapers, starting with a comment from Alfred Nobel in 1892 and ending on December 31, 1941.

Nick weaves his summaries of each citation in with direct quotation and reminders of the date as the world goes down the long path to this war. It will be published this month. Nick joins us today from his home in Maine.

Greg Kannerstein: Thanks for agreeing to spend some time with us discussing "Human Smoke," Nick. My wife thought you looked very handsome in the photos accompanying the Times story last week!

Nicholson Baker: Tell her thank you.

GK: Since our audience is Haverfordians, I should ask you when you first learned about the role of Rufus Jones and the other Quaker pacifists you mention prominently in the book. Was it during your student days here or at another time?

NB: There was this mysterious alcove in the library, as I remember, the Rufus Jones alcove - so I knew the name - but I didn't realize what a powerful moral force he was till I was working on this book.

GK: You dedicate the book to Clarence Pickett and the other pacifists. Was telling the usually-ignored story of the pacifists one of your major motivations for writing "Human Smoke"?

NB: Clarence Pickett was a quiet hero - and one of the jobs of a would-be historian is to find the true heroes of the past, I think. The picture of the prehistory of the war is enriched by the strength and intelligence of their hopes to help refugees and stop the logic of the march toward war.

GK: One doesn't usually think of an almost-500-page non-fiction book, as a "page-turner," but I couldn't put it down and read it in a weekend. How long did it take you to do the research and write the book?

NB: Thank you for saying that. I worked on the book for something over two years, reading sources, and following where those sources led.  I was surprised actually to find that Haverford - the town and the college - had something to do with these huge events.

GK: Why did the world need another book about the road to World War II?

NB: Why another book? Because - because the books out there are too big, in a way. They talk too easily about what nations want, and they take the moments of decision away from individuals acting in local places - doing good things or horrible things in a particular setting.

NB: The main controversy is simply the age old question of how to respond to violent regimes. If you resist, how do you resist? The way the west resisted, guided by Churchill, was to build airplanes. The way the Quakers were advising was a different one. If we take their concern seriously, a controversy is likely to ensue.

GK: Nick, I was born eight days after Pearl Harbor and spent my first five years with a father off in the South Pacific and the next five years getting used to his being around and following him to Navy postings and then his return to civilian life. So I grew up with the war and then the stories he brought back - naturally I've always been fascinated by that period. How do you think more recent generations will react to the book?

NB: My late father in law (who went to Swarthmore) was in the army in the war. He became a pacifist. It's probably unfair to veterans to generalize about how they view the war. But later generations do possibly have something to contribute - a lack of personal experience can be a weakness and a strength. At least I hope so.

GK: You seem both fascinated and appalled by Winston Churchill. In your afterword, you say Churchill was "wrong." Was Churchill one of the great villains of the saga you present or is there room for some ambivalence in your mind about his role?

NB: I cut out the part about how Churchill was wrong in the final printed edition of the book (it's in the galley) because that's too simple a conclusion. Churchill was an immensely complicated man, with great qualities - but in the years through which I followed him, he seemed to be in a kind of manic high that was fueled by the widening carnage of the war in which he was materially participating.

He wanted the war to widen.  He was shockingly unconcerned about the suffering of civilians - Yugoslavian civilians, Polish, German, French, Italian, Japanese, even British civilians. He predicted, ahead of time, that British men would be roused to action by aerial bombing, and he wanted the German attack to come, so that the reality of the war would be brought home to those who weren't near any war zone. That's a very dangerous way to proceed - it releases massive antipathies.  It's also, I think, simply the wrong thing to do. I believe I'm being fair to Churchill as he acted during one period of his long and amazing life.

GK: A device you use in "Human Smoke" which helped the separate items flow more smoothly together were the recurring voices of certain individuals such as Stefan Zweig, Victor Klemperer, Christopher Isherwood and a Romanian named Mihail Sebastian. How did you choose those people to focus on?

NB: Klemperer, Isherwood, and Zweig were such beautiful human beings - I would read about some terrible new phase in the war and then go to their diaries and would be led to see it in a private way. Klemperer, especially, is someone I came to admire and even love because he was able to carry on with his work of the mind in the midst of this brain-killing confusion and dislocation and uncertainty.

GK: Thank you for introducing me to those wonderful people. I worry that sooner or later there will be a similar book picking up the story of how all the roads not taken in the Middle East led to a disaster on or beyond the scale of World War II. Was anything like that prospect explicitly on your mind as you wrote "Human Smoke"?

NB: There may have been historical parallels in my mind in the beginning - but once you get going in a work of history, its horizons become your horizons and you stop making comparisons. Now that I've climbed out from under the umbrella of research, of course I'm struck by the fact that so little has changed. I quote one of the signs of a peace marcher at one point: Mass Murder is No Defense of Liberty. And of course Isherwood says, very simply, that we must keep uppermost in our minds "the plain moral stand against killing." These are good simple lessons that apply now as always.

GK: I couldn't agree more. Let's go back to your Haverford days - were there influences from that period that stick with you that particularly shaped your writing or choice of subjects?

NB: I think Haverford had a timed-release effect on me. The simplicity of the meeting, the simplicity of the buildings, the Quaker tradition - it takes a while for the real import of those things to dawn. I was an English lit major and was fascinated by old poetry and loved Joanne Hutchinson's senior conference class. But I saw that there were people at Haverford who were thinking hard about the moral side of small decisions - I remember the taste of the rice in the simple food side of the dining hall. I also was very interested by Richard Bernstein's philosophy classes, where we thought about how you reach a state of moral conviction--and how you can or can't justify it with arguments.

GK: It's fascinating what sticks with us from college. I mentioned earlier that I love to read actual newspapers - six or so a day, much to my wife's dismay. I wonder how your campaign to save actual newspapers is going?

NB: Six a day! That's pretty impressive. I have an antiquarian streak, in that I would happily read six or seven newspapers from a day in 1904 or 1883 or 1941, but I sometimes feel I have to shield myself from the now-news. Because what's happening now is in some ways revisable, avoidable. The past has happened and by learning more you can't change how it turned out, you can only communicate what you've uncovered.

NB: What parts of the book do you think will be most controversial?

GK: I think your focus on the Pacifists will of course lead to discussion and controversy. Folks here are shocked when I tell them the story of the Quakers who went to see the Gestapo in 1938. For the younger generations, I believe they will be surprised to learn of the many possibilities which could have slowed the seemingly-inexorable march toward war, and which are so clearly demonstrated. And finally, the ability of people like Klemperer to retain their humanity in the midst of terrible events should unsettle all of us and make us look into ourselves to see how we can do that.

NB: Yes, the strangeness of that visit riveted me when I read about it. And the truth is that it saved some families' lives.

GK: One last question for today, Nick, and I understand that many writers don't like to talk about their works in progress or works contemplated. Is there anything you might be able to say to us about your writing plans - or even whether you will continue to write both fiction and non-fiction?

NB: I'm half way through a novel, in which nobody dies. I'm rewriting a screenplay. I'd like to try to write more history - or at least write the kind of proto-history that I seem able to write, but for a different period.

GK: I can't wait to read them. Nick, thanks for all the pleasure you have provided us through your books and for being with us today. I could keep going all day, I'm afraid, asking you questions but let's hope we can get you down to campus soon and let all our students and community members hear from you.

NB: It was a great pleasure to talk to you, Greg, and I hope to visit sometime soon. Thanks.

GK: Best regards from all your fans at Haverford!