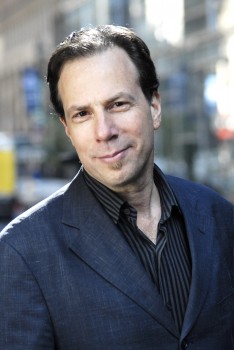 Published
Share
Beschloss's new book, Adrift: Charting Our Course Back to a Great Nation, co-authored with William C. Harris, aims to inspire a national dialogue about where we're headed.

In the new book Adrift: Charting Our Course Back to a Great Nation, Steven C. Beschloss '80 and co-author William C. Harris take a hard look at some of the critical challenges facing the U.S.  Beschloss, an award-winning journalist who writes about business, economics,  urban affairs and culture, and Harris, the CEO of Science Foundation Arizona, include among those challenges the erosion of American ambition, a lack of shared purpose, declining education levels and an epidemic of cynicism and distrust that has fueled the kind of anti-government sentiments embodied by the rise of the Tea Party.  Becoming a great nation again, the two contend, will require a reinvigorated democracy, a new approach to political leadership, and an economy refocused on“jobs and making things” fueled by new policies that support research and development, training and innovation.

Beschloss, who has been making the rounds of radio and television talk shows, talked to us about Adrift and its ambitious aim to spark a national dialogue.

Haverford College: Adrift came out just as Congress began its rancorous budget debates. Now there's talk of another economic retrenchment that could match what happened in 2009. Did you have any inkling when you were working on the book just how timely it would be?

Steven C. Beschloss: One of the challenges, when you start on a book, is that there is no way of knowing precisely what the trends are going to be two years out when it's finally published. There were a lot of elements of what is going on now happening when we began this, but sadlly I didn't know how timely the book would turn out to be.

HC: What led you and William C. Harris to write Adrift?

SB: I first met Bill Harris six years ago, when he was the head of Science Foundation Ireland and he was putting together partnerships between universities, government and industry that could help Ireland advance. We came into contact again in 2008, after he came to Arizona, where I now live, to try to do the same thing. We had both lived a lot outside the U.S. and we were both aware that the world was changing fast and it really seemed the United States was not keeping up. Instead of banding together to figure things out, America's leaders were mired in partisan warfare. When Bill and I got together we would share these concerns we had about America becoming a second-rate country.

HC: How did you work as a team on the book? What did you each bring to the project?

SB: The important part for me was not just talking about all of these problems but offering some ideas for solutions. Bill's career has been very much about building partnerships between academia, government and private industry. His background made it possible for us to give a more positive spin to the book and talk about the potential of partnerships for making change. Bill looked to me as a writer who has done a lot of narrative non-fiction. I helped us think through ideas and then figure out how you can take those ideas and not just write a polemic, but put them into a narrative context that would make it a good read.

HC: Former New Mexico Governor Bill Richardson, a Democrat who was Bill Clinton's Secretary of Energy and later a presidential candidate, wrote the foreword for the book. Does that indicate Adrift has a particular political leaning?

SB: This is a book for Americans, and that means both Democrats and Republicans. We've reached a point where people can't talk to each other, so the challenge for us in writing the book was how do we tell a story about recent American history and how do we actually begin to analyze things from a place that is non-partisan? That's not the trend in publishing right now. You're supposed to be like Ann Coulter on the right, or Keith Olbermann on the left.  But I don't think that's the most effective thing when the country needs people to cooperate and find good solutions. In the book, we pull in good ideas from all over.

HC: Can you give an example?

SB: Our chapter on immigration looks at how the issue is hurting us. We have people coming to the U.S. to earn doctorates in critical fields and then they go home because they can't get a visa to stay and work. We say, Attach a green card to every Ph.D. diploma. That's good for America. Our history has been about drawing the best from around the world to help build the country. Conservatives on the right and people on the left get that.

HC: In the book, you and your co-author are highly critical of the income tax cuts targeted to the wealthy that began with Ronald Reagan and his“trickle down” theory, but in another chapter you recommend cutting corporate tax rates.  Tell us how that would help America?

SB: Globalization has certainly been good for China and India and other emerging countries, but it has been enormously destructive to this country. We have so many corporations that have left America, that are going for low wage, high volume production in Asia or Mexico and also now do the research and development near the manufacturing. They have left the country and are not paying taxes, so how do you bring some of that back? One way is to lower the corporate tax, which at 35 percent is one of the highest in the world, and cut all the other deductions and games. A lower corporate tax rate of 15 percent could help boost investment and keep jobs here. But, as we say in the book, there also has to be a larger strategic plan regarding research and development and the nation's tax structure and economic goals.

HC: What concerns you most about what is going on in Washington right now?

SB: The discussion is about shrinking government, about what do we cut and what do we get rid of, but there is not a lot of clear conversation about what kind of country we want to live in. I think we need an open discussion about leadership. We have the leaders we do because less than ten percent of eligible voters vote in primaries.  In the book, we actually argue for very old-fashioned things like voting and participating in democracy. If you don't like the world you live in right now, it's partly your own fault if you are someone who doesn't vote.