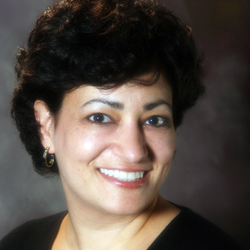 Published
Share
Silber was recently named CEO of Canonical, the London-based firm founded by billionaire software entrepreneur Mark Shuttleworth. Silber has been with Canonical since its start as the launching pad for Ubuntu, the open source computer operating system that has become one of the most popular Linux distributions in the world.

Since the London-based company Canonical released Ubuntu in 2004, the open source computer operating system has become one of the most popular Linux distributions in the world. So, when Canonical's founder, South African billionaire entrepreneur Mark Shuttleworth, announced that Jane Silber would be taking over as CEO in March, it was big news in the open source world.

Silber joined Canonical just before the launch of Ubuntu (whose name comes from a South African concept of“humanity towards others”) and has served as COO of the company, overseeing business development and operations. According to Silber, it was chance that brought her to Canonical and Shuttleworth (also known for his self-financed 2002 space voyage on a Russian mission to the International Space Station).“I was living in London and looking for a job when I happened to be at a party and met a friend of Mark Shuttleworth's,” says Silber.“I was familiar with Linux, but not using it in any way. But setting up a software company and growing it was right up my alley. I had lunch with Mark the following week and then started the next Monday. It was definitely a matter of being at the right place at the right time.”

Earlier in her career, Silber did artificial intelligence research and product development for a company in Yokohama, Japan. Before joining Canonical, she was vice president of Command and Control Systems at General Dynamics Corp. where she ran a unit that developed information management decision-making software used at U.S. Army command posts and U.S. naval ships.

Erica Greene '10, a Haverford math major who plans to go on to to graduate school in computer science, recently conducted an online chat with Silber about her career path, the world of open source software, and why computer science remains a male-dominated field.

Erica: For people who don't know, can you briefly explain what open source software is?

Jane: Open source software is a software for which the source code is licensed in such a way as to be available for others to view and modify. It's a licensing choice that the copyright holders make, and it allows others to contribute to a particular code base. The main example that most people know is the Firefox web browser, but there are thousands of other examples, ranging from small applications to entire operating systems.

Erica: Does open source software have to be free?

A good example there is the MySQL database--it's open source code, and you can run it and use a community edition. But to get the supported, certified version it costs money.

Jane: Our product, Ubuntu, is free in both ways (speech and beer) and Canonical makes money by providing services around Ubuntu. For corporate users we offer support, training, consulting, and a web-based systems management tool (for managing deployments of hundreds or thousands of Ubuntu machines). For end user consumers, we are starting to offer a collection of online services under the brand name Ubuntu One. This includes things like online file sharing/syncing, a music store, etc.

Is there much interest in free and open source software on campus?

Jane: Hey, that's great! That makes me happy that it's running in the labs.

Erica: What did you major in at Haverford?

Jane: Math. Well, math and computer science, because at the time you couldn't do computer science by itself. I eventually ended up in graduate school at Vanderbilt where I did AI [artificial intelligence] and machine learning stuff.

Erica: What kind of degree did you get there?

Jane: I did an M.S. in Management of Technology. It was an interdisciplinary program that was split into the technology of your choice and general business management. I focused on computer science and particularly some AI research.

Jane: Not consciously. I was always a math/science type person. It always seemed to fit how my brain works. And computers and technology were just a piece of the general affinity towards logic and science.

Erica: I'm very interested in your place as a woman in science--particularly computer science, which is a field that lags behind in terms of female representation. As a woman, do you feel in the minority in the field?

Jane: It's true that women are still a minority in the field. I have experienced that throughout my career. In part that has been exacerbated by some of the career choices I have made--e.g., I spent several years working in Japan where my minority status as a woman in the Japanese tech firm was overshadowed to some degree by my being a foreigner in that environment. I also worked in the defense industry for several years, also a very male dominated environment.

Erica: Women have made more headway in other science fields, like biology, chemistry, even physics and math. Why do you think women have not significantly broken into the computer science field?

Jane: Oh, there are so many reasons, and lots of research into that. In many cases it starts in early education and the subtle messages that people receive. And even as women start their careers, the availability of examples/role models/mentors (or lack thereof) still has an impact.

There are interesting views on this issue in the open source world. Because of the open nature of the code and the general tech landscape in which we live, most open source code is written in a distributed, collaborative way. So people who have never met each other work on code together (or on the documentation, or artwork, or translations for that code). Some women have told me that this gives them the opportunity to work and contribute without some of the traditional hurdles and biases that exist--because the possible stereotypes associated with appearance are minimized, it allows a real meritocracy to exist.

Of course, I know of experiences at the opposite end of the spectrum as well. Somehow the perceived anonymity of the online world seems to make people think they can behave in ways that I don't think they would ever do in a face-to-face environment.

One of the innovative things we did when we started Ubuntu was to define a Code of Conduct for our community. Many communities now do the same, but the basic principle of treating people with respect is a key value for us. It's very Haverfordian.

Erica: I was going to ask how the Honor Code has influenced your company.

Jane: The same concepts definitely come up. You can see for yourself in our Code of Conduct  (http://www.ubuntu.com/community/conduct). That document guides our interaction with the thousands of people who contribute to Ubuntu every day.

Erica: I'm very happy to hear the Honor Code  has been influential.

Jane: There is a lot of common sense in that document--be respectful, be collaborative, etc. We have found that--particularly in this online, distributed, collaborative, international, diverse environment that we work inâ€”those are valuable ideas to articulate.

Erica: A lot of people talk about the "Haverford Bubble" and how the social guidelines here do not exist in the "real world."

Jane: My experience at Canonical and with Ubuntu certainly argues against that. Those ideals and values may not exist everywhere, but in this corner of the real (virtual) world, those ideals are alive and well, and very relevant.