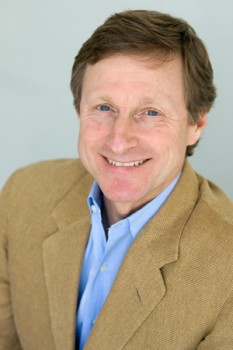 Published
Share
Haverford's new Vice President for Institutional Advancement is a career development officer with a stellar track record. He has spent the past 12 years at Amherst College.

Haverford College has appointed Michael C. Kiefer to be its next Vice President for Institutional Advancement, a role that oversees the College's development, alumni relations and communications operations.

Most recently, Kiefer was Chief Advancement Officer at Amherst College, where his many successes included completion of a $270 million campaign (30% above the target) and a tripling of gift income during his tenure. While he was at Amherst, the endowment grew from less than $500 million to more than $1.5 billion.

"Michael is legendary in the advancement field," notes Haverford President Stephen G. Emerson '74, who led the six-month search. "To say that we are 'delighted' understates the case by several orders of magnitude. We hope to accomplish much in the coming years," continues Emerson, who was inaugurated last October, "and the vice president's role is key to our success. Michael is a perfect fit, and we couldn't be happier that he's coming to Haverford."

Prior to his 13 years at Amherst, Kiefer spent six years as Vice-Principal for Development & Alumni Relations at McGill University in Montreal and more than a decade with Ketchum, Inc. of Pittsburgh, where he was a vice-president for this firm that provides fundraising consulting services.

"I've always felt warmly towards Haverford," says Kiefer.“It is such a humane place – a place where I know I will be happy and do my best work. The college has a superb academic reputation and a profound commitment to social responsibility that is unique among its peers. I find everything about Haverford compelling. This job is a meaningful 'next step' professionally for me because the cause and the company are great." Kiefer is a cum laude graduate of LaSalle College in Philadelphia and has an M.A. with distinction in Theology from Boston College. He also spent two academic years at the UniversitÃ© de Fribourg in Switzerland and is a citizen of both the U.S. and Canada.

Kiefer's wife Carol Solomon Kiefer, an art historian, will join the Haverford faculty as Visiting Associate Professor in Independent College Programs. They have two children. Zoe is a 2005 graduate of Amherst College and is now a second-year student at Mount Sinai School of Medicine in New York City. Andrew is a college-bound senior at Amherst High School and, for three years, has been a member of its nationally-ranked varsity Ultimate team. Michael enjoys travel, tennis, skiing, and collecting oriental rugs.