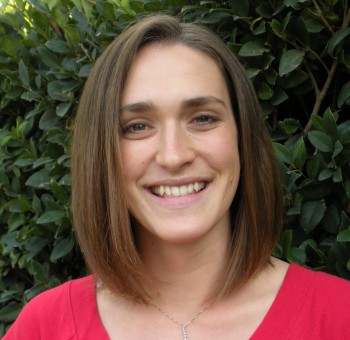 Published
Share
K'Lynn Solt '08 talks about her forensic science studies and her work as a coroner intern.

K'Lynn Solt '08, who is pursuing a master's degree in forensic science at the University of California, Davis, landed a position in September as a coroner intern for a county sheriff's office.  We asked Solt about how her degree in geology prepared her for forensics and got the scoop on whether the field is as exciting as it looks on television's CSI.

How does your undergraduate major tie in with your graduate studies?

Well, most people tend to give me cross-eyed looks when I tell them that I graduated with a degree in geology and now have moved into forensic science but I think that there are more similarities than people really think.   For example, there is a field titled forensic geology which is associated with soil typing to aid investigators in the geo-location of trace evidence found at a crime scene or on a victim or suspect.  The unique signature of the metals in a particular soil allows a connection to be made between where someone is said to have been versus where someone may have actually been.

I think I've always had an interest in forensic science but didn't take it seriously until my senior year at Haverford was coming to an end.  The process of using scientific methods to determine the most probable cause of an accident, or prove innocence or guilt was very attractive to me.  There are so many aspects that must be analyzed and investigated in a crime scene, and without evidence, no blame can be placed on a suspect.

For the layperson, what exactly is forensic science? What careers would you pursue with that degree?

Forensic science is a field in which one investigates a problem or situation and weighs the evidence to determine the cause and or the culpability of the incident.  There are two major directions in forensic science: criminalistics or DNA.  In criminalistics you may end up becoming a crime scene investigator or work in a laboratory with trace evidence, narcotics, firearms, toxicology, etc.  As someone who enters the field focusing on DNA you would mainly be working in a laboratory as a serologist or perform DNA mapping, profiling, etc.  Forensic nursing is another field which works most often with victims of sexual assault.

Is the work as exciting as it looks on TV?

Well, I would have to say that studying forensic science is quite exciting but definitely not as dramatic as it is portrayed on television.  Television frequently portrays the scientific investigation of a crime scene as something which can be completed and the case solved in a very short period of time. However, in reality, investigations are slowed down by constraints such as time, finances and man power.

What do you do as a coroner intern?

I basically shadow the duties of a deputy coroner.  There are three different coroner systems in California: the Medical Examiner, the sheriff-coroner, and an elected or appointed civilian coroner.  Yolo County [where I work] is a sheriff-coroner system which means that the coroner is responsible for investigating the manner of death (suicide, homicide, accident, natural, or undetermined) and the cause of death is determined by a forensic pathologist.  As an intern, I assist the coroner at the scene. This includes taking photographs and gathering evidence. Following a death, I also will assist in the autopsy process, taking photographs and preparing samples to send out for toxicology, as well as obtaining medical records and other relevant documents.  There is also the ongoing search to identify John and Jane Does in our county that the interns will assist in when things are slow in the office.

What is your favorite, or least favorite, part of the job?

I love the fact that in this field you never know what you are going to encounter next.  Although things may be disturbing or tragic, you continue to learn and observe new situations that will help you to approach the next case differently.