Watch the video of the entire conversation.

The chairman and CEO of Cantor Fitzgerald and BGC Partners and former Haverford Board Chair spoke with Adi Ignatius '81 about his belief in liberal arts education and his gratitude to the College. 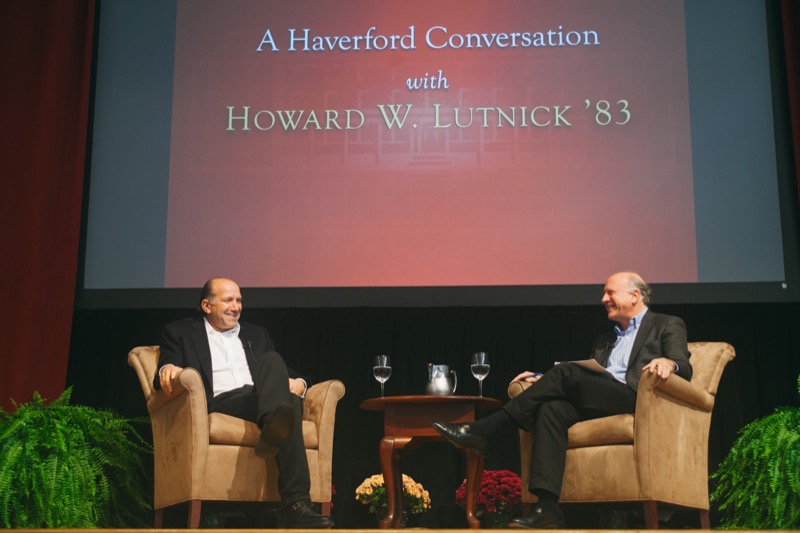 Howard Lutnick '83 has often said Haverford College’s generosity changed the course of his life. He'd just started his freshman year in September 1979 when his father died suddenly. With both parents deceased and no support from his extended family, it seemed unlikely Lutnick would be able to return to school.

Then Haverford’s president at the time, Robert B. Stevens, called him. "Howard," he said, "your four years here are free."

In 1983, armed with a degree in economics, Lutnick immediately took a job on Wall Street, excelled, climbed to the top of his firm, and eventually became chairman and CEO of Cantor Fitzgerald and BGC Partners. The hard-charging, often cutthroat, world of finance may seem far removed from the College’s leafy suburban campus, its Honor Code, and its Quaker values, but Lutnick never forgot them.

In the last 25 years, he has given the College $65 million, the most generous donor in school history. One reason for his philanthropy, he said recently, was to say thank you to Haverford.

"They took a bet on me. Not a bet on me when I was Howard Lutnick, and I was a rock star. It was when I was 18 years old," Lutnick recalled Oct. 31 during a relaxed onstage chat with Harvard Business Review Editor Adi Ignatius '81that served as the keynote event of Family and Friends Weekend 2015. "It couldn't be about me. It couldn’t possibly about me. It had to be about Haverford College. It had to be about how they look at people."

The other reason is his belief in the value of a foundation in the liberal arts.

"The concept of a perfect, small liberal arts education that actually aims to do one step better and educate the whole being, I think that’s a beautiful quest. … That’s what we seek to do," he said. "I just think we're great, and I want us to be greater."

Just as Lutnick is forever thankful for Haverford's role in his life, the school is grateful for Lutnick's continued support and incomparable generosity. That's why College President Kimberly Benston briefly interrupted the afternoon's question-and-answer session to make a surprise announcement:

The College had established an endowed scholarship named after Lutnick to be given to any student in good standing who "may suffer a catastrophic setback and is in need of unanticipated and substantial financial aid support. May they, like Howard, turn crisis into an opportunity for personal growth, professional accomplishment, and a chance to generously 'pay it forward' later in life, so they too may help someone else in their darkest moment," Benston said. 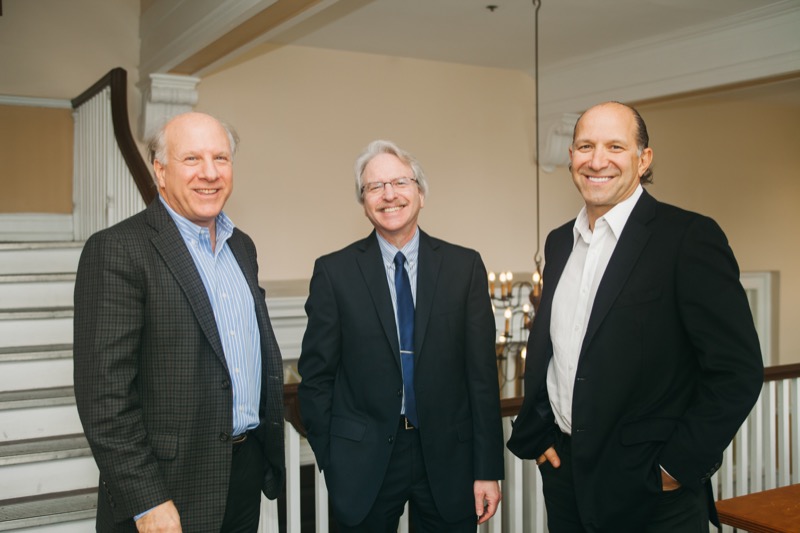 Ignatius, Benston, and the entire gathered crowd in Marshall Auditorium then stood and applauded for more than a minute. Onstage, Lutnick remained seated, dabbing at his eyes a few times, visibly moved.

After the crowd settled, Benston again addressed Lutnick: "We are so proud to call you our own."