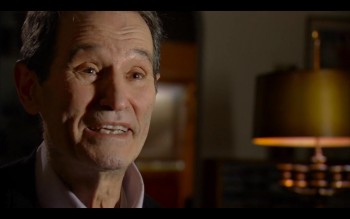 The 1971 break-in at an FBI office in Media, Pa., which was masterminded by Haverford physics professor Bill Davidon, is chronicled in a new documentary.

In our winter 2014 issue, we ran a story (â€œA Burglary Uncovered”) about the just-released book The Burglary by journalist Betty Medsger, which revealed that Haverford physics professor Bill Davidon had been the mastermind of a famous 1971 break-in at an FBI office in Media, Pa. The burglars, whose identities remained a mystery for 43 years, took thousands of documents and made them public, revealing the FBI's aggressive secret surveillance of antiwar activists, African Americans, and others. Those revelations prompted a congressional investigation and brought down FBI Director J. Edgar Hoover.

Soon after our story was published, a documentary detailing the planning and execution of the break-in, as well as its impact, had its world premiere at the Tribeca Film Festival in New York. The film, titled 1971, features some gripping dramatic reenactments as well as an interview with Davidon, who died in November 2013, not long after he spoke to the film's director, Johanna Hamilton. 1971 has gone on to film festivals and theaters around the world, and had its broadcast premiere on May 18 on PBS, as part of the Independent Lens series. (The film is streaming on PBS.com through June 18.)

And there's more: In March, the Citizens' Commission to Investigate the FBI, as Davidon's clandestine group called itself at the time, received a Congressional Commendation for its long-ago actions.  In the commendation, Rep. John Conyers, D-Mich., wrote:“While we continue to discuss the proper use of domestic surveillance techniques today, particularly as technology evolves in ways that could not have been foreseen during the 1970s, we must remain vigilant to abuses of power, even if done with the stated goal of protecting the public. May we strengthen our resolve to protect the rights these individuals cherished and helped preserve over forty years ago.”