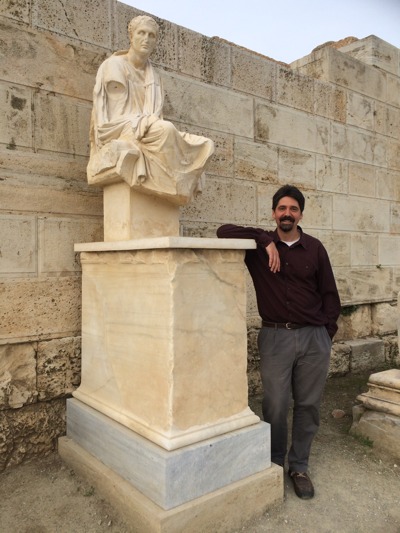 It’s hard to imagine a more circuitous route to Classics than the one I took, although you have only to look at my colleagues to see that in our field exceptions are the rule. Despite the focused and Herculean labor of learning the languages, Classics is in many ways perfect for intellectual vagabonds and other omnivorous nomads. I was interested in English poetry and European literature more generally, and then philosophy and music, history and art, magic and law. I didn’t especially want to focus on antiquity, but eventually I had to admit, perhaps somewhat grudgingly, that, yes, all roads do lead to Rome, so I jumped into Classics with both feet and found myself happily stuck. I had thought of the languages as tools to gain access to the culture – beautiful, strange, frustrating, and necessary, but at the end of the day still just tools. What I did not expect was to find myself falling in love with the languages themselves, or rather falling in love with the process of learning them and with the slow, workmanlike patience required for this peculiar form of devotion. This, I believe, is what is meant by philology, the love of the word, and I hope this love emerges as a unifying constant of my teaching.

My work has spanned from Archaic Greek hymns to 18th century German poetry, but my more recent focus is Roman comedy. I’m especially interested in how these plays reveal an awareness of themselves as theatrical artifacts and often do so in extremely subtle ways that point to the fragile boundary of the make-believe world they inhabit. This metatheatrical element in Roman comedy is far more than the random irruption of silliness it may at first seem; in fact, I believe it may be the key to understanding how these plays are more deeply imbedded in their Hellenistic philosophical and Roman political context.