Haverford has a very long history of providing support for students underrepresented in academia, especially BIPOC (Black, Indigenous, People Of Color) and FLI (First-generation and/or Low-Income) students. The names have changed over the years, and starting in Summer 2021, the Chesick Scholars Program is Haverford’s umbrella name for a suite of opportunities and resources, some offered in the summer and others available during the academic year. Here follows a short history of some of these programs.

The Chesick Scholars Program began as a 5 year pilot in 2012, supported by a grant from the San Francisco Foundation. The program ran for 9 years, inviting 15 students to join each year, and providing a summer experience, intensive faculty mentoring, and monthly workshops during the year. One of the lessons of the pilot was that the intensive faculty mentoring was the most impactful part of students’ experience.

In an effort to expand and extend the extra mentoring and support to more students, the Chesick Scholars Program opened up to in 2021 to ALL FLI entering students, and now includes First In, Horizons, Summer Reading Groups, First-Year Seminars, Enhanced Premajor Advising, among other important offerings.

Origins of the Program

The history of the Chesick program goes back to 1981 when the Minority Science Scholars Project or MSSP was introduced. Supported by a grant from the Sloan Foundation and spearheaded by Slavica Matacic in the Haverford Biology department, MSSP was a mentoring program for the small number of students of color with an interest in the sciences.

Sometime in the early 2000s, MSSP extended its mission to include students of color in all disciplines and was renamed the Minority Scholars Program or MSP. In 2003, MSP kept its initials but changed its name to the Multicultural Scholars Program, and recast its mission to serve all students in all disciplines. The Howard Hughes Medical Institute grant gave support to MSP students in the sciences by supplying funds for term-time and summer science research.

The Chesick Scholars Program was introduced in 2012 for a select group of 15 FLI/BIPOC students per year to participate in faculty mentoring, a summer academic program, and monthly workshops during the academic year.

The Pre-Customs program known today as Horizons started was created in 2014 as the “Horizons Leadership Institute,” a 3-day residential program (run primarily by student leaders supervised by the First-Year Dean) for any FLI student interested in enhancing their leadership development. Horizons participants received extra mentoring through an enhanced pre-major advising model, and were encouraged to attend monthly term-time workshops on topics related to academic and social leadership.

As one measure of success of these programs, many participants of the Horizons and Chesick programs went on to become campus leaders, and have helped Haverford change in fundamental and important ways to become more welcoming to BIPOC and FLI students.

In 2020, MSP changed its name again to Horizons to incorporate both the pre-Customs program and the academic year workshops. With the new organization of the Chesick Scholars Program, these monthly workshops will continue as the FLI-ing Squirrels Family Dinners.

The program is named in honor of John Chesick, Professor of Chemistry from 1962–1999. John is remembered as a mentor who consistently stressed the importance of foundational precepts as the basis for academic and scholarly success.

There is also a research internship fund in the Chemistry Department named for Professor Chesick.

Read John Chesick's article "A Global Experiment: CFC's and the Ozone Crisis" from the Winter 1992 issue of Haverford magazine. 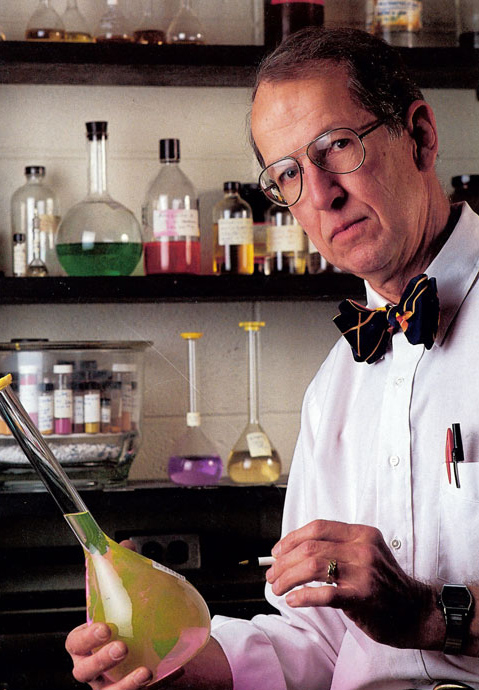