Strange Truth 2020 examines the relationship between the visual and structures of power by engaging with politics of race, gender, and identity. Showcasing the work of international filmmakers, artists, activists, and media scholars, this year’s series explores how documentary and expanded cinema practices make visible the role of images in complicating and (re)constructing complex narratives of history, memory, and time.

Building on the work of Haverford’s Interdisciplinary Minor in Visual Studies, Strange Truth 2020 includes a screening with local partner Bryn Mawr Film Institute and in Haverford’s VCAM (Visual Culture, Arts, and Media) facility, as well as a month-long multimedia exhibition in VCAM.

Strange Truth is made possible by the John B. Hurford ’60 Center for the Arts and Humanities’ Philadelphia Area Creative Collaboratives (PACC) initiative and Leaves of Grass Visiting Artist Program; VCAM and the Malcolm Baldwin 1962 Fund; the Distinguished Visitors Program; the Department of East Asian Languages and Cultures; the Department of French and Francophone Studies; the Interdisciplinary Minor in Visual Studies; the Gender and Sexuality Studies Program; Bryn Mawr Film Institute; and Collaborative Cataloging Japan.

All events are open to the public.
Screenings at Bryn Mawr Film Institute are free for all Tri-Co students, staff, and faculty. Events at Haverford College are free to all. 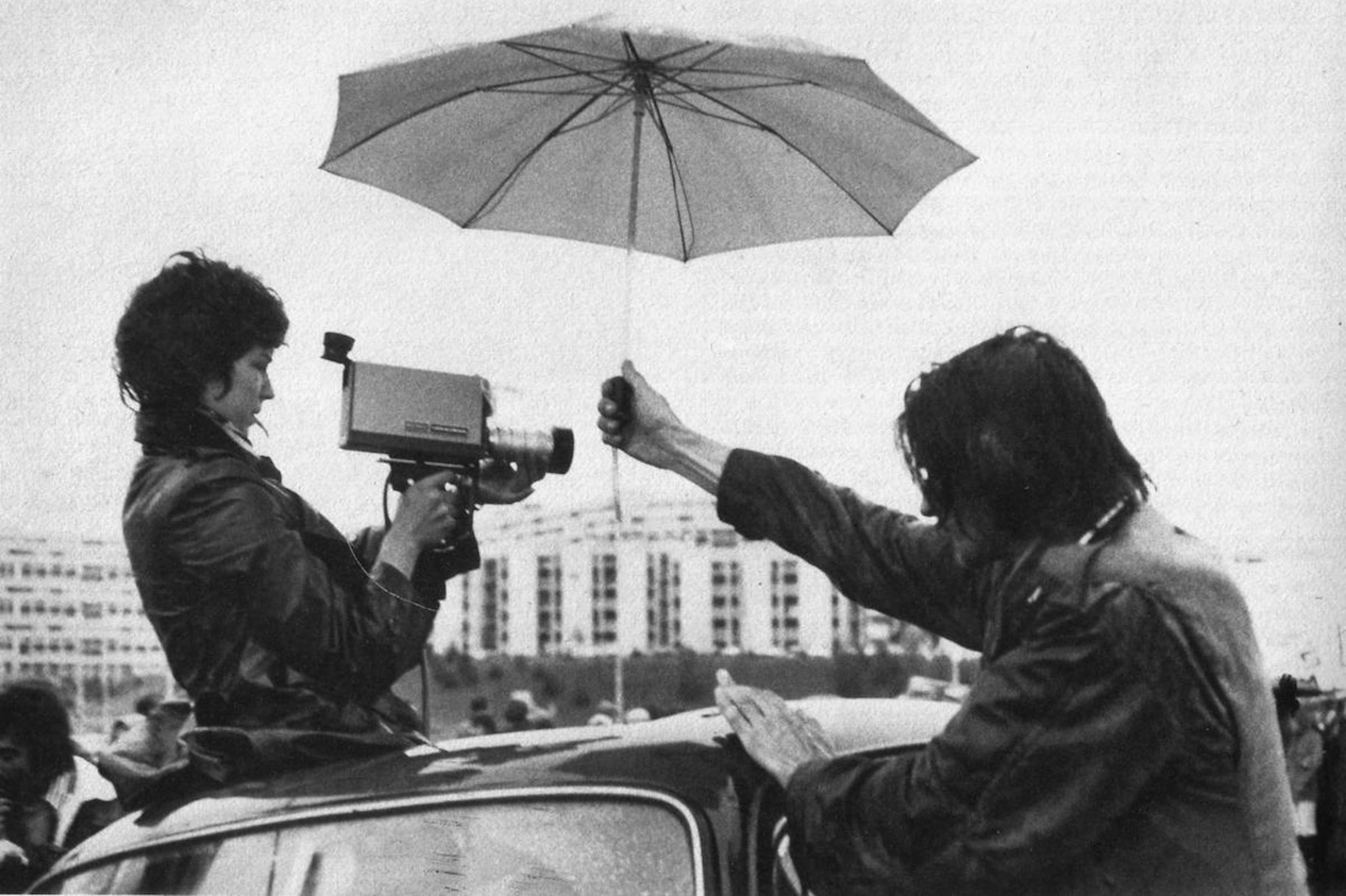 Entirely made from archival footage, "Delphine and Carole" retraces the encounter between French actress Delphine Seyrig and Swiss director Carole Roussopoulos in 1974, their creative and disruptive use of video, their joyful feminism and incisive humour.

A conversation with filmmaker Callisto Mc Nulty and Nicole Fernández Ferrer will follow the screening. 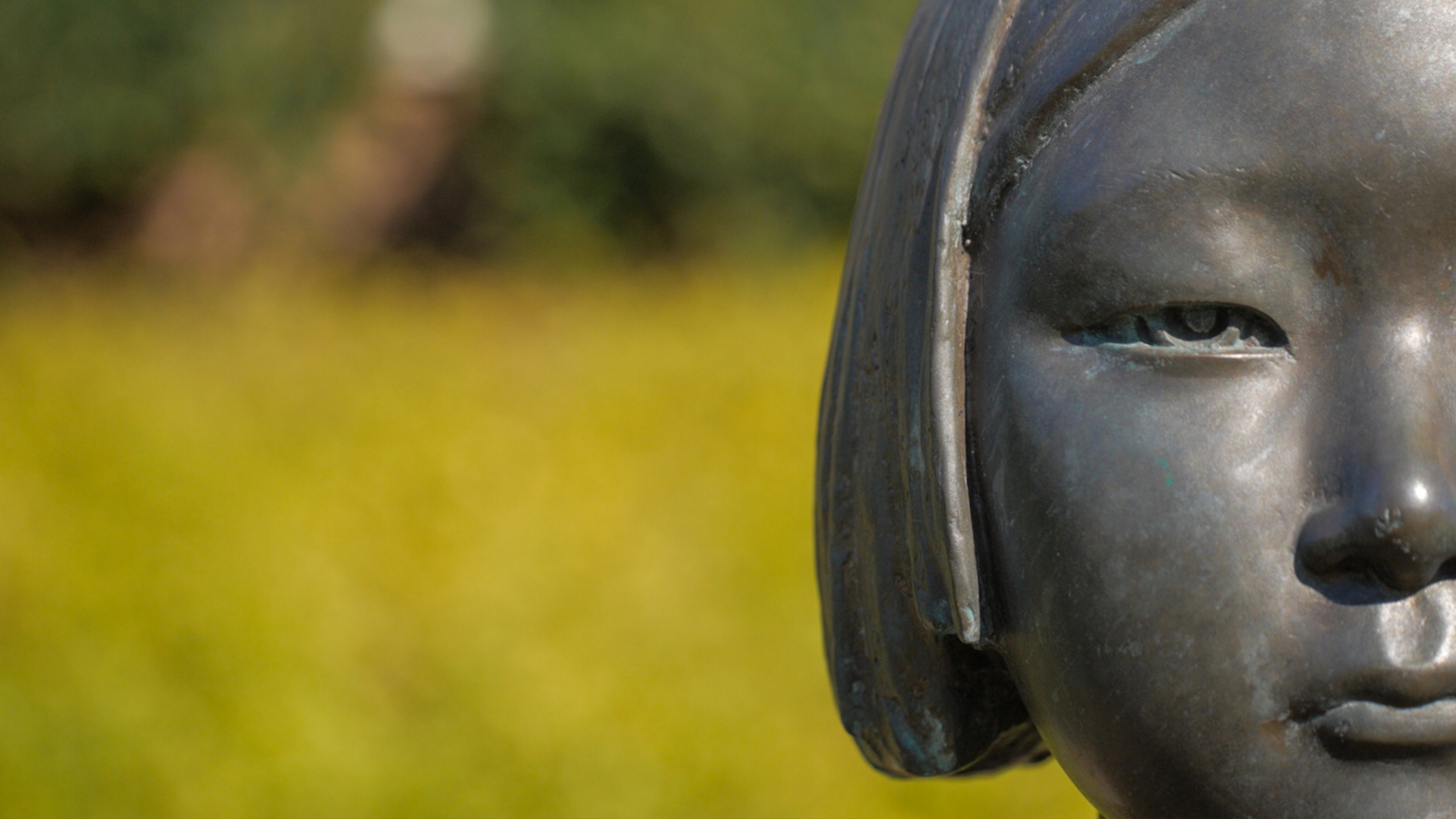 The “comfort women” issue is perhaps Japan’s most contentious present-day diplomatic quandary. Inside Japan, the issue is dividing the country across clear ideological lines. Supporters and detractors of “comfort women” are caught in a relentless battle over empirical evidence, the validity of oral testimony, the number of victims, the meaning of sexual slavery, and the definition of coercive recruitment. Credibility, legitimacy and influence serve as the rallying cry for all those involved in the battle. In addition, this largely domestic battleground has been shifted to the international arena, commanding the participation of various state and non-state actors and institutions from all over the world. This film delves deep into the most contentious debates and uncovers the hidden intentions of the supporters and detractors of comfort women. Most importantly it finds answers to some of the biggest questions for Japanese and Koreans: Were comfort women prostitutes or sex slaves? Were they coercively recruited? And, does Japan have a legal responsibility to apologize to the former comfort women?

A conversation with filmmaker Miki Dezaki will follow the screening. 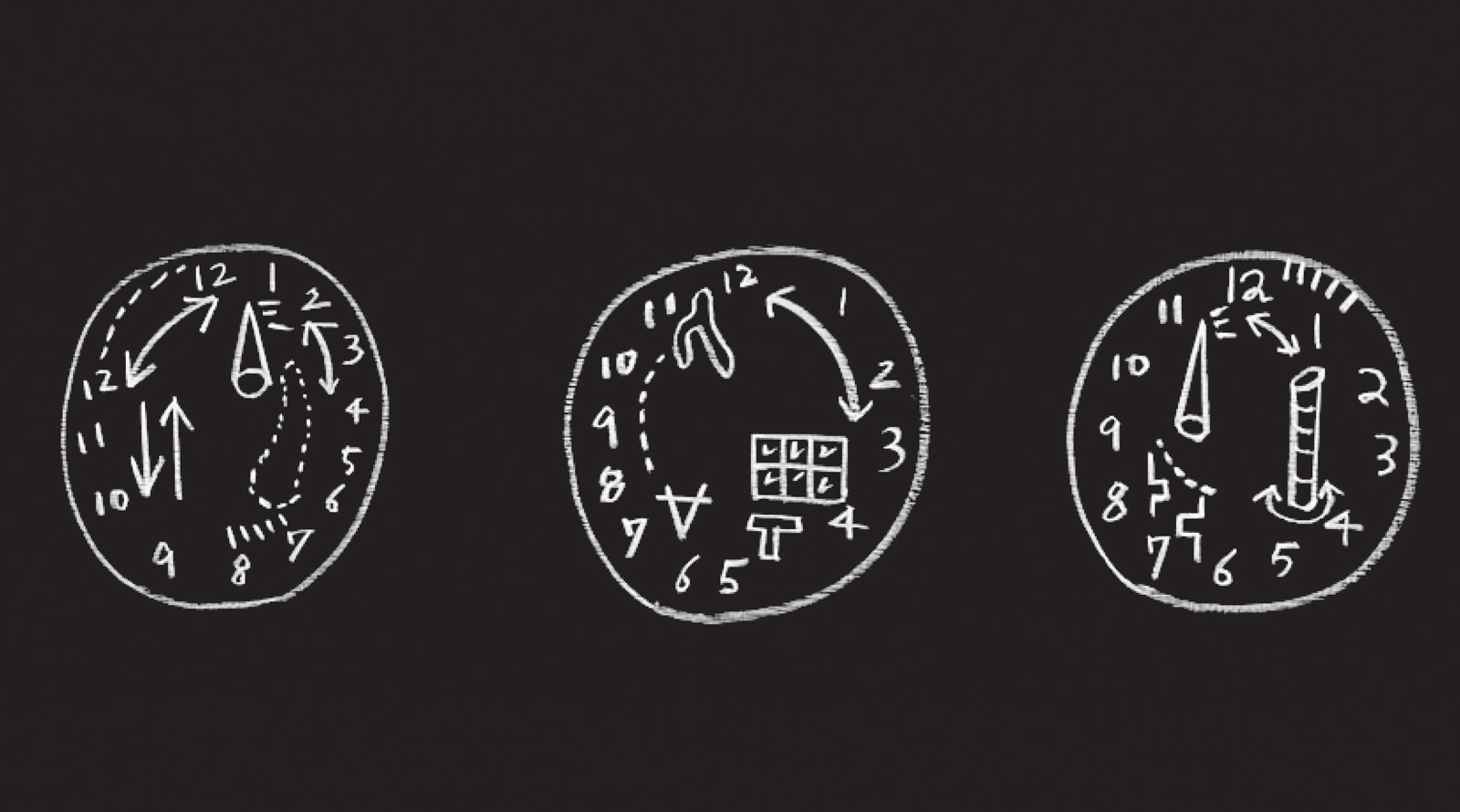 Thursday, April 9, 2020 (Canceled)
Public conversation with artist Shuzo Azuchi Gulliver and Ann Adachi-Tasch, Executive Director, Collaborative Cataloging Japan
As part of Haverford College’s response to the spread of COVID-19 (coronavirus), all campus events have unfortunately been cancelled for the rest of the semester.

In De-time, iconic multi-disciplinary artist Shuzo Azuchi Gulliver (b. 1947 in Shiga, Japan) presents video works, chalk paintings, photographs, and archival materials variously engaged with the intersection of temporality, design, communication, and the archive. Presented as part of Haverford College’s annual STRANGE TRUTH series, the exhibition also features the documentation of Cinematic Illumination viewable on the VCAM Projection Wall during the April 9th exhibition opening reception as well as a program of short video pieces in the VCAM Screening Room. 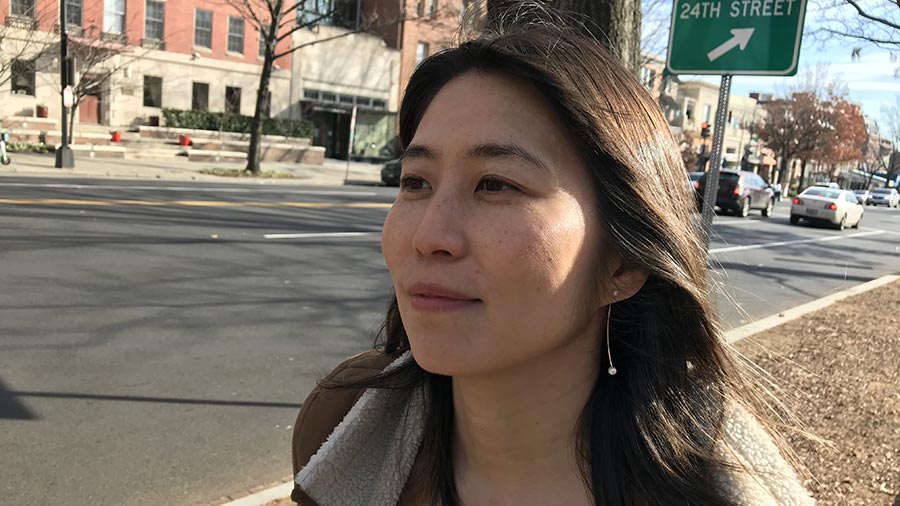 Ann Adachi-Tasch is Executive Director of Collaborative Cataloging Japan, a not-for-profit that supports preservation and archiving of Japanese historical and experimental moving image works. Adachi-Tasch has worked at The Museum of Modern Art, where she managed projects for the Museum's global research initiative titled Contemporary and Modern Art Perspectives (C-MAP), and contributed to the launch of its digital platform, post (post.at.moma.org). In 2009, she organized a touring screening program and publication of Japanese experimental video and film, Vital Signals at Electronic Arts Intermix. She has given presentations and written about the status of media archiving in Japan, at The Museum of Modern Art, Tokyo; Tate Modern (London); Keio University Art Center (Tokyo); and the Archives of American Art (Washington D.C.), among others.

Collaborative Cataloging Japan (CCJ) is an international, 501(c)3 non-profit organization dedicated to preserving, documenting, and disseminating the legacy of Japanese experimental moving image made in 1950s—1980s, in order to enable their appreciation by a wider audience. Without this effort, this unique sector of Japanese cultural heritage, which historically has been underrepresented and unsupported, would remain available to only a very few. Buried in artists’ studios or independent archives, many works are in danger of literal disappearance as film and video mediums continue to deteriorate. The scope of moving image focus includes: fine art on film and video, documentations of performance, independently produced documentaries, experimental animation, and experimental television. For more information, please visit: http://www.collabjapan.org/ 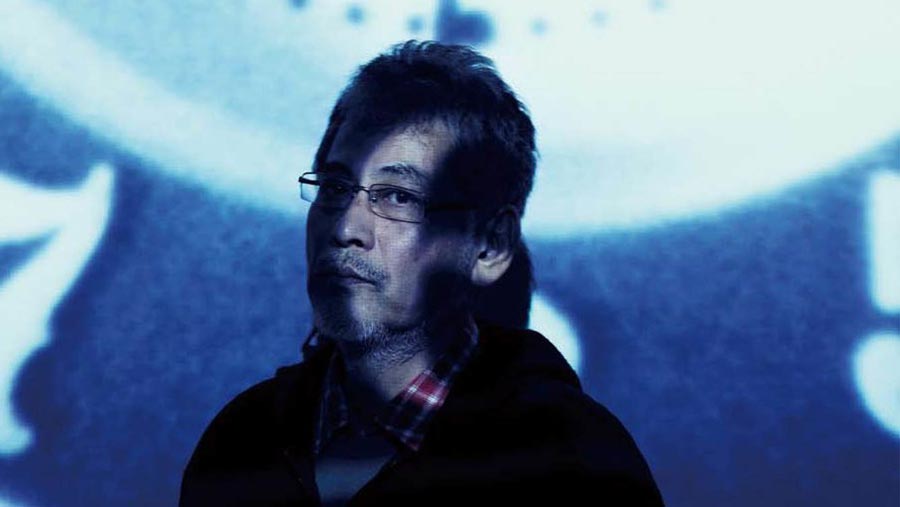 Born in 1947, Shuzo Azuchi Gulliver is an artist working in the mediums of sculpture, prints, photography, performance, and installation. Gulliver was involved in experimental performances and events that marked illustrious Japanese 1960s event-based artistic practices, most notably with his involvement with the collective, Play. His work has been frequently shown in the Netherlands, Italy, Germany, U.K., and other Western European countries, as well as in Japan. From http://www.collabjapan.org/ 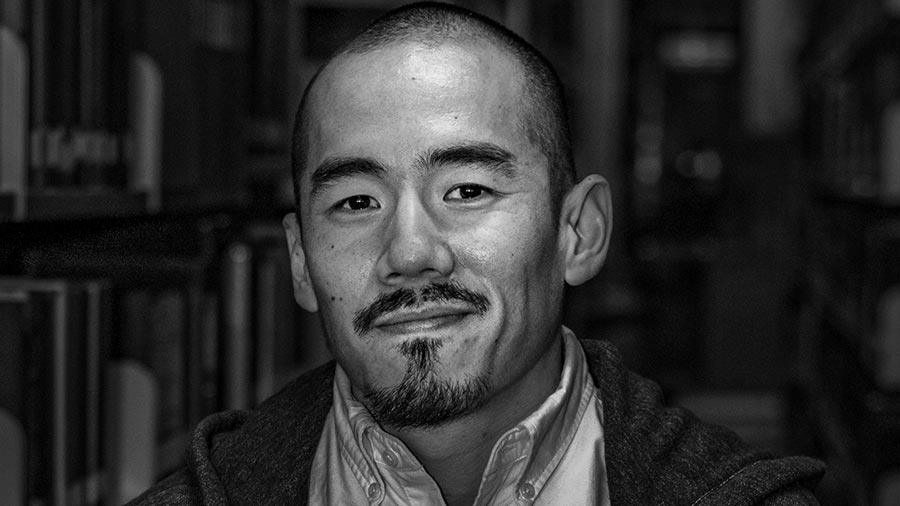 Miki Dezaki is a recent graduate of the Graduate Program in Global Studies at Sophia University in Tokyo. He worked for the Japan Exchange Teaching Program for five years in Yamanashi and Okinawa before becoming a Buddhist monk in Thailand for one year. He is also known as “Medamasensei” on YouTube, where he has made comedy videos and videos on social issues in Japan. His most notable video is “Racism in Japan,” which led to numerous online attacks by Japanese neo-nationalists who attempted to deny the existence of racism and discrimination against Zainichi Koreans (Koreans with permanent residency in Japan) and Burakumin (historical outcasts still discriminated today). Shusenjo is his directorial debut. 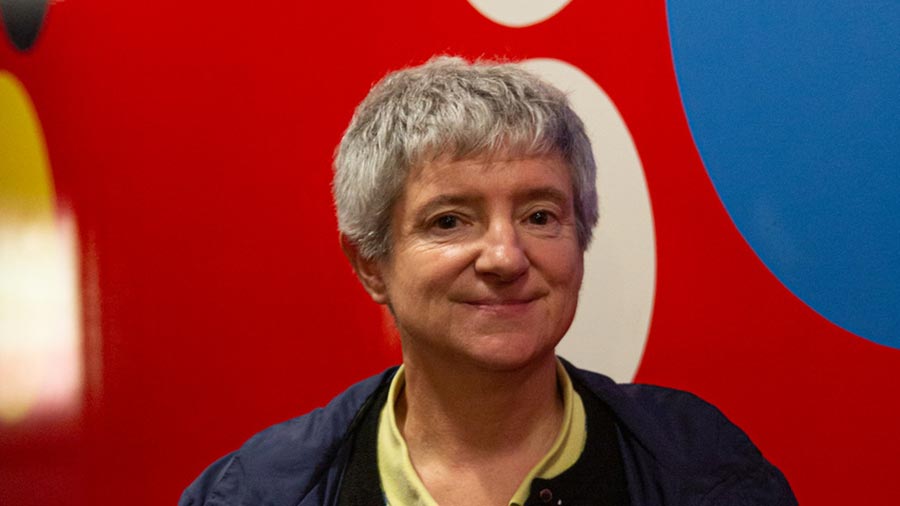 Nicole Fernández Ferrer coordinates the Simone de Beauvoir Audiovisual Centre in Paris where her work focuses on feminist, LGBT+ and film archives, distribution, audiovisual workshops, production, and film analysis based on gender issues. She is currently working with incarcerated women and young people alongside the non-profit organization Prison Librarians. Nicole has lectured on women's film & feminist video in New York, Rio de Janeiro, Madrid, Arequipa, Beijing, Barcelona, and Taipei, and has served as a jury member in numerous festivals. She has programmed the Gay and Lesbian Film Festival in Paris, the Créteil International Women's Film Festival, and Racines Noires. In addition, she works as a translator for films (Spanish and Portuguese to French) and is a board member of the 7ème Genre, Archives du Féminisme, Centre Hubertine Auclert, and Cinémas du Sud-Tilt. She lives and works in Paris. 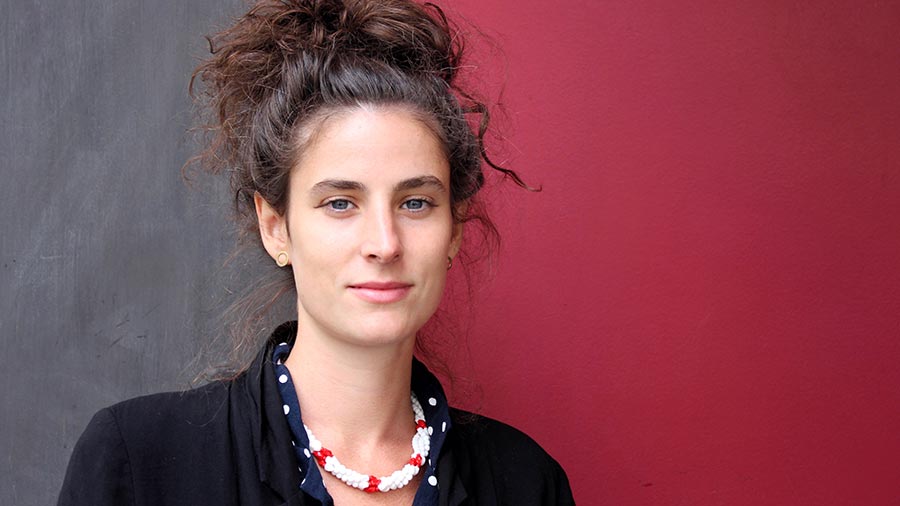 Callisto Mc Nulty is an author, director, and translator, born in 1990 in Paris. She is a graduate of Central Saint Martins and Goldsmiths University in London. Her research in the fields of feminist and cultural studies and the visual arts takes the shape of documentary films as well as editorial and curatorial projects.

In addition to Delphine and Carole, she directed Éric's Tape in 2017 (70 min, co-directed with Anne Destival, featuring Eric Bauer, William Furlong and Colette Lumière), an investigation around a mysterious "Audio Arts" cassette, featuring an almost inaudible conversation between Andy Warhol and several other characters whose identity is initially unknown.

She curated the Bibelot Summer Show at the Wendy Gallery in Paris in 2018, a collective exhibition gathering 37 artists around "trinkets", the poetics/politics of care directed towards the everyday details that usually go unnoticed. She co-edited the digital book SCUM Manifesto (ed. Naima, 2018) gathering together a restored version of the eponymous video by Delphine Seyrig and Carole Roussopoulos, as well as texts and archives surrounding the video and Valerie Solana's radical 1967 text, SCUM Manifesto. 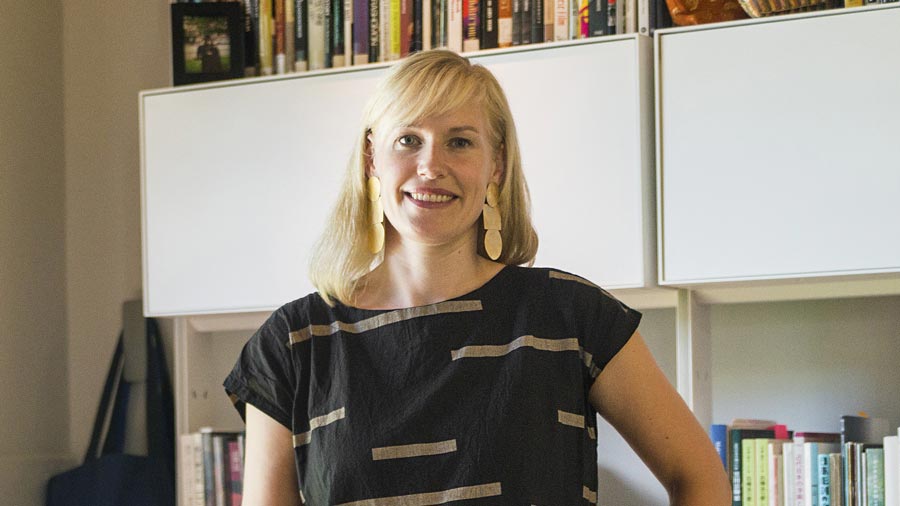 Erin Schoneveld is an Assistant Professor in the Department of East Asian Languages & Cultures and the Visual Studies Program and the Director of Visual Studies at Haverford College. Schoneveld’s research and teaching engages with modern and contemporary Japanese art, cinema, and visual culture examining how these methods of cultural production have evolved into unique modes of address, exhibition practices, and pedagogical strategies in light of a rapidly globalizing world. Her book Shirakaba and Japanese Modernism: Art Magazines, Artistic Collectives, and the Early Avant-garde (Brill 2019) provides a new comparative framework for understanding the tensions between the local and the universal that accompanied the global development of modernism by examining one of the most significant Japanese art and literary magazines of the early twentieth century. Schoneveld’s current book project Naomi Kawase and the Future of Japanese Cinema seeks to address the dearth of scholarship on the role of Japanese women directors within national and world cinema cultures by evaluating Kawase’s auteur status at the intersection of film history, reception theory, gender, and identity. Schoneveld’s research has received support from the Japan Foundation, the Andrew W. Mellon Foundation, the Luce Foundation, the Metropolitan Center for Far Eastern Art Studies, and the Japan Art History Forum. 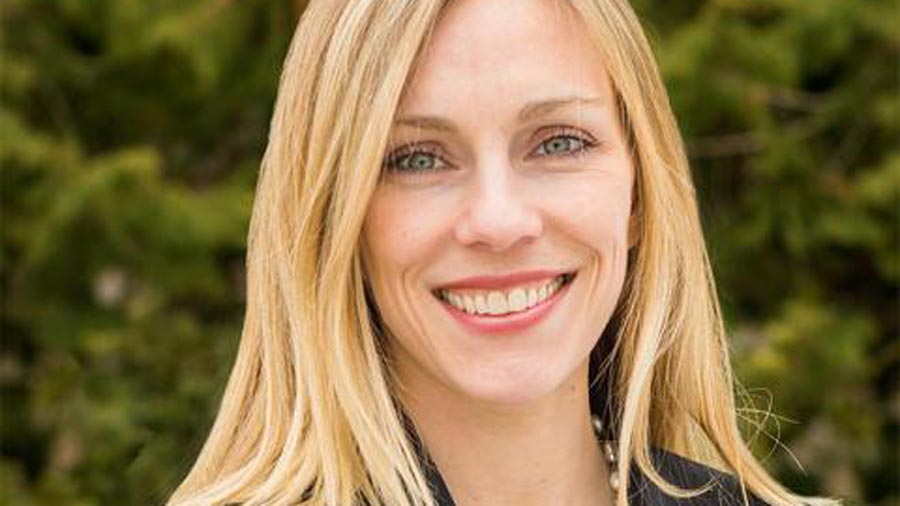 Kathryne Corbin is Senior Lecturer of French and Francophone Studies and faculty fellow in Visual Culture, Arts, and Media at Haverford College. Her current work focuses on women journalists of Belle Époque and interwar France. Her book manuscript explores spectacle and style in the works of France’s first woman reporter, Séverine, and the idea that Séverine positively made use of the condition of her sex, that is, of women’s non-status, in order to investigate and report current events to readers of the daily press. She most recently published "Journalism and the Politics of Emotion: Sand and Séverine as Case Studies" in George Sand Studies. In addition to her research in nineteenth- and early twentieth-century literature and cultural studies, she specializes in foreign language pedagogy.