The Muslim Kings of Comedy

Thursday, March 24, 2022, World Cafe Live: Organized by Philadelphia comedian Moses the Comic and Haverford College professor of religion Guangtian Ha, The Muslim Kings of Comedy is a groundbreaking show with a lineup featuring the top international Muslim comedians in the halal industry: Preacher Moss, Omar Regan, Azeem Muhammad, and Moses The Comic. Tickets are $25-$30 and can be purchased directly from the World Cafe Live website.

Organized by Philadelphia comedian Moses the Comic and Haverford College professor of religion Guangtian Ha, The Muslim Kings of Comedy is a groundbreaking show with a lineup featuring the top international Muslim comedians in the halal industry: Preacher Moss who created the “Allah Made Me Funny” comedy tour that sold over one million dollars in ticket sales; Omar Regan founder of the first Muslim film production company ‘Halalywood’; Azeem Muhammad from BET’s Comic View; and Moses The Comic, founder of ‘Let My People Laugh Productions,’ who has performed with Kevin Hart, Snoop Dogg and many more. These four comedy pioneers have never been together on the same show, so this is going to be a treat. The show also stars one of the biggest social media comediennes and influencers, the hilarious Nadirah Pierre and the reigning 'Princess Of Philadelphia Comedy' Shanell Renee, who has toured the country performing with Wanda Sykes, Sommore, Black Thought, and many more.

One half of Philadelphia's own 'Kindred The Family Soul', DJ DK aka Fatin Dantzler will be spinning the tunes at the Muslim Kings Of Comedy event. Please join us!

Tickets are $25-$30 and can be purchased directly from the World Cafe Live website. A limited number of free show tickets are available for the Tri-College community. To reserve your ticket, please contact Hurford Center Associate Director James Weissinger at jweissin [at] haverford.edu.

World Cafe Live’s main entrance is located at 3025 Walnut St. Philadelphia, PA 19104. The venue is conveniently located in the University City District of Philadelphia, right off of I-76W (Exit 345) and just a few blocks south of Philadelphia’s 30th Station, which includes services from Amtrak, NJ Transit, and SEPTA.

There is plenty of metered parking available within walking distance of the venue on Walnut St, Lower Walnut St, and 31st St. There are also several flat rate public parking lots nearby. For evenings and weekends after 5pm, we recommend FMC Tower. For weekdays, try Penn Park or LAZ Parking.

All levels of the venue are accessible by World Cafe Live’s central elevator. If you are using a wheelchair or mobility device, we recommend entering through the lower level on 31st Street. Please feel free to reach out ahead of time with any needs so that we can best accommodate you.

If you travel with a personal care attendant (PCA), the PCA will receive a complimentary ticket with accompanying purchase. All requests for a PCA ticket must be made at the time of purchase by calling 215-222-1400 or emailing TicketingStaff [at] worldcafelive.com. 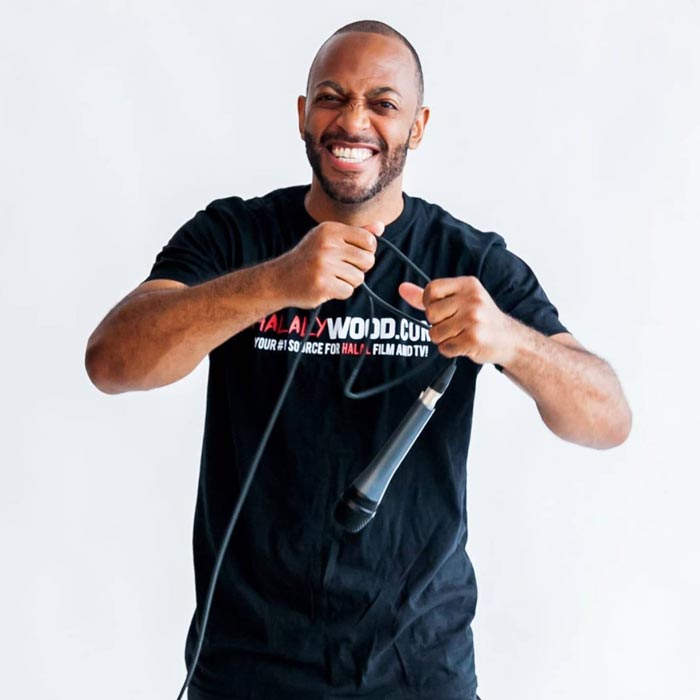 In November of 1999 Omar Regan jumped on stage as a stand-up comic in local Detroit Comedy Clubs and soon after auditioned and was awarded the leading role in a Regional Ford Focus Commercial and knew acting was his passion, all in the same year Regan left Detroit for Hollywood.

In 2001 Regan was offered and accepted the role as Double for Chris Tucker in the hit movie “Rush Hour 2”. In 2005 Regan was on the main stage at The World-Famous Comedy Store in Hollywood and got the attention of talent scouts, and soon after he appeared on E!’s reality series, “Fight for Fame,” and won a theatrical contract with Acme Talent Agency. 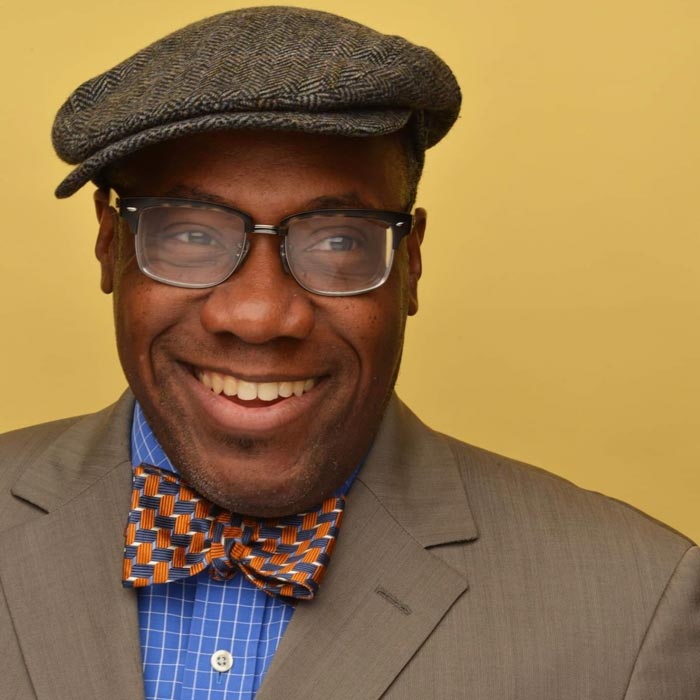 Groundbreaking and pioneering entertainer Preacher Moss has been called the “Godfather of Muslim Comedy”. He is known as the founder of the sell-out “Allah Made Me Funny” official Muslim comedy tour which paved the way for comedians around the world and toured 30 U.S. cities during its first year domestically and internationally in Canada, Europe, Malaysia, Australia, New Zealand, and the Middle East.

His ‘End of Racism’ Comedy and Lecture tour was voted “Best Diversity Act” on college campuses and is recognized as an industry standard for being a tough, honest, and brilliantly funny voice on the conversation of race, diversity, and understanding in the world. Preacher’s unique lecture style has been described as “smooth, intelligent, and thought provoking”, as his “seriously funny” message simultaneously occupies two spaces of laughter and intellectual engagement at the same time. Moss is a master thinker, craftsman, and storyteller.

As a writer for Hollywood heavyweights like Damon Wayans, George Lopez, and Darrell Hammond on Saturday Night Live, Preacher Moss had proven his value across many levels of stand-up, activism, and community empowerment. He continues to tour nationally selling out shows everywhere he goes. 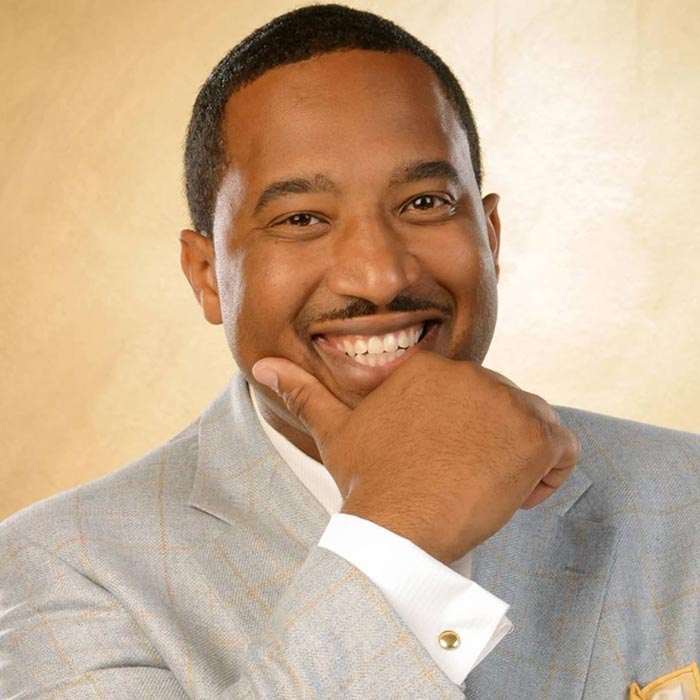 Azeem, a native of St. Louis, Missouri, began his comedy career in 1999 at the age of 26 while working at a rehabilitation center for persons with intellectual and developmental disabilities. In 2005, Azeem made his network television debut on “Comic View”, which brought him to the attention of many clubs and colleges throughout the United States. Since then, for over twenty years Azeem’s comedy has brought laughter to millions of people worldwide. Whether across stage, colleges, corporate events or religious functions, the result is always the same: drop-dead funny!

In 2005, Azeem was the recipient of the MPAC Image Award, for his stand-up performance on the critically acclaimed ‘Allah Made Me Funny: Official Muslim Comedy Tour’, which provided an opportunity for a healthy dialogue between Muslims and non-Muslims; drawing the attention of The Daily Show w/ Jon Stewart. His ability to build bridges across gender, ethnicity, and religious lines has earned him the title of “holistic healer through humor” because of his ability to intertwine touchy subjects in a politically correct society with charismatic candor.

Azeems standout performances have taken him to over 5 continents, 37 countries, and a favorite on the seven seas; performing onboard Royal Caribbean and Carnival Cruise Line ships. His first full comedy CD “I’m Just Serious” was released in 2010, and his first DVD “Live & Unfiltered” was released in 2015. Azeem can be heard every week on his podcast “I’m Just Serious” on iTunes and Stitcher Radio. 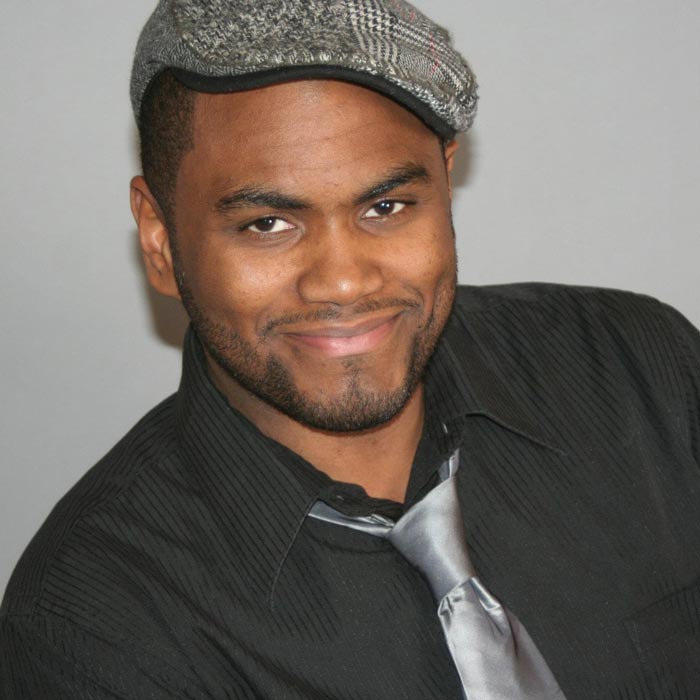 Moses The Comic is a seasoned international Muslim comedian, writer and actor with a diverse range of innovative concepts who began his comedy career in Philadelphia at the world famous Laff-House. Since then, Moses has performed all over the world with his routine bridging the gap between Muslims & Non-Muslims from Caroline's on Broadway, The Hollywood Improv, The Laugh Factory, Uptown Comedy Corner, Jokes & Notes & many more. Moses has toured and performed domestic and internationally with superstar entertainers Kevin Hart, Michael Blackson, Steve Harvey, George Wallace, Charlie Murphy, Kelly Price, Snoop Dogg, Tommy Davidson, Deen Squad, Omar Regan, Preacher Moss, Jill Scott, Kindred The Family Soul among many others and has been featured on the BBC IPlayer and British Muslim Television Network in the UK.

Moses performed and headlined in the sold out international & domestic comedy shows "The Super Muslim Comedy Tour" which has sold out over 200 shows across six countries and has been a huge success receiving rave reviews & raised over 3 million dollars for various relief efforts worldwide. Due to the success of the tour, it won the "Fundraising Campaign of the Year" at the Muslim charity Awards in the United Kingdom.

Moses The Comic starred in a Comedy Central test pilot "Minimum Wage" and is a registered writer with the Library of Congress and a member of the 'Writers Guild East' for writing an episode of the animated show "Family Guy". Moses continues to establish content for his fan base across his various social media platforms from and Moses is currently producing a web series entitled "It's Always Sunni In Philadelphia" and can be seen performing in multi-city venues touring domestic and internationally.

Nadirah Pierre, often referred to as “Nadirah P” is a stand-up comedian hailing from Newark NJ. She is internationally known for her social media skits and commentary on topics ranging from marriage and relationships to current events and politics. Nadirah always maintains a sense of modesty with jokes that are entertaining but not vulgar and whether making people laugh in person or online, her purpose she says is telling the truth no matter how ugly or uncomfortable it may be. Funny, relatable, stylish and unapologetically Muslim, Nadirah is paving the way for female Muslim comedians worldwide. 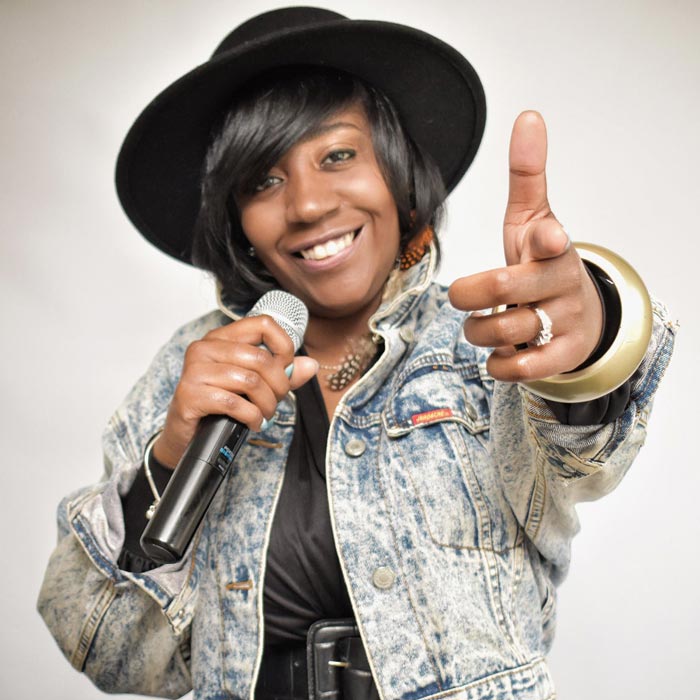 Shanell Renee is a clean comedian who shares her life story with a mix of charisma, hilarity and relatability. She graduated from Philadelphia Comedy College at Helium Comedy Club and since then has performed on stages all over the country. Shanell is the winner of the "Best Female Comic Of The Year" at the 'Philadelphia Hip Hop Awards' and has been featured on Fox, Punchline Comedy Club, The Laugh Factory in Hollywood and much more.

Guangtian Ha is a professor of religion at Haverford College. His latest book The Sound of Salvation: Voice, Gender, and the Sufi Mediascape in China is published by Columbia University Press. He is co-editor of The Contest of the Fruits (MIT 2021), a book that exposes the rich cultural and religious traditions of the Turkic Uyghur Muslims at the heart of the ancient Silk Road. He co-teaches a course titled From Malcolm X to Dave Chappelle: Humor, Comedy, and Islam in America with Moses the Comic at Haverford College.