Fords on Friday is an opportunity for students to chat with alumni about their career path and industry trends. Alumni offer career advice and field questions from students.

Spring 2022 will be on Zoom. Register in Handshake to receive the Zoom link!

Recorded sessions will be available the following week and accessible through Google Drive.

James Akinaka '16 is currently a Digital Marketing Coordinator for Penguin Young Readers, a division of Penguin Random House. As a children’s book marketer, he works on influencer marketing and social media campaigns for Penguin Young Reader’s Young Adult publishing list, including authors like Sabaa Tahir, Renée Ahdieh, and John Green; recent New York Times bestsellers Beasts of Prey by Ayana Gray and Call Us What We Carry by Amanda Gorman; as well as Last Night at the Telegraph Club by Malinda Lo, winner of the 2021 National Book Award for Young People’s Literature. As part of supporting Penguin Teen’s social brand channels, he can be found giving book recommendations on @PenguinTeen’s Instagram and occasionally appearing in @penguin_teen TikTok videos. He is a board member for the POC@PRH Employee Resource Group and a member of the cross-publisher community group People of Color in Publishing. 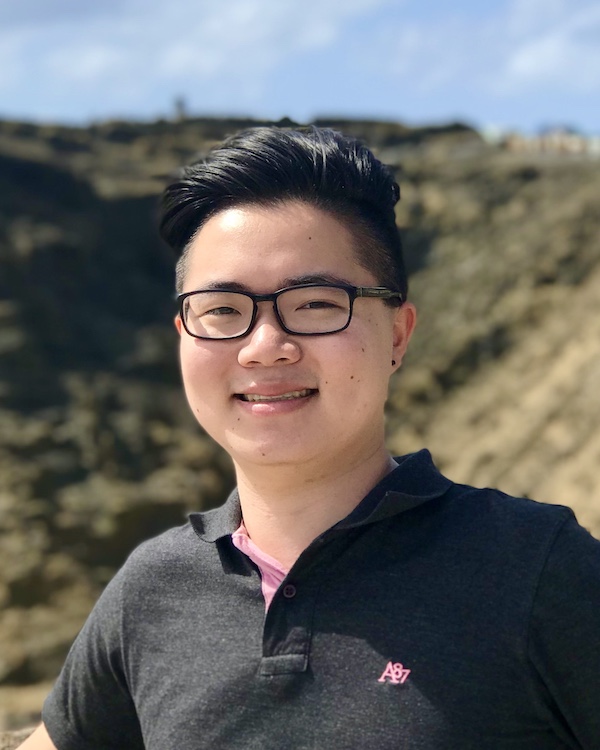 Amancay Kugler is a Chicago-based circus instructor, performer, and director. Her company, Yes Ma'am Circus, was created in 2018 and has since produced 3 full length shows, 2 cabarets, and several virtual performances, and is currently producing the Chicago Circus & Performing Arts Festival, scheduled for late April. As a circus performance director, Amancay specializes in revamping classic literature for a modern audience, with a focus on gender, race, and queer representation. Her full length shows have been It's Not Me; It's You- based on a fusion of Paradise Lost, biblical apocrypha, and Good Omens- 12th Night, and Alice in CircusLand. She balances directing and performing in shows with her side jobs teaching circus arts for recreational students ages 2 and up, managing the business elements of Yes Ma'am, and raising her two toddlers, Diana (3) and Gabriel (1), with her husband Matthew, a law professor for Northwestern University and part-time circus performer.

At Haverford Amancay double majored in Psychology and Dance through Bryn Mawr. She also attended a semester at Headlong Performance Institute in Philadelphia, taught by Bryn Mawr Professors David Brick and Mark Lord. Following college she moved to Chicago, where she attended the Aloft Circus Arts Full-Time Training Program for a year. 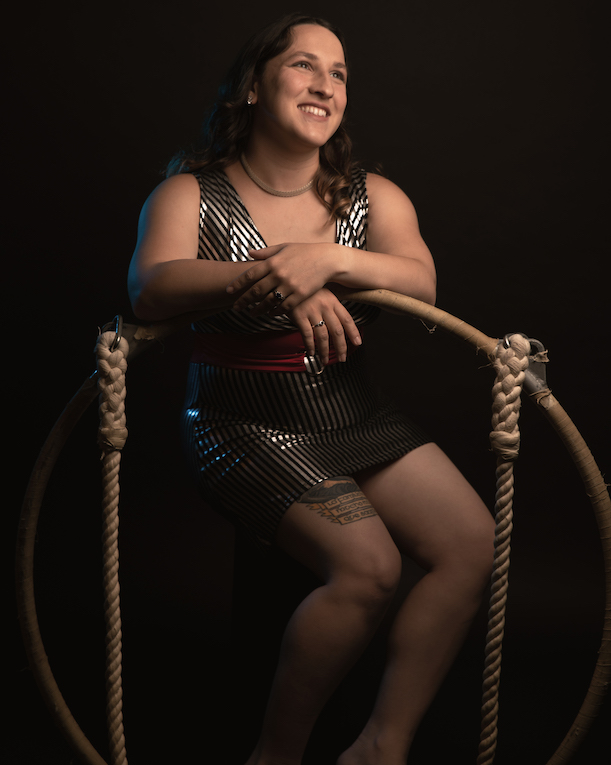 Aaron currently leads partnerships for Breakthrough Energy, an organization founded by Bill Gates to help the world get to net-zero greenhouse gas emissions while making sure everyone has access to the clean, affordable, and reliable energy they need to thrive.

Prior to joining Breakthrough Energy, he spent 10 years at Facebook creating and strengthening telecom and infrastructure partner ecosystems. This work accelerated the deployment of new solutions that will help billions of people get connected to the internet for the first time and will allow billions more to become better connected. In addition, he built a team that supported the company’s rapid transition from desktop to mobile while leading many of the company’s most strategic partnerships, including Amazon, Apple, Microsoft, Samsung, and dozens of others.

Before Facebook, Aaron spent over 10 years building partnerships and incubating, deploying, and scaling apps and services foundational to the mobile internet. This included work at Qualcomm leading partnerships with the first wave of mobile content and app providers and at PacketVideo driving product launch activities for the world’s first commercial deployments of mobile video services.

Aaron holds a BA from Haverford College and an MBA from the Kellogg School of Management at Northwestern. 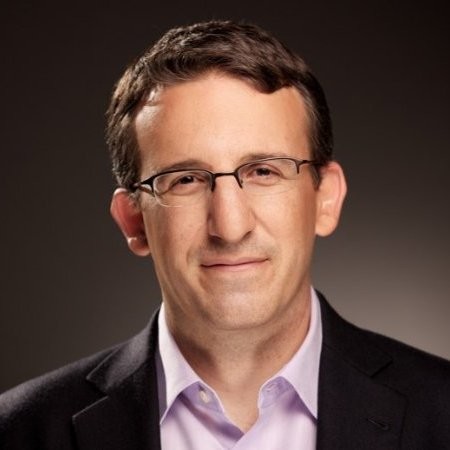 Isfar currently works as an Economist for Citigroup’s US Economics research team. This team has a broad mandate to cover the US economy and help draw market-relevant insights out of economic data. Since joining Citi, Isfar has spent the bulk of his time covering the Fed’s balance sheet and the aggregate bank balance sheet. In addition to that, he covers high-frequency labor data and the US housing market.

Prior to joining Citi, Isfar worked as a research assistant at the Federal Reserve Board of Governors in the Monetary and Financial Markets Analysis team (MFMA). Isfar was heavily involved in covering Fixed Income derivatives markets (swaps/swaptions, interest rates future, and non-linear options) and developing models to price out market expectations for interest rates and separating term premiums from expectations.

Isfar graduated from Haverford in 2018. He majored in economics, minored in statistics, and was an all-rounder for Haverford’s cricket team for all four year. 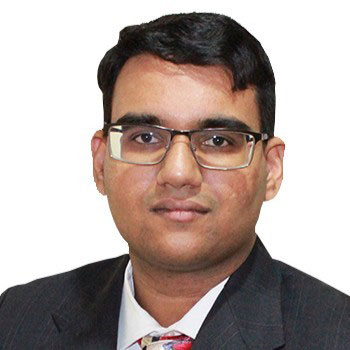 Prior to joining Wunderkind, Josh worked as a Research Analyst on the Research Science team at The NPD Group (working alongside Robert Eisinger '87). Josh led monthly production processes for multiple datasets across the US Apparel, US Mobile Phones, and US Watches industries and worked closely with multiple departments to ensure that quality data was delivered to clients consistently.

Josh graduated from Haverford in 2019. He majored in economics, concentrated in mathematical economics, and minored in psychology. Outside of the classroom, Josh was a member of the Men's Tennis team and was an Honor Code Orienteer in Customs. 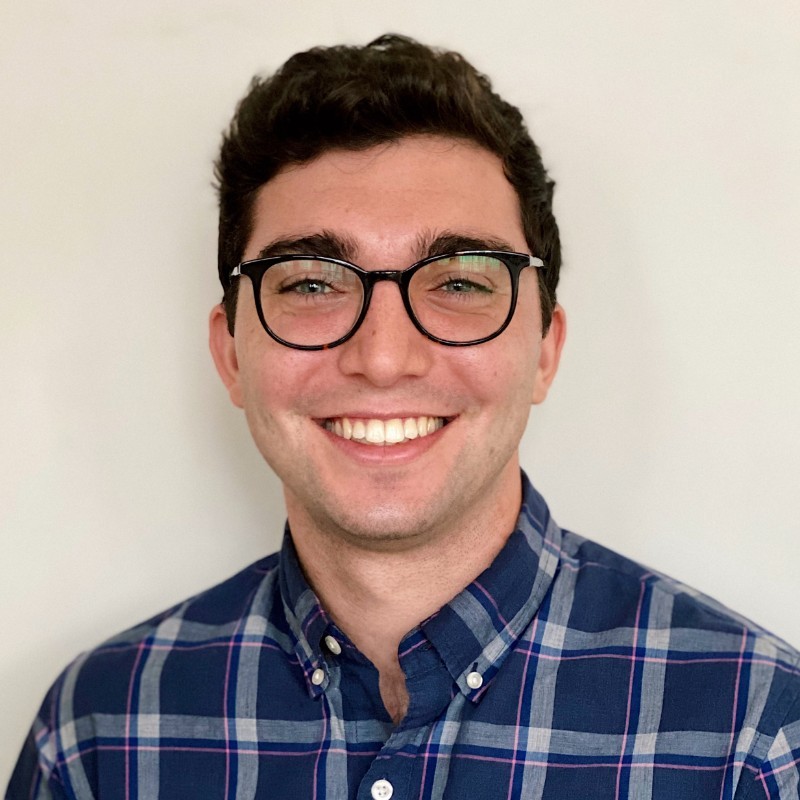