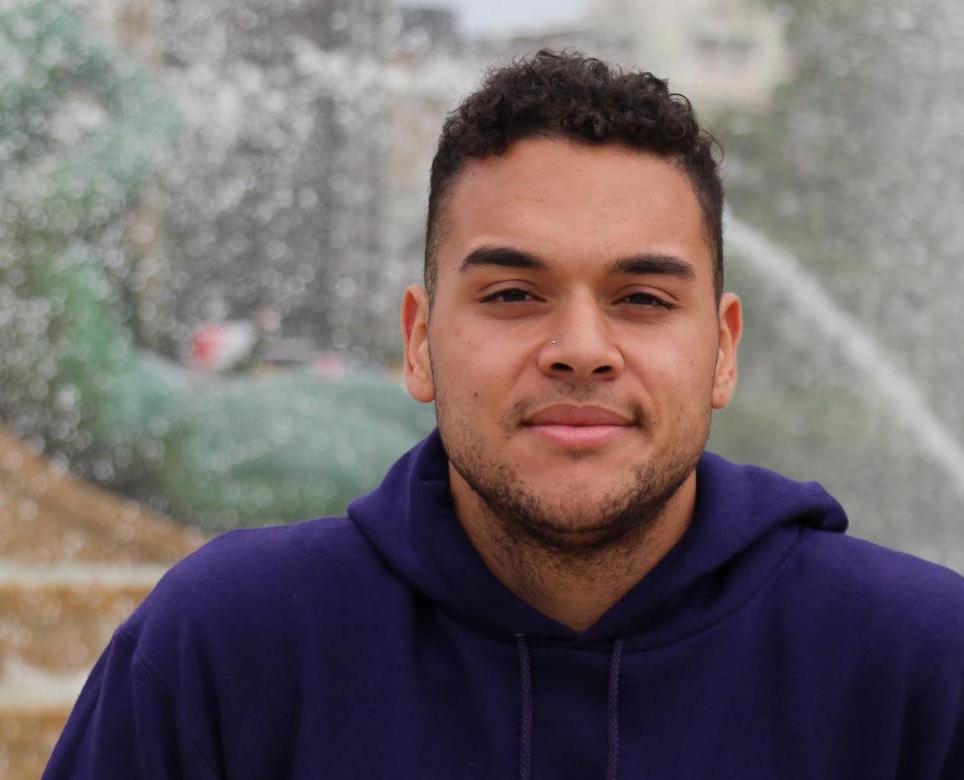 As a nationally certified sign language interpreter, Sam Leath ’10 may not use his Haverford anthropology major in the most traditional way, but, as he sees it, he is still applying the skills he developed studying different cultures, languages, and people to his work as a communication facilitator.

Right after graduating from Haverford, Leath joined an interpreter education program in his hometown of Columbus, Ohio. After completing the two-year program, he began working as a pre-certified interpreter in Central Ohio. Fourteen months after becoming an interpreter, he took the National Interpreter Certification examination and has been working as a nationally certified interpreter in San Francisco ever since. Most of the time, Leath works at universities, schools, medical offices, and businesses. But he has also had opportunities to interpret public events, including political appearances events for well-known politicians, and to work in the Middle East.

Because of his Haverford anthropology studies, Leath understands the nuance embedded in distinct linguistic groups. “Anthropology offers us the tools necessary to understand other cultures on their own terms,” he says. “To be an effective interpreter, it is crucial to understand the ways overlapping cultural identities factor into our social interactions and to make sure they are accounted for as best as possible in our interpretations.”

Looking ahead, Leath is considering specializing within his field. He is particularly interested in interpreting in K-12 educational settings, legal settings, and trilingual interpreting.

“As a Haverford alumnus,” he says. “I feel empowered to engage in a variety of academic and professional interests in meaningful ways.”