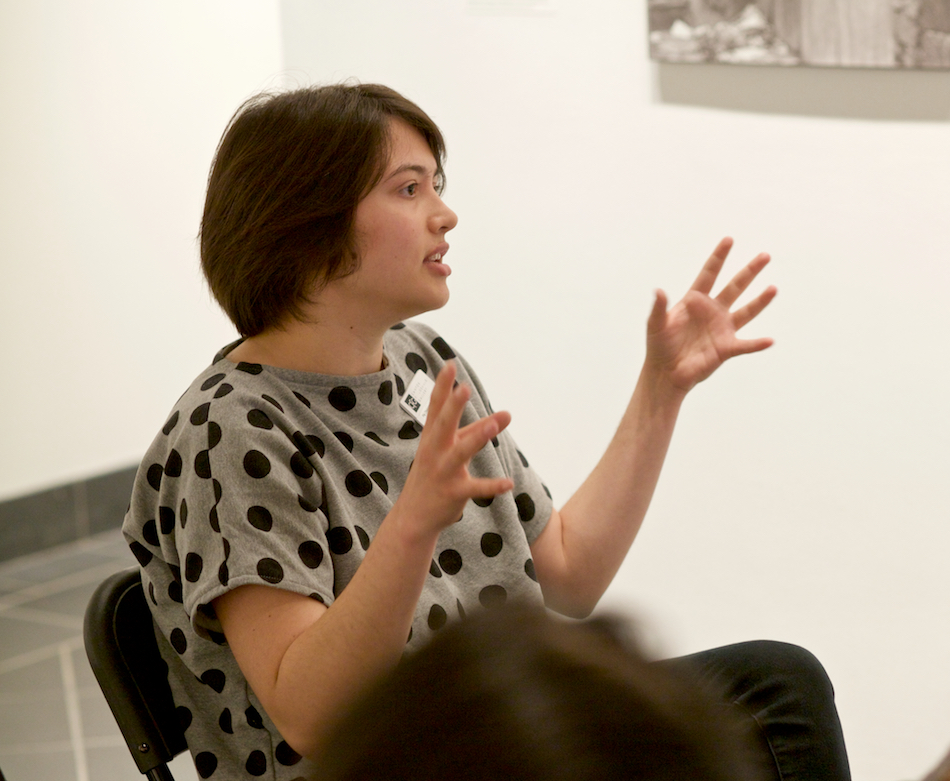 Why did you choose to major/minor in Spanish or pursue a concentration in Latin American, Iberian and Latino Studies?

My formative years were spent in San Diego, and when I couldn't study at a German school (my father's German) the obvious choice was Spanish. I soon fell in love with the language and its diverse literary tradition and decided already in high school that I would double major in Spanish and History of Art.

What is your current job and/or career path?

While my original goal was to go straight from by BA to a PHD program in History of Art with a concentration in Contemporary Latin American art, I decided instead to move to Berlin. I have been here for nearly a year and a half now.

Currently I am part of the curatorial team of a weekly year-long film series called how does the world breathe now? and Associate Curator of We are not worried in the least, a solo exhibition from Jasmina Metwaly for the 68th Berlinale's Forum Expanded. I am also developing my own artistic practice involving video, painting, and bookmaking.

What are your future educational and/or professional goals?

For the moment I plan to stay in Berlin, developing my curatorial and artistic practices. However, I hope to apply to residency programs in 2019 and to explore MFA or other practice-based degrees in the future.

How has the Spanish/LAILS program helped you develop and pursue your professional goals?

The Spanish language and my thesis studies have been fundamental in both my curatorial and artistic practices. I have many Spanish-speaking friends and have used my language skills to translate subtitles for a documentary from the 1960s Venezuelan collective Techo de la Ballena and to interpret for a friend's event on censorship of art by Spanish governmental cultural institutions, among other instances. One potential upcoming project is the Spanish to English translation of an artist's book on haptic politics.

In my artistic practice, studying Contraproyecto by Carla Grandi and La Nueva Novela by Juan Luis Martínez has inspired me to develop my own artist's books. I am also hoping to form a collective of artists, poets, and journalists to create a series of books that would serve to playfully educate readers about Berlin's bureaucratic challenges, inspired by the mental exercises of Martínez and by Grandi's practice of reflexive montage.

What advice do you have for incoming/potential majors (and minors)?

My biggest piece of advice for those who are deciding between the major and the minor is to really consider the major. Especially if you enjoy reading and writing in Spanish, the senior thesis is such an incredible experience and one that you are unlikely to have again.

Also, unless you are a student coming from a Spanish-speaking country, study abroad for the full year. The second semester makes such a difference because it allows you to make real commitments to people and programs that will exponentially enrich your experience.