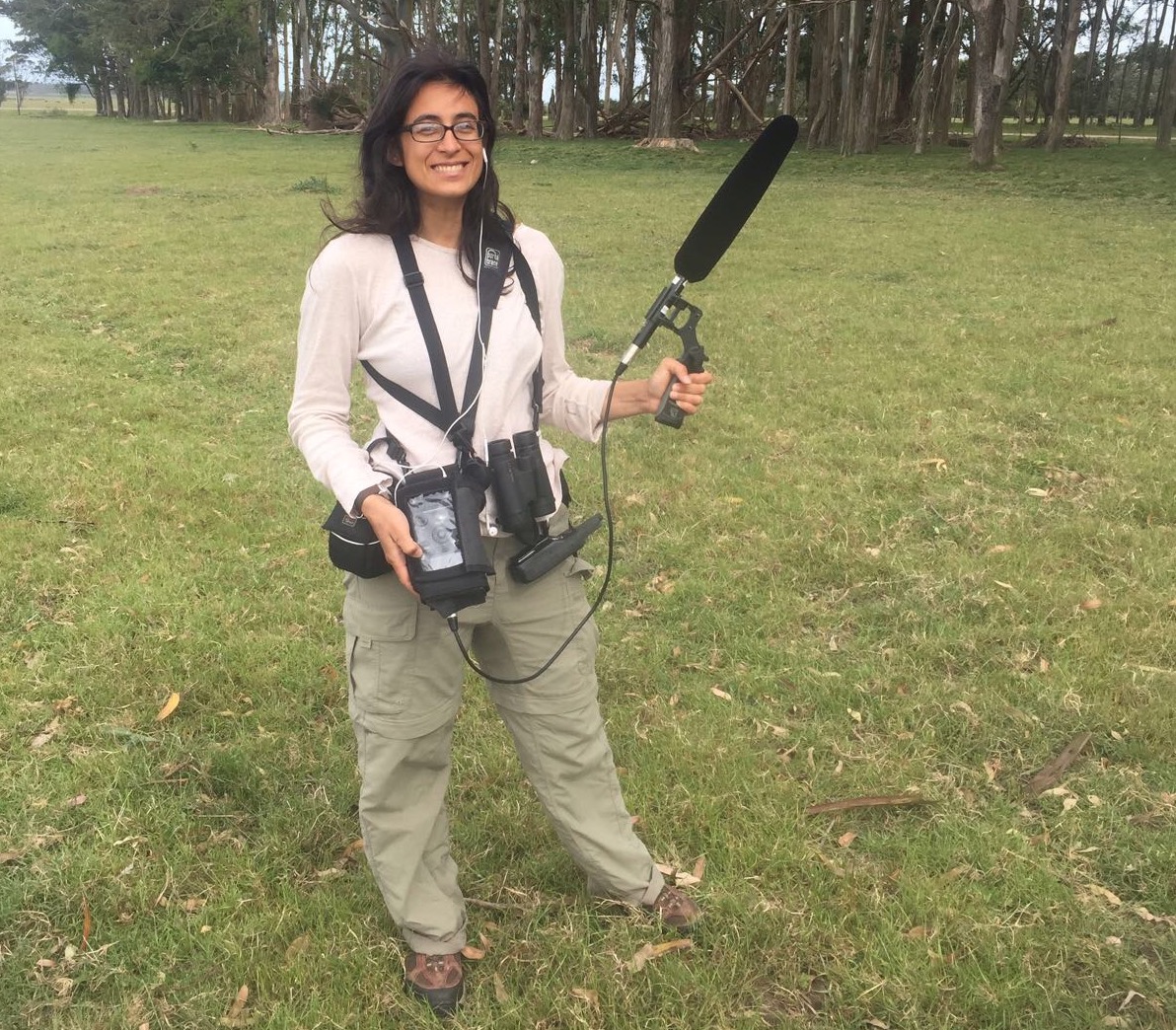 Why did you choose to major/minor in Spanish or pursue a concentration in Latin American, Iberian and Latino Studies?

I was born in the U.S. and grew up traveling between my family's homes in the U.S. and Nicaragua. I constantly maneuvered the various challenges that arise as identity transforms across geographic, socioeconomic and cultural space. My duality became deeply rooted and drove me to seek other challenging learning environments. At Haverford I completed a double major in Biology and Spanish. It was not an easy path, and my mentors at the time can certainly attest to that. But I learned an immense amount, and began to consider what I learned in my Spanish major as more than just a continuation of my family inheritance, but rather part of a long-term career.

What is your current job and/or career path?

I'm a PhD candidate in Biology at New Mexico State University. My mentor at NMSU, Tim Wright, works with parrots as models to address various ecological and evolutionary questions, such as how human language evolved. For my thesis, I'm studying an invasive parrot species to ask how species adapt to a rapidly changing world.

What are your future educational and/or professional goals?

I'm beginning to search for post-doctoral positions and funding to continue my research. I want to carry out rigorous research across international and cultural borders, collaborating with scientists in countries less represented in science compared to the U.S. and other wealthy nations throughout the Northern hemisphere.

How has the Spanish/LAILS program helped you develop and pursue your professional goals?

Learning to read, write and think critically in another language are some of the many skills I learned after writing a thesis with Roberto Castillo-Sandoval and taking courses with Roberto, Graciela Michelotti, Israel Burshatin and Ana López-Sánchez. I also picked up on little bits of each professor's cultural experiences, another important factor to learning a language. My experiences in the Spanish department helped polish and round out my skills, and these skills have helped me come closer to my career goals. Aside from my thesis research, I've been able to contribute to research projects in Costa Rica and Nicaragua. I've organized and delivered bilingual workshops about how to harness open-access tools in the intersection between biology and computer science (which biologists like to call bioinformatics) in Costa Rica, Nicaragua and Argentina. In December 2017 my wife and I returned from a Fulbright experience in Uruguay, where I spent 9 months studying my focal species in the wild, and laid the groundwork for collaborating with scientists at la Universidad de la República in Montevideo. Publications are the currency of science, and many of these experiences have turned into or will become publications. But beyond scientific currency, these publications are manifestations of fruitful collaborations across international borders, and I see them as small steps against the traditional dominance hierarchy that we currently experience in science.

What advice do you have for incoming/potential majors (and minors)?

Be a sponge. Push yourself to learn constantly. If you decide to major or minor in the Spanish department, or if you take courses in the department regardless, give yourself permission to leave your comfort zone. Speak up in discussion classes, all the time, even if you don't like how the words come out. Learning a new language is not comfortable, nor is it passive, but it is worth every moment. Finally, I'd be happy to serve as a resource for anyone interested in a similar career path or anyone who wants to discuss the many doors that a major in Spanish can open.